Home Uncategorized Our 13 Favorite Things to Do in L.A. This Weekend: Skate Like... 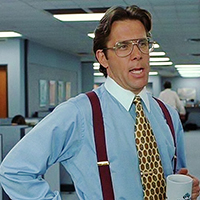 Thirteen is the magic number; that’s (at least) how many awesome things there are to do in Los Angeles this weekend.

MUSIC: Ms. Lauryn Hill
She’s out of jail and out on tour. The songwriter, rapper, and actress is back in the public eye after serving time for tax problems. She released a single last year, and there are rumors her first album in 15 years will follow soon. More information (May 17; Club Nokia)

MUSIC: Charles Bradley
He started as a James Brown impersonator. Then the Brooklyn-based soulster stepped out on his own. His onstage energy radiates, inspiring concertgoers to shake their moneymakers. More information (May 17; Fonda Theatre)

SKATE: Harry Potter Roller Skating Night
Don your robe and round spectacles. Festivities include music from the franchise, a costume contest, and the closest thing you’ll find to a Quidditch match without attending Hogwarts. More information (May 17; Moonlight Rollerway)

ART: Robert Swain: The Form of Color
Imagine stepping into the pixels of a computer screen. At the New York artist’s first solo museum show in California, his nearly 70-foot-long pieces made up of hundreds of squares immerse viewers in color. More information (May 17-August

MUSIC: L.A. Old Time Social
Fiddle and banjo enthusiasts alike can flock to the L.A. mecca for three days of bluegrass heaven. Where else can someone listen to several concerts, attend a music workshop, and learn to square dance all in the same place? More information (May 15-17; various locations)

KIDS: Bug Fair
Bug out for a weekend full of insect collections, bug-inspired artwork, and even bug chefs. See a variety of creepy crawlies, from tarantulas to scorpions, and learn about bug products like honey, wax, and silk. More information (May 17-18; Natural History Museum)

ART: The Mr. Show Show: An Artistic Tribute to Mr. Show with Bob & David
The name says it all: This is an exhibition inspired by cult comedy shows, created by Bob Odenkirk and David Cross. More information (May 17-24; Nerdmelt)

OPERA: A Streetcar Named Desire
From singing the national anthem at the Super Bowl earlier this year to playing the emotionally fragile Blanche DuBois, opera superstar Renée Fleming has had a momentous year. She stars in the opera version of the Tennessee Williams play, which sold out multiple productions on the East Coast last year. More information (May 18; L.A. Opera)