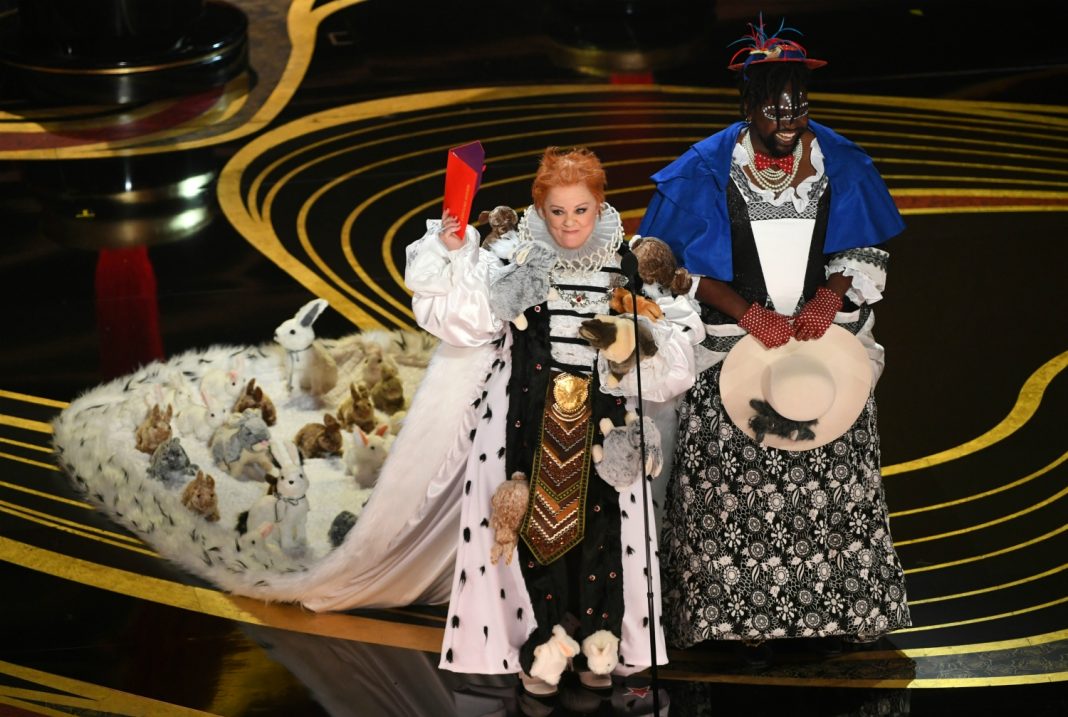 There was a lot of hand-wringing in the lead-up to the Oscars this year. After host Kevin Hart dropped out—and, presumably, after some hemming and hawing about who would be cool with stepping in as second choice—the Academy announced it was proceeding without a host for the first time since 1989. In case anyone let you forget (doubtful), that was the year Rob Lowe opened the show with a young nobody dressed as Snow White and all of Hollywood acted like the show’s producer, Allan Carr, had desecrated every industry legend’s grave in Hollywood Forever.

On KPCC’s The Frame, for instance, there was concern that the show would lack an overarching logic without a single person or small group of people ushering the proceedings along. There was also concern about the collection of pre-announced non-Hollywood presenters: tennis player Serena Williams, chef José Andrés, Congressman John Lewis (who I worry hasn’t actually seen Green Book), and others.

Organizing principal or none, the show moved at a nice clip for what seemed like the first time in history. Instead of a long, drawn-out opening sequence we got a performance from Queen with Adam Lambert and an efficient, three-minute bit courtesy of three of the funniest women on earth. And the show never once never had to grind to a halt so a host could remind the audience he exists.

Oscars without host is the best Oscars ever.

lesson from last night: there should never be an #Oscars host again. better without.

RELATED: The Perfect Oscar Hosts May Have Reared Their Heads at the Golden Globes