In their nearly 92 years, the only certainty with the Oscars is unpredictability—thankfully. What would we have to chat about around the watercooler (or on Zoom) the next day if Hollywood’s big night didn’t have a streaker or stoner host occasionally? Here, an incomplete but totally amusing timeline of Oscar’s memorable moments.

» Frank Sinatra hosts the Oscars from the Santa Monica Civic Center, but almost doesn’t make it into the building on time. He forgets his parking sticker, gets turned away from the parking lot by security, and has to park his own car on the street. 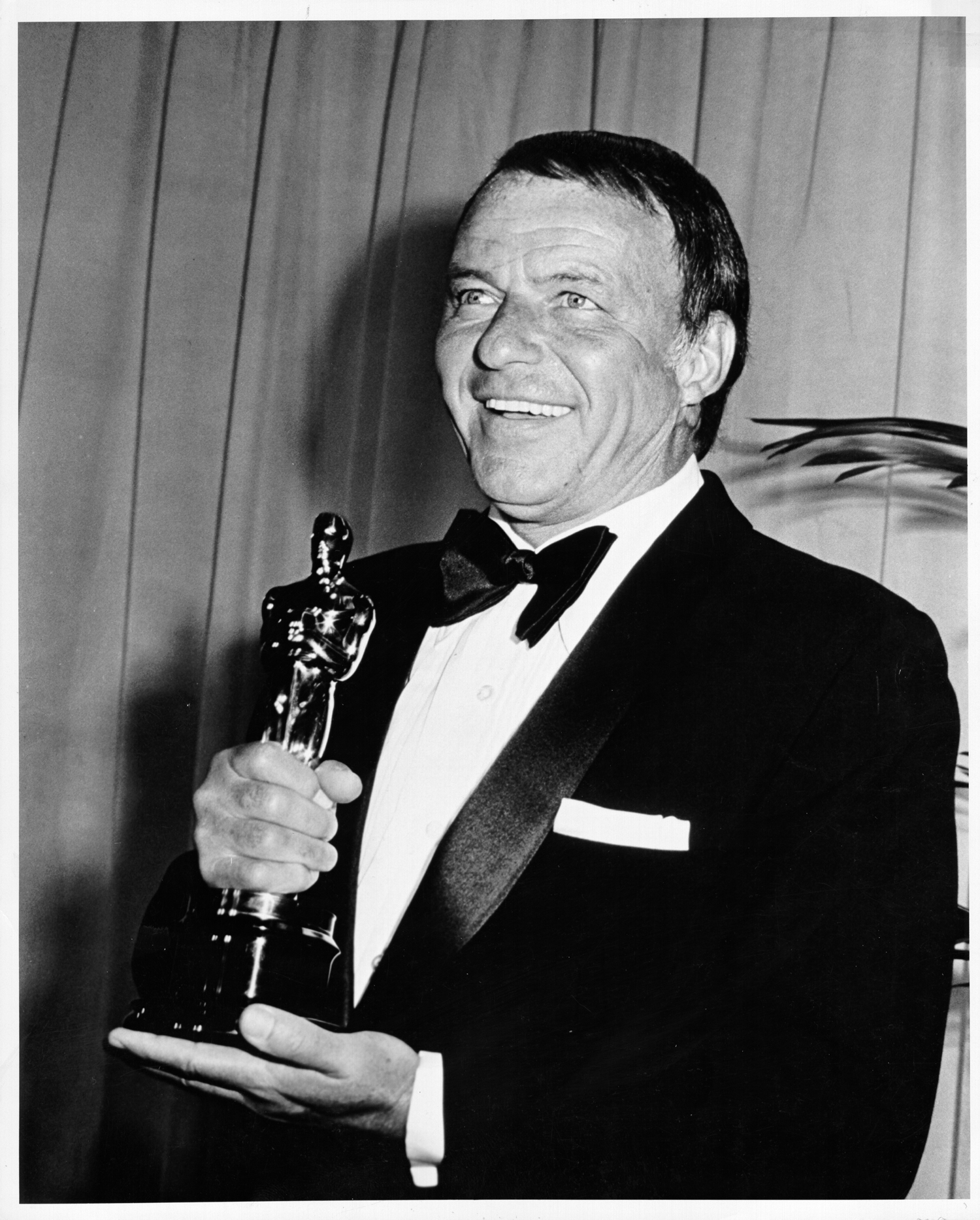 » Sammy Davis Jr. announces the Oscar winner of Best Score as Tom Jones. Too bad the music from Tom Jones wasn’t even nominated. Davis had been handed the wrong envelope.

» An anxiety-inducing strike by the American Federation of Television and Radio Artists (AFTRA) threatens to derail the Oscar telecast, but it’s settled with just hours to spare. Sardonic, 16-time host Bob Hope quips when the show starts, “I’m not ready for another crisis.”

» The Beatles’ “Let it Be” from their Let It Be documentary wins for Original Score. Oscar bandleader Quincy Jones jumps out of the music pit to accept for them.

» Katharine Hepburn wears gardening clothes and clogs to present the Irving G. Thalberg Memorial Award to producer-friend Lawrence Weingarten. A wardrobe consultant asked Hepburn’s companion, “When is she going to get dressed?” The famous answer: “She is dressed!”

» A streaker runs through David Niven’s intro to Elizabeth Taylor’s presentation of the Best Picture Oscar. Niven’s throwaway line saves the evening: “Isn’t it fascinating to think that probably the only laugh that man will ever get in his life is by strip- ping o and showing his shortcomings?” 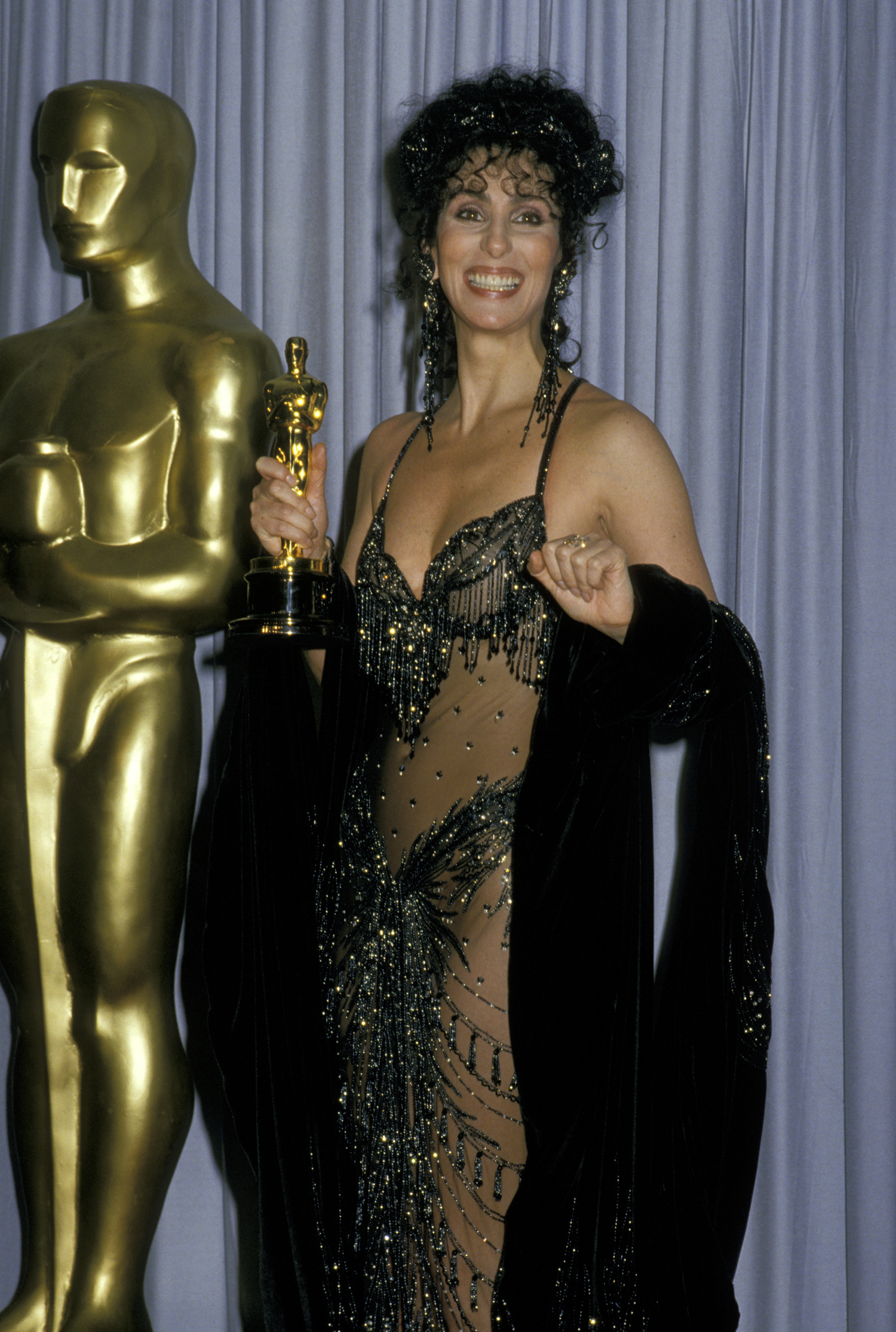 » Cher somehow finds new parts of herself to bare, wearing an ultrasheer, jewel-encrusted belly-dancer ensemble by Bob Mackie to accept an award for her performance in Moonstruck.

» Rob Lowe awkwardly sings and dances to a hopped-up version of “Proud Mary” with a live-action Snow White. The number was produced by super-showman Allan Carr, once known for Grease on Broadway, now mostly known for this debacle.

» Seventy-three-year-old Jack Palance, so excited about his win for Best Supporting Actor in City Slickers, drops to the stage floor and shows off his maniacal ability to do one-armed push-ups.

» When Italian director Roberto Benigni’s Life Is Beautiful takes Best Foreign Film, he jumps out of his seat, climbs over the backs of other people’s seats, and hops his way to the stage like the Energizer Bunny.

» Angelina Jolie wins Best Supporting Actress for Girl, Interrupted and in her acceptance speech proclaims “I’m so in love with my brother right now!” Later that night, she and bro James Haven publicly lock lips at the Vanity Fair Oscar party. 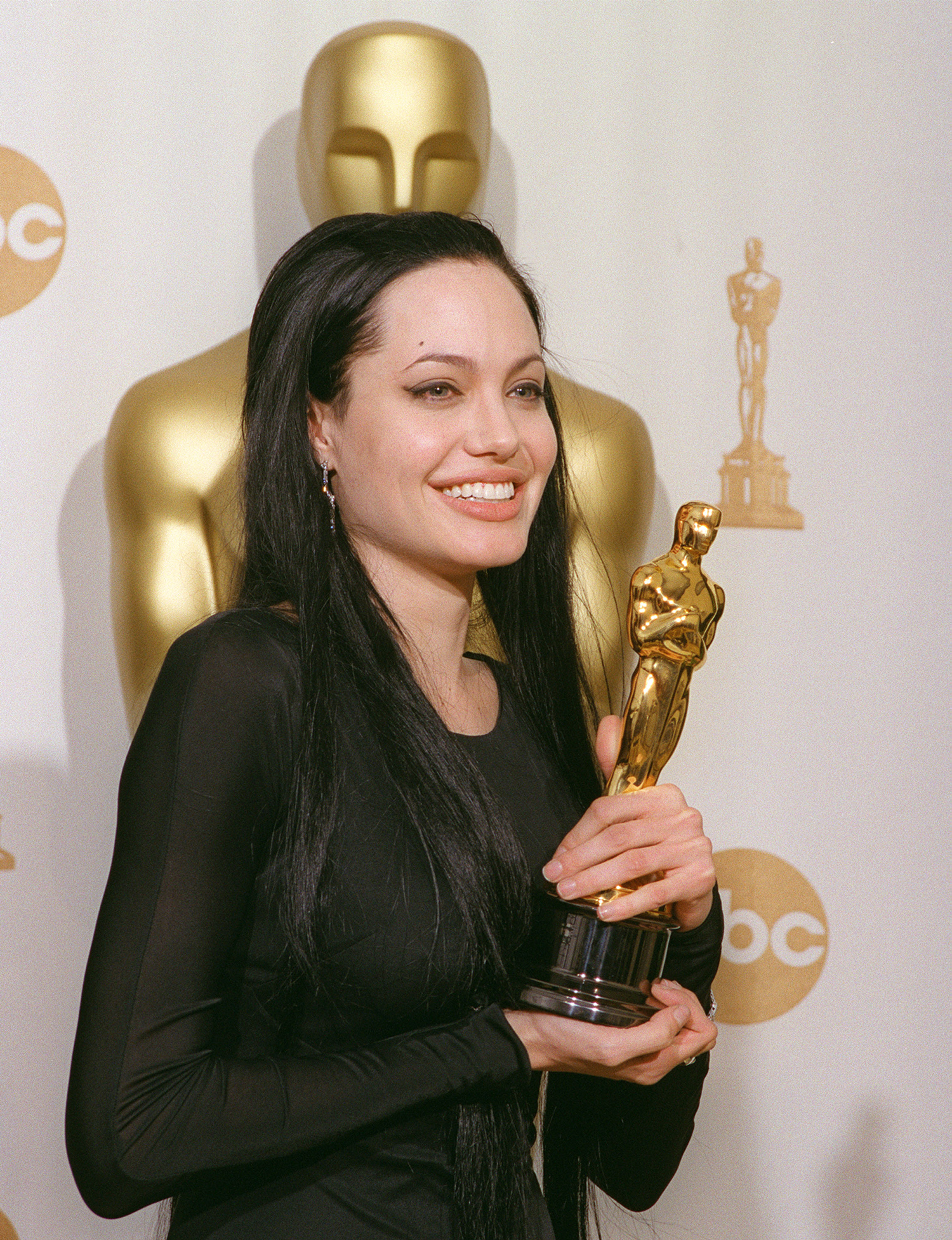 » Oscar nominee Bjork wears a giant swan dress by Macedonian designer Marjan Pejoski and turns walking the red carpet into performance art by pretending to lay an egg on it.

» Surprise Best Actor winner Adrian Brody (The Pianist) bolts to the stage, grabs presenter Halle Berry, bends her backward, and kisses her wildly on the lips. His competitors in the category, Jack Nicholson and Nicolas Cage, cheer him on. “I was like ‘What the fuck!’” Berry later tells Andy Cohen about the moment.

» Brad Pitt, Angelina Jolie, and Jennifer Aniston are all in attendance. Aniston, who brought lothario-singer John Mayer as her date (awkward enough), presents an award within the stage’s-eye view of her ex and his femme fatale, who were caught on camera trying to act natural. Their performances eclipse those of the night’s actual winners.

» Jennifer Lawrence trips over her Dior gown while taking the stage to accept the Best Actress award for Silver Linings Playbook, starting an ongoing debate about whether her clumsiness is cute or contrived. 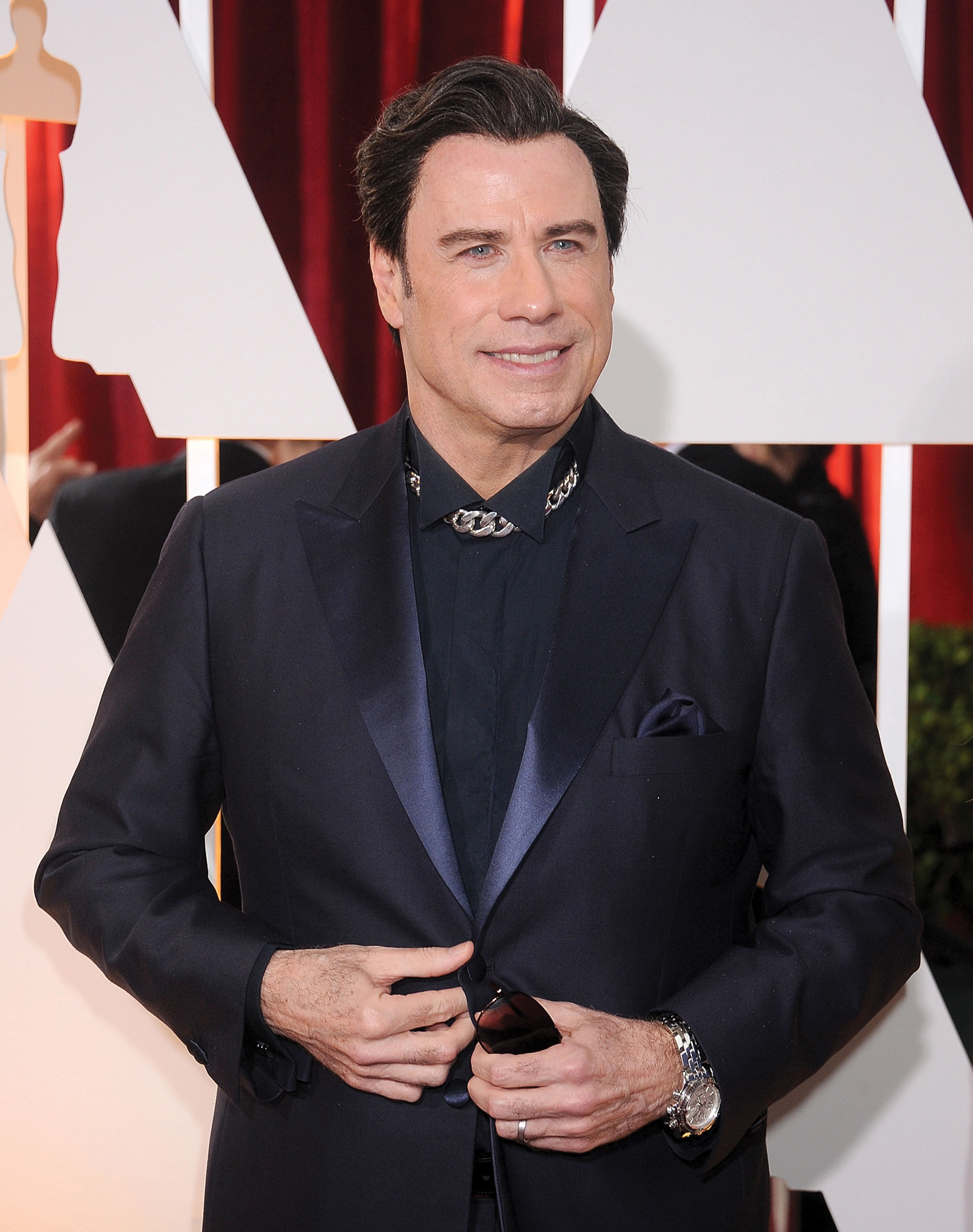 » Faye Dunaway and Warren Beatty are handed the wrong envelope for Best Picture and mistakenly announce La La Land, not Moonlight. Working for PricewaterhouseCoopers has never seemed so fraught with danger.

» James Corden and Rebel Wilson take to the stage in costumes from the mega-flop Cats to present the Oscar for Best Visual Effects, explaining their cosplay with, “As cast members of the movie Cats, nobody more than us understands the need for good visual effects.”