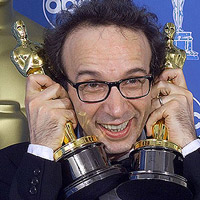 While the results of the showdown are mostly spot-on, there are a few pairings we can’t help but disagree with:

The King’s Speech over The Social Network vs. Roberto Benigni’s Acceptance Speech: Social Network was a fantastic film, but the classy Colin Firth-Helena Bonham Carter combo beats out the homage to Mark Zuckerberg, which starred Jesse Eisenberg as basically himself. (David Fincher, we still think you’re amazing.)

Stanley Kubrick Never Wins Best Director vs. James Franco As Oscars Host: It’s a travesty that Kubrick never took home an Oscar—the man was a genius—but the real gut-wrencher is James Franco hosting the Oscars. We’d say it was America’s punishment for watching Your Highness, but we’re not sure anyone saw that movie. Poor Anne Hathaway. She did her best to keep the ship afloat, but her disappointment was palpable on millions of TV screens.

Disagree with our gripes? Vote for your picks on Grantland’s Facebook page.