Home Theater One of Broadway’s Most Famous Lyricists Had a Sad, Dark Past 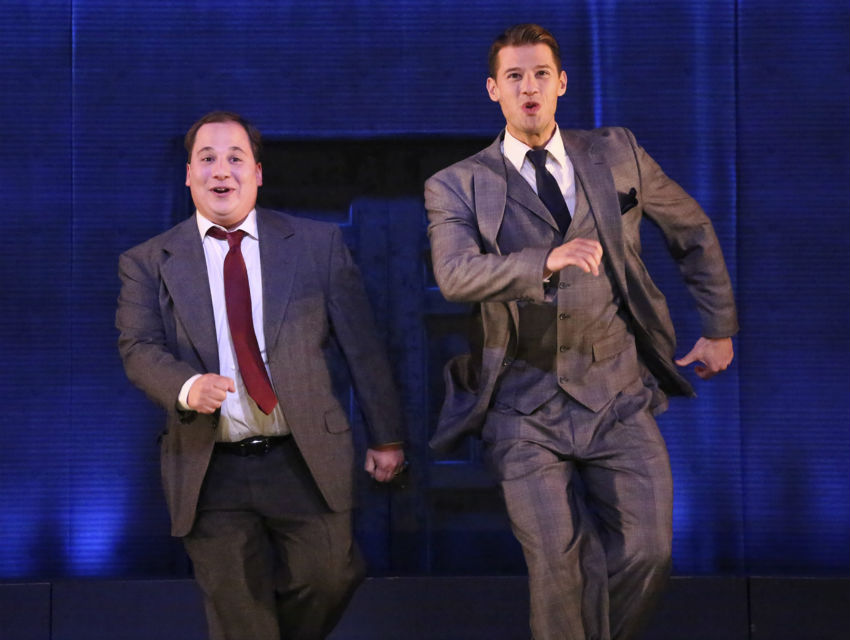 Al Dubin, the man who wrote lyrics for “Tiptoe Through the Tulips,” “Forty-Second Street” and “Lullaby of Broadway,” fought a well-documented battle against drug and alcohol addiction. So while it may seem like an unlikely story for a musical, Dubin’s life and lyrics are front and center in I Only Have Eyes For You, which opens tonight at the Montalban Theatre in Hollywood. (The title comes from one of his most recorded songs.) Overseeing the show as director and choreographer is Kay Cole, who die-hard theatre fans will remember as Maggie in the original production of A Chorus Line.

“This is a story about a very complex, brilliant man and his trials and tribulations,” Cole says during a break in rehearsals. “His music is so extraordinary. The lyrics are profound, often times silly, and the goal for me was to keep the storytelling alive within the dance.” If you’ve seen classic Busby Berkeley musicals from the ’30s or the Broadway show 42nd Street (which opens later this month at the Pantages), then you are familiar with a slew of Dubin’s lyrics that were set to music by Harry Warren.

Cole says that creativity and troubles make for good drama. “He wanted to be a good person,” Cole says of Dubin, “but he was driven by many demons. In that day and age there wasn’t that much support to help someone like that. I’m not saying it’s good, but it certainly is fascinating for creativity.”

Since Dubin isn’t exactly a household name, why do a musical about him now? “He was a force,” Cole says. “His songs and lyrics have lasted this long. Most creative people want to have something to be left, even if your life is falling apart. I think the show is wildly entertaining. It has everything a musical should have: it tells a moving story and it’s humorous and funny and the dancing is amazing. This is the history of musical theatre and musical film. These are songs that touch people’s hearts for all the right reasons.”