A lot of impressive festival lineups have been announced in recent weeks, but the roster of acts that’s signed on for Once Upon a Time in L.A. Fest might just top them all.

Multiple generations of funk and hip-hop fans will find lots to love at the daylong fest, which goes down on December 18 at Banc of California Stadium in Expo Park. It’s a spinoff of the Once Upon a Time in the LBC fest, which was held in Queen Mary Park back in 2019.

Did you come up in the early ’90s? Snoop Dogg, Ice Cube, Bone Thugs-N-Harmony, Too Short, and Cypress Hill are on the lineup. Did you get into R&B when LPs and eight tracks still reigned supreme? Al Green, the Isley Brothers, the Delfonics, and the Chi Lites are taking the stage. And then there’s the new gen of West Coast hip-hop stars, from Blueface to Drakeo the Ruler. 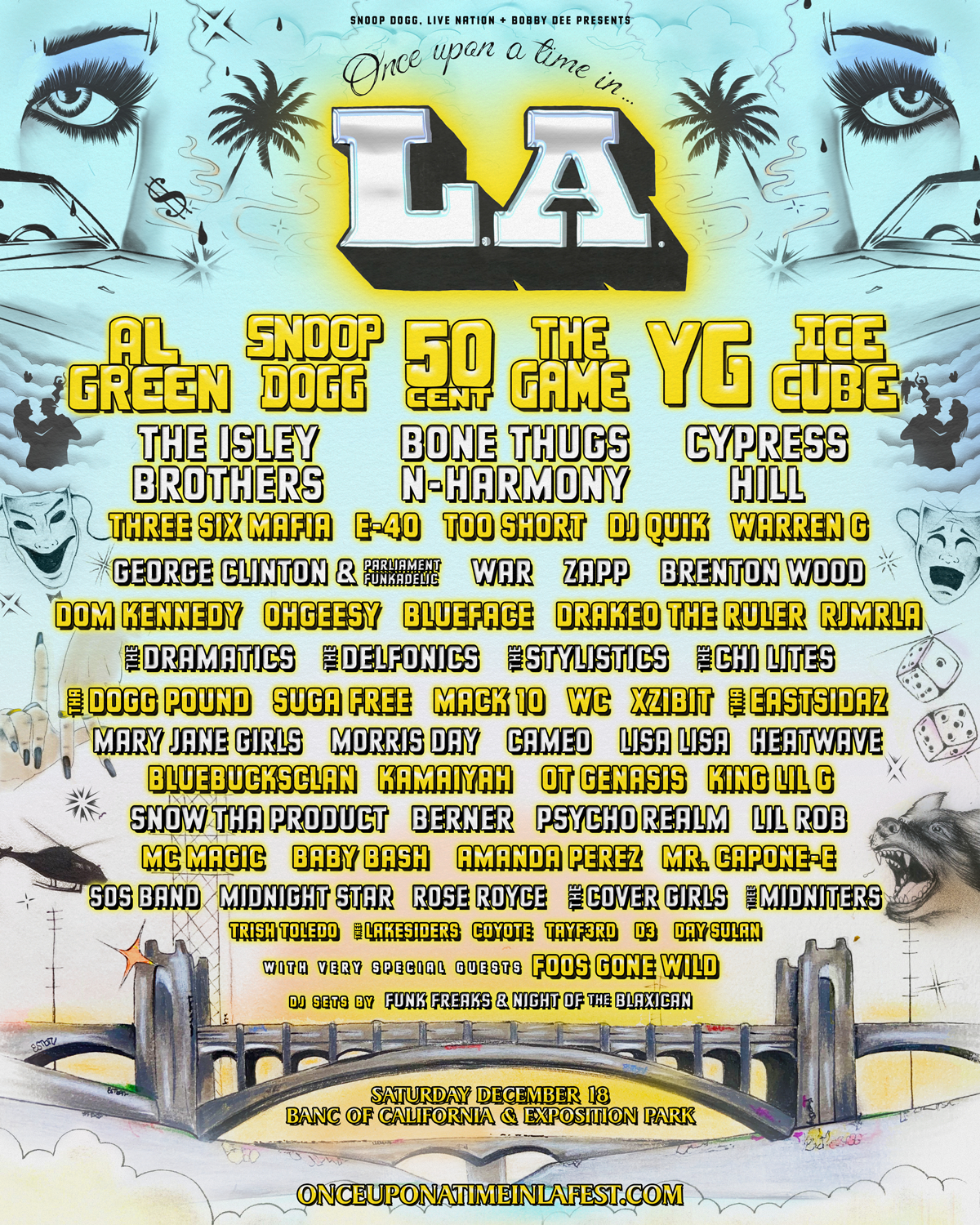 Tickets start at $159, but fans who are little thin at the moment can put just $19.99 toward their ticket. Ticket presale starts this Friday, June 25, at 10 a.m., but you can register for a code now on the fest’s site.