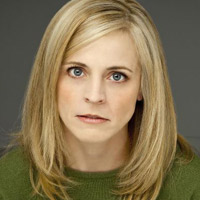 Aspen, Montreal, and even Melbourne are known for their comedy festivals. L.A., not so much. Which is odd, given that the city is home to SNL boot camps like the Groundlings and the West Coast outpost of the Upright Citizens Brigade. This is where the Funny or Die crew rests their heads, for Pete’s sake. Abbey Londer, a 26-year-old comedian, has set out to change that with Riot LA, a three-day festival of indie comedy beginning September 21. Patton Oswalt, Marc Maron, Eddie Pepitone, Maria Bamford, and a murderers’ row of jokesters—from the famous to the fledgling—will take over small downtown venues like the punk club the Smell and the Downtown Independent cinema. “I didn’t want to use huge, thousand-seat theaters scattered around the city,” says Londer of the grassroots throwdown. “I want to bring L.A. something different, to expose the underbelly of comedy to everyone.” In a city where four out of five residents would rather watch reruns of Extreme Couponing than visit a typical comedy club (true statistic!), Londer isn’t just making mirth, she’s offering a ray of hope.