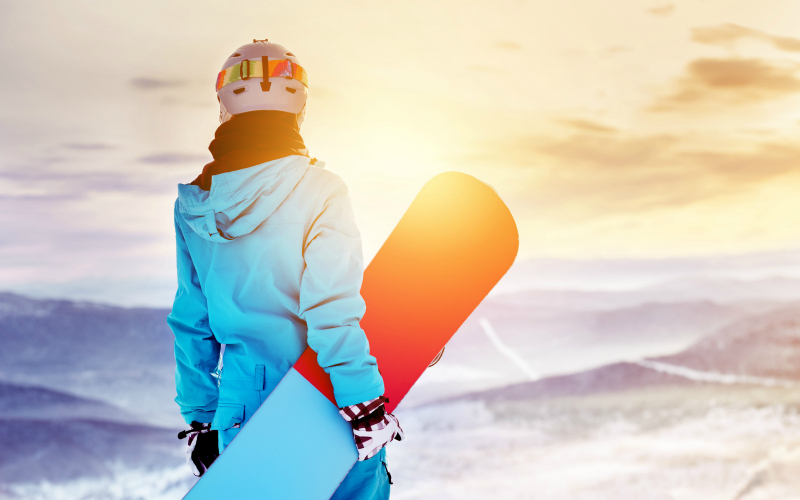 Photograph by Molchandovdmitry / Getty Images Plus

Long Beach-based Chloe Kim is just 17, but in the snowboarding world, she’s already a huge star. Four years ago, she qualified in competition to join the U.S. Olympic Team going to Sochi, but judges ruled she was too young (she was fine—she went on to win two gold metals at the Youth Olympic Games and four golds at the X Games instead). Now, in PyeongChang, the wunderkind will finally get her chance to compete amongst the best athletes from around the world.

Her father, Jong Jin, brought her out on her first slope at the age of four. She took to the sport immediately. By six she was entering junior competitions and Jin was driving her up to Mammoth Mountain to practice as often as he could. On one of those early trips, Kim met her idol, Kelly Clark, one of the first women to compete in Olympic snowboarding, and the two developed a bond that has continued through a decade of training and friendship. This year, Clark—now 34 and a three-time medalist competing in her fifth Olympics—can count Kim as a teammate.

“Chloe is one of the most talented young riders I’ve ever seen,” Clark said in a statement on the Team USA website. “I’m really excited to see where she pushes herself to, and where she takes the sport. Hopefully, my ceiling will become her floor.”

Since arriving in Korea for the games, Kim’s preliminary rounds have her looking like a strong contender. Her two halfpipe runs were the first and second highest scores of the qualifiers. She competes Monday night in women’s halfpipe (livestream available here) but, medal or not, we would say the girl deserves all the churros she wants.

RELATED: Everything You Need to Know About NBA All-Star 2018 In L.A.

The Olympics Are Returning to Los Angeles!