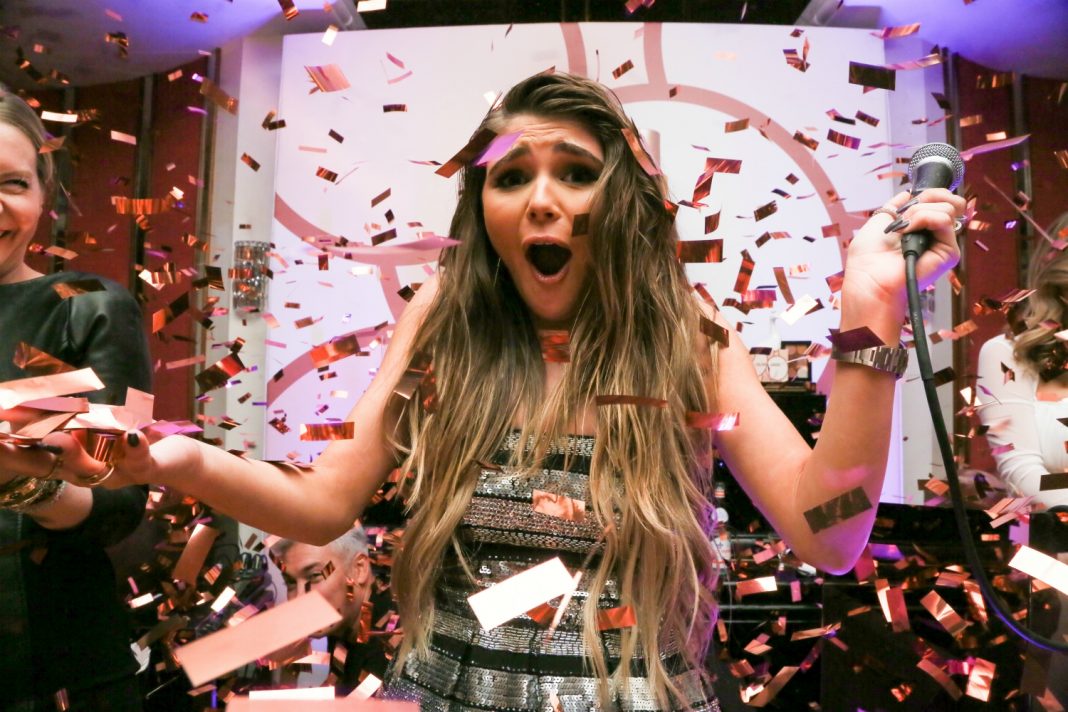 YouTuber Olivia Jade Giannulli, daughter of Lori Loughlin and Mossimo Giannulli and the most famous college student to become embroiled in the 2019 college admissions scandal, sat down for a 30-minute interview with Red Table Talk, which aired Tuesday morning on Facebook.

“She chose three Black women to reach out to for her redemption story. I feel like, here we are, a white woman coming to Black women for support when we don’t get the same from them,” Banfield Norris said. “Her being here is the epitome of white privilege.”

In defense of the decision to host Olivia Jade, Pinkett Smith says, “I never want to be the thing that was done to me by white women.”

Upon joining the conversation, a contrite and nervous Olivia Jade said she’s learned about her own privilege and has grown as an individual. “I feel like I deserve a second chance to redeem myself, to show I’ve grown,” the 21-year-old said. She also somewhat awkwardly said her mother’s prison term could be a positive, a chance for reflection: “Hopefully it will be a blessing in the end.”

In March 2019, Olivia Jade was a 19-year-old freshman enjoying spring break on a friend’s yacht when she discovered—along with the rest of the world—that her parents were being charged with fraud for bribing her way (and her sister’s way) into USC. Both mom Loughlin and dad Giannulli eventually pleaded guilty to the respective charges against them, and both are currently serving out sentences in federal prisons in California.

Olivia Jade admitted to her interviewers that when news of the scandal first broke, she didn’t understand why people were so upset. Paying to get kids into college was commonplace in her circle of family and friends. But the more she learned, the more she saw injustices. She even volunteered with kids at an after-school program in downtown L.A.

“On paper it’s bad, it’s really bad,” Olivia Jade said. “But what I think a lot of people don’t know is my parents came from a place of just, ‘I love my kids, I just want to help my kids, whatever’s best for them.’”

Neither Loughlin nor Giannulli went to college, and Olivia Jade suspects that’s why they were so insistent on she and her sister attending. Alas, after the scandal broke, Olivia Jade never returned to USC. “I shouldn’t have been there in the first place clearly, so there was no point in me trying to go back,” she said.

The episode doesn’t exactly address how much Olivia Jade knew while she was applying for college, but she says that she trusted the “college counselor” (Rick Singer, the now-infamous mastermind behind the admissions scandal), and worked her “ass off” in high school, writing college admissions essays about her YouTube channel and Vidcon. She says her oblivion never caused her to be angry at her parents.

“I know they’re good people and I know that I’m not going to judge them for a mistake they made and although it’s a big one, they’re going to pay the price for it,” she said.

RELATED: A Source Says Olivia Jade Is Leaving USC to Return to Influencing