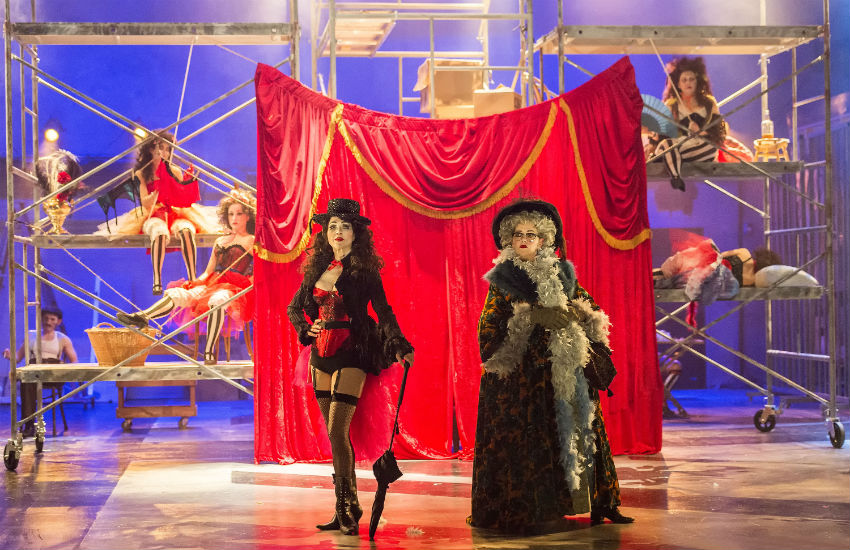 Lots of people know the song “Mack the Knife” from Bobby Darin’s famous rendition, or perhaps from the brilliant if not totally accurate live performance by Ella Fitzgerald where she forgot the lyrics. But neither of these versions captures the vastly different style of the original song, written to introduce the main character of The Threepenny Opera. With A Noise Within repertory theatre’s new production, you can see it for yourself in its proper context.

As part of their Revolution themed season, the repertory theatre presents a new production of the classic Bertolt Brecht and Kurt Weill masterpiece staged by Michael Feingold. Written in 1928, the play takes place in Victorian London but is really an elaborate metaphor for Weimar-era Berlin. The story follows the devious criminal Macheath (Mack the Knife) and his merry band of beggars and thieves. The social commentary and its depiction of corruption and vice on a backdrop of Queen Victoria’s coronation raises questions about problems in society that are as relevant today as they were when the play was written.

The potentially most exciting thing about Feingold’s staging will be the rendition of “Mack the Knife.” The swinging jazz versions of the song—which in the show is called “The Ballad of Macheath”—are so hip and fun that it’s easy to ignore the lyrics and just move your body to the syncopated rhythms. But when you hear the slow, gruff, organ-grinding of the original recording, it captures the sneaky character of the play’s anti-hero protagonist and forces you to interpret the lyrics. It’ll be interesting to see how A Noise Within presents Macheath but it’s sure to be a surprise if audience members are only familiar with the swing versions of “Mack the Knife.”

The new production is designed to be in the repertoire simultaneously with the theater’s production of Julius Caesar, also part of the Revolution theme, and there are three dates when audiences can see both plays on the same day (April 12, 25, and May 2).

The Threepenny Opera runs through May 17, 2015 at A Noise Within repertory theatre in Pasadena. Tickets and information here.

How One of L.A.’s Indie Theater Companies Has Managed to Stay Alive for 25 Years (and Counting)