Home Music Noel Gallagher Killed it at the Orpheum 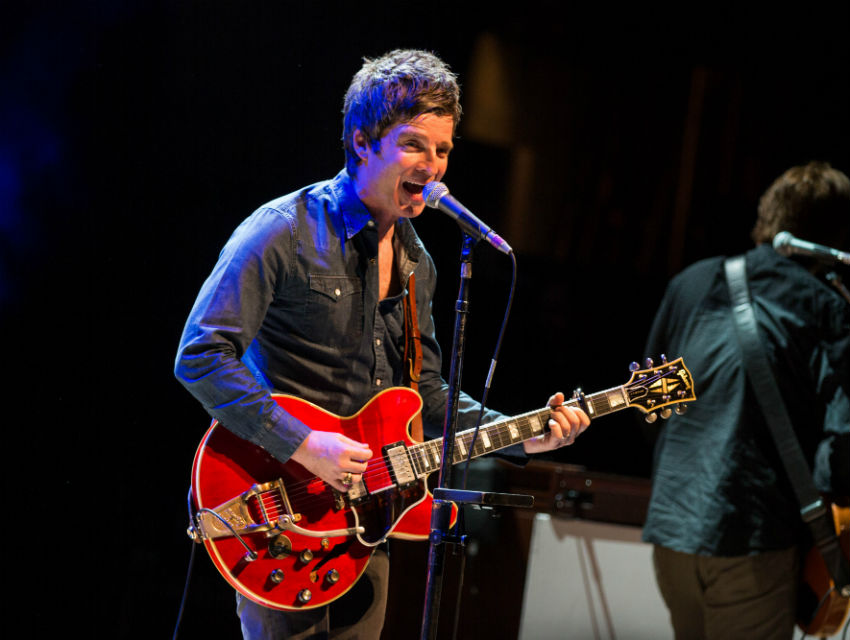 “Where’s Liam?” shouted a guy in the orchestra to a chorus of boos from the rest of the audience. “Liam? Who’s Liam?” Noel Gallagher shot back to a wall of cheers Wednesday night at The Orpheum, where he soared through 20 songs with his post-Oasis outfit, Noel Gallagher’s High Flying Birds.

Amid recent whispers that younger brother Liam would reform Oasis without the elder Gallagher, Noel said earlier this week that he could “never forgive Liam” for their infamous dust-ups during the Oasis years, which culminated in their 2009 demise.

Until the Gallagher brothers find an olive branch—they may need the whole tree—we’ll have to take their sets separately, and that’s not necessarily a bad thing. Noel’s voice remains smooth and commanding, his stage presence is stoic yet inimitable, and he peppers just enough Oasis material into his two-hour set to satisfy any Britpop devotee.

In fact, some of his High Flying Birds tracks are culled directly from unused Oasis material dating back to their tenure at the top of the charts, and top-flight quality shows.

If there’s anything to critique, it’s that, for the casual listener, one Noel track can blend into another—“Riverman” sounds a tad like “Wonderwall”—but this takes nothing away from the songwriting prowess Gallagher displays. Over the last two decades, Gallagher has forged his identity with some of the most endearing and recognizable songs of all time.

But it’s his legendary sense of humor that makes Gallagher so much larger than life. Called out by an inebriated fan, Gallagher responded, “Rock on brother? I’m not your fucking brother, you’re talking out your arse now.” Picking up his acoustic guitar, he added, “Well, I’ve got this in my hand, so I’m going to folking folk out like a bastard.”

As good as post-Oasis songs such as “If I Had A Gun,” “You Know We Can’t Go Back,” and “The Mexican” are, it’s hard to top the moment the first chords of “Champagne Supernova” rang out halfway through the set, the audience sing-along practically drowning out the band. He skipped “Wonderwall” last night, but opted for “Digsy’s Dinner” from 1994’s Definitely, Maybe, as well as “The Masterplan.” However, it was show-closer “Don’t Look Back in Anger” that brought the most elation to a crowd clamoring for the day the Gallagher boys can put their swords away and do just that.

Noel Gallagher’s High Flying Birds played:
Do the Damage
Stranded on the Wrong Beach
Everybody’s on the Run
Fade Away
In the Heat of the Moment
Lock All the Doors
Riverman
The Death of You and Me
You Know We Can’t Go Back
Champagne Supernova (Oasis song)
Ballad of the Mighty I
Dream On
The Dying of the Light
The Mexican
AKA…Broken Arrow
Digsy’s Dinner (Oasis song)
If I Had A Gun

Scene It Before: The Orpheum Theatre from Pretty Little Liars