Home TV No Spoilers: Our 5 Favorite Things About the New Season of “Game... 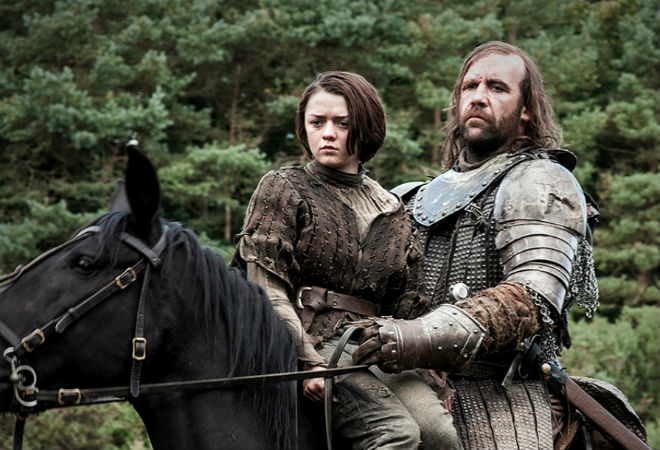 TV’s equivalent to heroin, Game of Thrones, is back for its fourth season. Based on the third and fourth novels in the A Song of Ice and Fire series by author and captain’s hat aficionado George R.R. Martin, the new season promises to be the most epic yet. That’s according to show creators David Benioff and D.B. Weiss and, we’re guessing, your obsessive co-worker who has read the whole series and can’t stop talking about “how real it’s about to get!”

Two episodes into season four and we’ve already seen some drastic developments. (Would it be Game of Thrones without at least one plot-altering sex scene per episode?) Considering how season three wrapped up with the mother of all narrative crescendos (we’re crying over “The Red Wedding”), it’s hard to imagine how the show can possibly up the ante anymore than it already has. (Hint: more screen time for the teenage dragons.)

Here are our five best things about the new season—so far.

❶ Prince Oberyn Martell (whose house is a sworn enemy of the Lannisters) and his wife Ellaria Sand arrive in King’s Landing for Joffrey and Margaery’s nuptials. They’ve barely been in town for an hour before Martell stabs a Lannister in the hand at one of Littlefinger’s brothels and informs Tyrion that Lannisters aren’t the only ones who pay their debts. We have high hopes for this guy.

❷ We’re thrilled that Theon is finally free from Ramsay Snow’s torture chamber. Betraying the Starks and killing those peasant boys was bad, but after spending an entire season strapped to a wooden cross thanks to a psychotic illegitimate son of a lord with a chip on his shoulder and a penchant for cutting off limbs, we think Theon has learned his lesson.

❸ The second episode featured the wedding of King Joffrey and Margaery Tyrell, whose skillful manipulation of the monstrous boy king suggest we can expect great things from her. Did you notice the cameo by Icelandic indie band Sigur Rós, which performed a solemn rendition of the Lannister theme “The Rains of Castamere” on wacky fantasy instruments during the feast?

❹ Tywin Lannister is for the most part a truly sinister character, but he’s less menacing when joined by Olenna Tyrell (superbly played by Diana Rigg) for a brisk, high-stakes stroll around the garden. Also known as the Queen of Thorns, Lady Tyrell is one of the best things about GOT right now. Her subtle (and less than subtle) desire for power is only rivaled by her snarktastic responses to Tywin’s rhetoric.

❺ In case you missed the season opener, Arya Stark has finally become the badass we always thought she could be. Last season ended with Arya expediting a roadside bandit for badmouthing her late brother Rob while the Hound looked on in amazement. We love these two as a team. Is it too obvious to wish for a GOT spin-off Stark & Hound, a buddy cop show with lots of gratuitous violence and dark horseback banter?