Home Music Festivals Nine Up-and-Coming Acts Your Future Self Will Regret Not Seeing at Coachella... 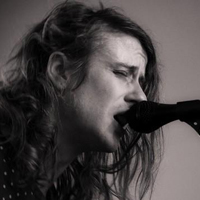 Saddle up, Angelenos: It’s time to ride into the desert again. With not one but two Coachella weekends to digest, there will be plenty of chances to catch big time bands (the Black Keys, Radiohead, Dr. Dre, and Snoop Dog), plenty of places to spot Vanessa Hudgens dressed in fringe, and plenty of traffic to endure. More difficult to navigate are the bands listed on the flyer in tinier-type, so we’ve picked out the best acts to scout on the smaller stages. Stay hydrated, folks.

Other Lives
Poor Other Lives. This Oklahoma band has had to headline for some really small time guys, like Bon Iver and Radiohead. While we wouldn’t recommend you skip either one of those in Indio, this talented indie-folk act will also quench your thirst for inventive harmonies, echoey vocals, and thickly layered instrumentals.

GIRLS
GIRLS, despite their name, is not a band of girls. It’s the outfit of Christopher Owens and Chet White (above), two guys whose Father, Son, Holy Ghost was one of 2011’s best LPs: It manages to combine whirly Pink Floyd guitars, lo-fi anthems, and melancholy moments steeped in catchy melodies. This could be that moment of the weekend when you close your eyes, sit back, and let the music wash over you with a dazed smile.

Givers
While the Black Keys are no doubt going to rock the desert with southern-tinged blues, Louisiana’s Givers will do it in a different key, and with a bit of Cajun and Zydeco flair. Want to dance but can’t get down to David Guetta? Here’s your chance. Their music is clever, fun, and booming with a Vampire Weekend-meets-New Orleans sound.

Gary Clark Jr.
Texan Gary Clark Jr. has been making a splash lately at various music festivals, and rightfully so: It’s been too long since someone has played such an authentic yet deliciously modern version of the blues. At times traditional and at others Jimmy Hendrix-inspired, Clark’s songs are of the new wave of a long-fading musical genre that’s too often imitated, not reinvented.

Laura Marling
Feist will bring the female-fried poppy-folk contingent to the main stage, but why not check out Laura Marling, who plays a version steeped in smart solemnity and singer-songwriter craft? A little PJ Harvey, a little Mumford & Sons, a little Belle & Sebastian, Marling’s part of the new invasion of British ladies with unique voices and a whole lot to say. Listen up.

The Vaccines
Last year the Strokes rocked the Coachella stage with their New York-ified, Lou-Reed-skinny-jeans-and-Ray-Ban’s sound. This year look to the Vaccines to fill the rock and roll swagger spot. Hailing from London, this quartet plays guitar-forward thumpers that will offer a nice break from the day’s synth- and keyboard-heavy lineup.

At the Drive-In
OK, so At the Drive-in is by no means an under-the-radar band, but for many, this will be the highlight of the weekend. Why? This post-hardcore group (two of whom founded the Mars Volta), have influenced countless others since their break-up in 2001. They announced this reunion show out of the blue with no plans to record new material. Catch them while you can. And leave the flip-flops in the hotel room in favor of something with a little more steel in the toe.

Oberhofer
Describing their music as “coincidence-pop,” Oberhofer is the brainchild of Brad Oberhofer, whose plucky, orchestral songs carry some of the spirit of big-stager Andrew Bird with the eccentricities of a Pavement or Dirty Projectors. It’s music rich with influences and imaginative nooks and crannies, perfect for a day that could begin with Gotye’s hits and end with rap legends. Coincidence? Perhaps.

First Aid Kit
While it’s fun to watch Florence Welch and her machine rip through booming anthems, turn to Sweden’s First Aid Kit for perfect harmonies and luscious folk from sisters who have already worked with Jack White and Bright Eyes’ Mike Mogis. This is the perfect way to cap off a roller-coaster weekend. Or to prepare for doing it all over again—but you might need an actual first-aid kit after that.

Check out more music coverage by Marissa R. Moss at her new blog, Lockeland Springstreen.
ALSO: Take the Hella Out of Coachella