Home Uncategorized Nikka Costa Will Not Be Taking a Seat at the Luckman This... 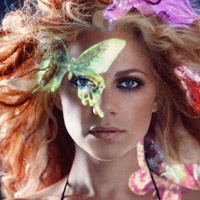 A Culture Files Q&A with the funk-rock star

Your concerts are notorious for getting loud and crazy, but you’re playing the Luckman, a cultural arts theater, on Saturday. What should we expect?
I’m just going to do my thing. The sitting down thing is not my ideal scenario, but we usually fix that within the first two songs. I tend not to take no for an answer, and we have ways of getting people to stand. I have done some acoustic-style shows that are more theater friendly, but I think [the Luckman] is trying to book things that are more lively, and that’s what we’re going to do.

You have so much energy when you’re on stage. Are you always that way?
I don’t really walk around life being like that, but it’s a side of me—I’m a Gemini, so I have at least two sides if not more. I’m up there to be bigger than life and to entertain and to help people forget their troubles. When performers sound exactly like the record and just stand there, it’s nice and fine, but I could have stayed home and played the record. People pay a lot of money to come, especially now when it’s hard to come by dough, so they should get a show. For me, part of that is getting the [audience] involved.

You grew up partly in L.A. How does that influence your music?
I was a teenager here when hip hop was becoming big and so was R&B. I always loved the old school stuff from the seventies, and then it was reinvented with sampling. I went to Beverly [High School] for a couple of years and then I got kicked out and went to a high school for working kids because I was already touring.

You got kicked out of Beverly High! What for?
Oh, maybe I should make something up. Smoking crack? No. I moved out of the district. So boring. Yawn!

Are you working on any new material now?
I am, yeah.

How far are you in the process?
Well, it’s not over until it’s over, so it’s kind of hard to say. I just continue writing even through the making of a record, but I’m not even in the studio yet.

What’s your writing process like?
I used to just sit down whenever inspiration struck, but now I have a five year old, so that has completely been altered. And no, I don’t wake up to jot things down in the middle of the night. Usually I’m so tired by the end of the day that I’m drooling on my pillow. I carve out a portion of my day and I sit down and do it like a real job. At the end of the day, writing I think is a muscle and you just have to be in the chair ready for it to happen.

Your last release, PRO★WHOA!, experimented with pop and electronica. Are you still moving in that direction, or are you getting back to your soul-funk roots?
I don’t know what [the new album] is going to be yet. Every time I think I know, it changes anyway. I have a pile of rock songs and I have a pile of Bill Withers-y kind of songs and I bounce between the two daily.

So, any big post-show plans?
No, probably not. Well—if the show’s good, then yeah, maybe we’ll go out after. I hope so!

Nikka Costa will perform at the Luckman on Saturday, May 12.