Home Nightlife Take a Look at the Crazy, Colorful Scene at Night on Broadway 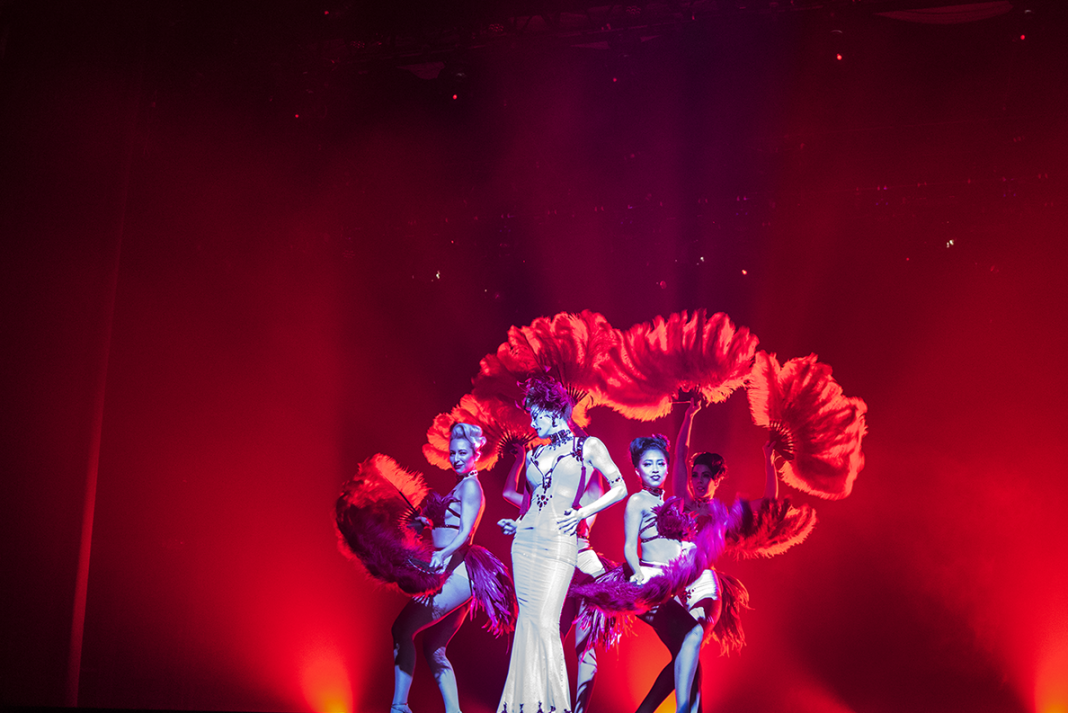 Thousands of people filled one of downtown L.A.’s most storied thoroughfares on Saturday night for Night on Broadway. Now in its fourth year, the annual street festival ignited the stretch of Broadway from 2nd to 9th streets with free programming at the historic theaters, live outdoor performances (the B-52’s headlined), art installations, a roller derby rink, food trucks, and carnival rides.

This year marked the tenth and final anniversary of Los Angeles City Councilman Jose Huizar’s Bringing Back Broadway initiative, a revitalization plan to boost economic development and historic preservation along Broadway and re-establish the street as the heart of downtown. Take a look at the neighborhood’s busiest night of the year. RELATED: How a Malibu Man Turns a Downtown Building Into a Massive Musical Instrument

Night on Broadway Is off for 2019. Could This Monthly Series Fill the Void?