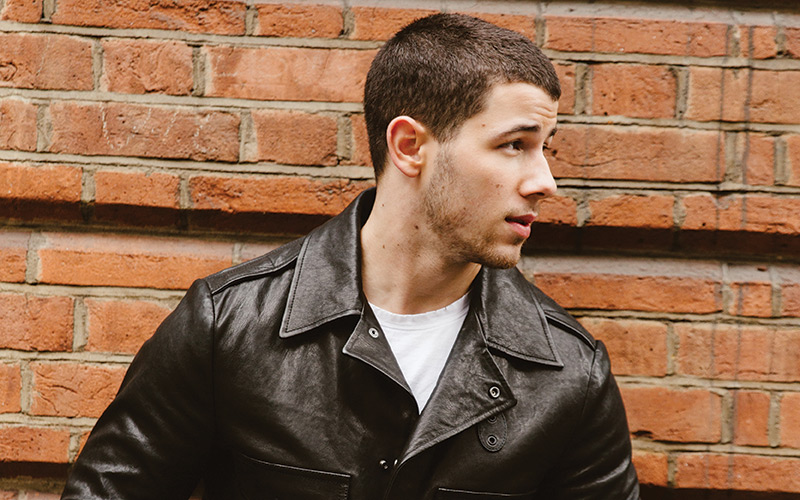 The odds were stacked against Nick Jonas when it came time for him to strike out on his own: He was a Jonas Brother (“JoBro” if you’re a fan of a certain age), meaning he had to disentangle himself from the music—and the bros—that brought him fame. He was also a product of the Disney Industrial Complex, meaning he had to gracefully shed the House of Mouse’s trademark squeaky-clean sheen, preferably while avoiding a public meltdown or a stint in rehab. (He’s dodged both to date.) But odds be damned. The 25-year-old New Jersey-raised, Sherman Oaks-based singer-songwriter has transcended child stardom to become, as Disney might put it, a Real Boy.

Since 2014, he’s released two solo albums and has a third on the way (plus his original song “Home,” which you can hear in the new animated movie Ferdinand, just landed him a Golden Globe nom). He’s parlayed an early turn on Broadway into an acting career, complete with a meaty role alongside Dwayne Johnson in this month’s Jumanji reboot (December 20)—which has already raked in nearly $2 million thanks to early sneak screenings and a lot of hype (the movie is certified 86 percent fresh on Rotten Tomatoes). He’s even made the rounds on the reality circuit, navigating the Sierra Nevada with Bear Grylls on the celebrity survival show Running Wild. “It’s been insane,” he says of his year with a laugh. And there’s more where that came from. First, though, Jonas salutes Michelle Obama’s baseball skills and the best fried chicken in L.A.

Board game you’d want to get sucked into, Jumanji-style?
Monopoly. The strategy, the acquisition of property—I love it. And it can go on for a long time, so you’d get your money’s worth when you get sucked into it.

You believe in aliens.
That’s true.

Who is someone you’d take with if you were abducted?
Someone who could tell the story in extreme detail is Jack Black. And it’d be very funny. He’s the best.

Character from a Broadway musical you’d want as a roommate?
Probably the Lumière-and-Cogsworth combo from Beauty and the Beast. Their banter would be so entertaining. I mean, I’m sure I’d occasionally tell them to be quiet. And I’m pretty tidy, so I’d also be telling them to keep it clean.

If your stage mic was made of any L.A. food, what would it be?
Craig’s does this amazing honey-truffle fried chicken that’s the best thing in the world.

Soundtrack to a musical montage of your life?
“Landslide” by Fleetwood Mac. Not because I feel like all the lyrics are completely relevant to my life, but it sums up my vibe.

You’re a huge baseball fan. Three dream women you’d coach a la A League of Their Own?
Ronda Rousey. Then, to shake things up, get some good ticket sales, Cardi B. For overall female power and awesomeness, Michelle Obama.

Pick a hype man: Bear Grylls or The Rock.
The Rock. Bear is awesome, but Dwayne is actually very good at that. He’d be super earnest and kind, like, “Not only is Nick hardworking, but he’s a great guy and cares deeply about his craft and people around him.”

Mickey Mantle or Mickey Mouse?
Mantle. I had my 25 birthday at Disneyland, but Mantle.

Animated Disney character who could open for you on tour?
Wall-E. I don’t know exactly what he would do, but I think it’d be cool if he was there opening up the show.

Other boyband Nick—that’d be Carter or Lachey—you’d switch lives with for a day?
Carter. Backstreet is and was awesome, always.

RELATED: “Tell Me Why,” Or, a Sound Argument for Seeing the Backstreet Boys in Las Vegas