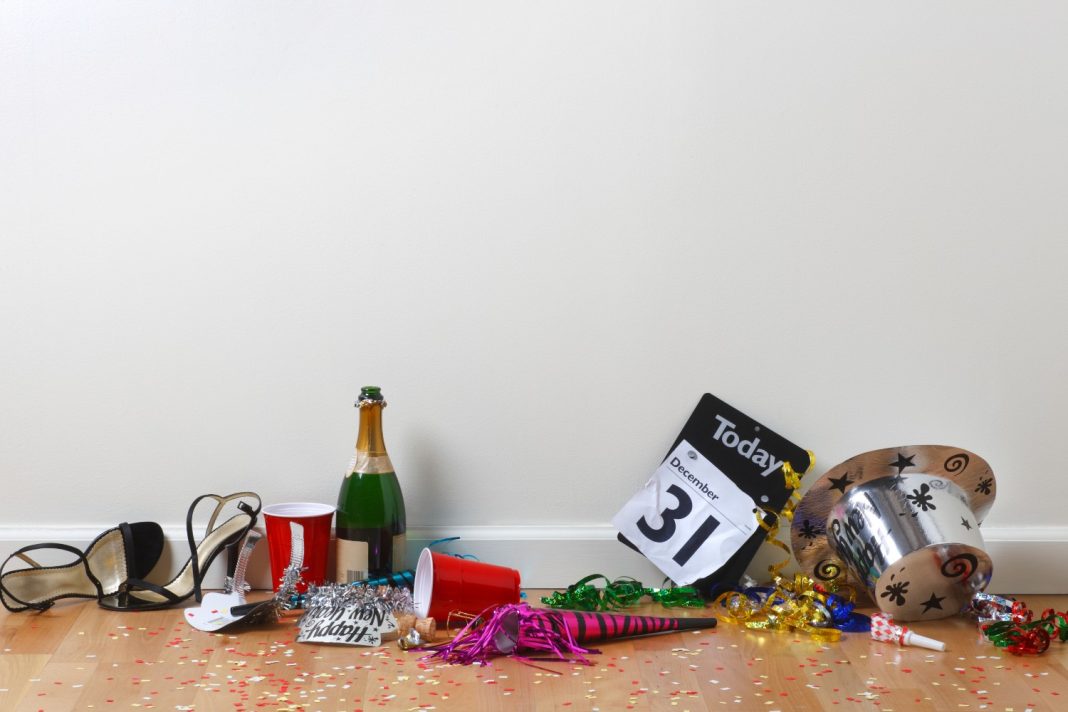 As the coronavirus pandemic spirals even further out of control in Southern California, doctors are fearful that they’ll soon be forced to ration care. As of December 25, a person was dying of COVID-19 every ten minutes in Los Angeles County, and some hospitals are so packed that doctors are treating patients in conference rooms and gift shops.

While many of L.A.’s big, in-person New Year’s parties have been canceled, some are still taking place. A search of Eventbrite turned up one secret mansion party promising strippers, catered food, a hookah lounge, and “VIP party bus transportation.” Another listing advertised “live nude girls” and celebrity chef cuisine. None of the event organizers were willing to comment on the ethics of hosting a bacchanal during a plague.

After being contacted by Los Angeles, Eventbrite removed the events from their site.

On Sunday, journalist Anna Merlan posted an image on Twitter of an invitation she’d received for a New Year’s Eve party at a “new 100% outdoor DTLA venue.”

“I cannot understand what’s in the psyche of this place that’s causing people to behave this way,” Merlan tweeted alongside the invite.

While the party promised rapid antigen tests, a recent study cautions that such tests have not been evaluated for efficacy in spotting asymptomatic infections nor infections in the incubation phase. The study uses the outbreak at the White House as an example of an overreliance on rapid antigen screening.

“I also worry that people will feel that after a negative rapid test, they can be more lax with masking,” says Dr. Saskia Popescu, an epidemiologist and biodefense professor at George Mason University.

Plus, experts say: you really, really shouldn’t be socializing with people outside your household right now.

“Given that the L.A. region is currently experiencing a surge, you would see an incredible amplification if there were widespread events across the city for New Year’s,” says Anne Sosin, who researches COVID-19 health equity at Dartmouth.

Sosin emphasizes that partygoers are not only compromising their own health but the health of folks in L.A.’s most disadvantaged communities.

“If you have young people infected at social events circulating in the community, they’re going to come into contact with frontline essential workers who have not chosen high risk activities but who are nonetheless exposed as a consequence of their occupation or housing,” she says.

Dr. Darien Sutton, an E.R. doctor currently working in L.A., says that the majority of patients he’s treating with the most severe COVID-19 symptoms are Latinx.

“Many inevitably exposed due to their essential status,” Sutton wrote on Twitter. “Many unable to properly quarantine and isolate not just [because of] multigenerational housing, but also basic housing insecurity.”

“And yet I still see so many people of privilege, hosting get-togethers and parties without awareness of any of this,” he continued. “Patients simultaneously requesting ‘a quick test’ before their trips and vacations.”

L.A. officials have tried various tactics to discourage mass gatherings. In early December, L.A. County Sheriff’s Department announced new targeted crackdowns on “super-spreader events.” Since then, 67 people were arrested at a party in Compton and a man was fatally shot at an underground party in downtown L.A. Overall, sheriff’s deputies say they’ve arrested 253 people in the “underground party scene.”

In the city of L.A., people who violate the Safer at Home Order issued by Mayor Eric Garcetti are subject to misdemeanors that can result in fines or jail time. But Sosin is concerned that police crackdowns on events could drive parties even further underground while disproportionately harming Black and Latino communities.

“Law enforcement is not going to be called in when the parties are affluent and largely white,” she says. “We are already grappling with enormous racial disparities in the pandemic and police violence and there’s a danger that relying on law enforcement is going to exacerbate the dual crises that we’re facing.”

She also cautions that social media distorts the issue of COVID rule breakers. “We devote enormous attention to those who aren’t compliant because we are almost wholly reliant on individual behavior right now to control the pandemic,” she says.

“For us to lay blame on partygoers in search of a little relief ignores the near abdication of responsibility by the federal government for the situation we’re in now,” she adds. “Let our anger be proportional to the failures that are playing out in front of us.”

RELATED: The Best Ways to Celebrate New Year’s Eve at Home During a Strange, Strange Year

L.A. to Vegas: The Best Performers and Events in Sin City on New Year’s Eve