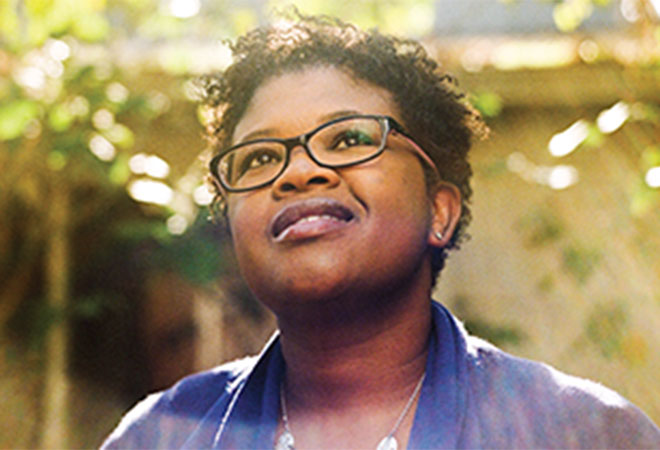 As a novelist, Attica Locke isn’t sure she can lay claim to Los Angeles—yet. Though it’s been her home for 19 years, she’s been using the city more as a safe haven from which to frame her stories than as a source of them. Her first book, 2009’s acclaimed Black Water Rising, is set in Houston, where she grew up. Her 2012 novel, The Cutting Season, revolves around a historic Louisiana plantation.

Both books have brought comparisons to one of L.A.’s masters of crime fiction, Walter Mosley, whom Locke interviews February 20 at the Central Library for the ALOUD program “Writing Los Angeles.” Mosley’s focus on the postwar black migration to L.A. fascinates Locke—she views herself as a coda to that resettlement. “I know what it means to come here with hope and passion, reaching for something,” says Locke, who once aspired to be the next Spike Lee or John Sayles.

If there’s an L.A. subject Locke, 40, is leaning toward exploring, it’s how films got made in 1970s black Hollywood. Even now “there needs to be a broadening of the stories being told,” says Locke, who lives with her public defender husband and seven-year-old daughter in Mount Washington. “Where are the stories where African Americans are just free, where we’re doing something other than playing an instrument or being in service?”

1. “I will stop whatever I’m doing if Valley Girl comes on TV.”

3. “I failed the California driver’s test the first two times I took it.”

5. “I’ve never been to Dodger Stadium. Wake me up when Los Angeles gets a football team.”

6. “The topic of Scientology has come up at every dinner party I’ve been to, usually because I’m the one bringing it up.”

8. “I consider it a great accomplishment that I got my Texan dad to put ‘the’ in front of the name of every freeway.”

9. “I hated Crash. It’s some Hollywood executive’s paranoid dream and does not reflect the city I live in.”

10. “I cried when Babe’s and Ricky’s Inn in Leimert Park closed.”