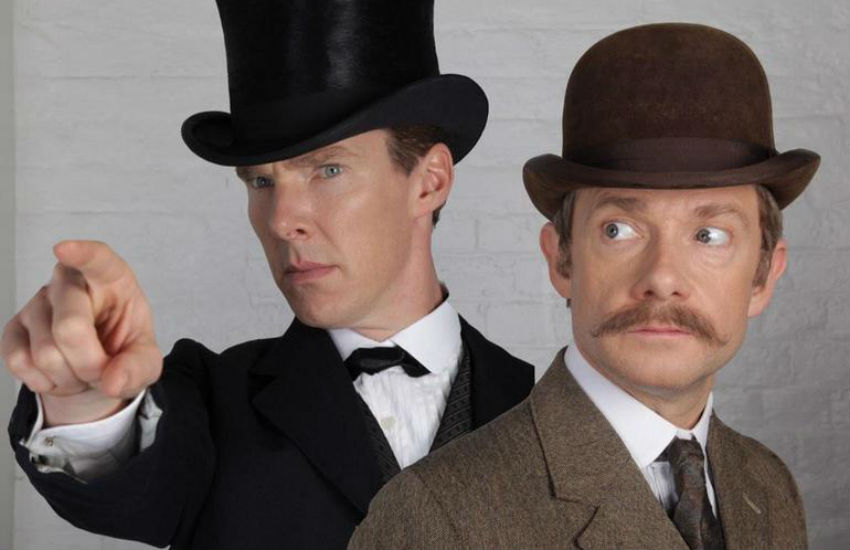 Nope, you’re not crazy. BBC’s successful Sherlock, which brought us Benedict Cumberbatch among other things, has definitely always been set in contemporary London, but recent photos floating around online showing Cumberbatch and Freeman sporting stove-pipe hats and handlebar mustaches have had us wondering. Turns out, Sherlock‘s fourth season will feature an entire episode set in Victorian London–the intrepid detective’s original place in space and time.

According to Entertainment Weekly, Moffat offered the following explanation at SXSW in Austin yesterday:

“The special is its own thing. We wouldn’t have done the story we’re doing, and the way we’re doing it, if we didn’t have this special. It’s not part of the run of three episodes. So we had this to do it–as we could hardly conceal–it’s Victorian. [Co-creator Mark Gatiss] and me, we wanted to do this, but it had to be a special, it had to be separate entity on its own. It’s kind of in its own little bubble.”

No official air date for the special has been set, but it is expected to run sometime in December in the UK.

A Humble Carpool Is the Center of the U.K.’s New Blockbuster Sitcom

Scanning the Dead Sea Scrolls at the California Science Center

Christian Grey Could Be a Serial Killer