Home Film During the Pandemic, Universal Will Release New Movies for Immediate Streaming 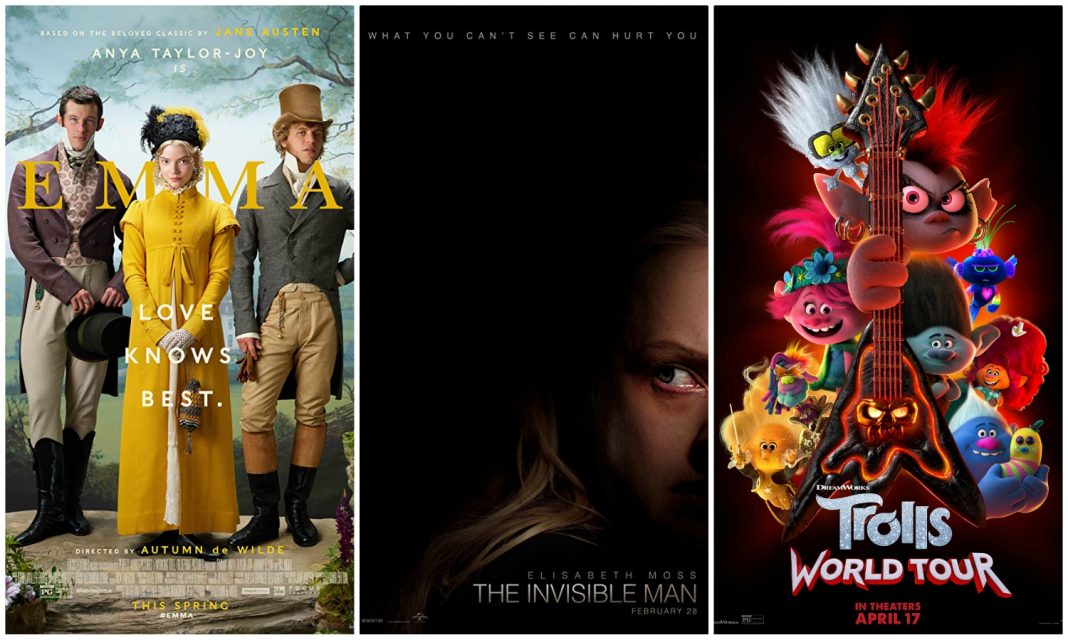 Historically, studios wait at least 90 days after a film’s release before making it available on streaming platforms. Universal has decided to eschew that tradition in the face of the coronavirus pandemic, which has already closed movie theaters in New York City, Ohio, and right here in Los Angeles.

While several high-profile films have pushed back their opening dates, in the hopes that theaters will reopen and audiences will return to communal viewing, Universal’s plan means you won’t have to wait to watch Emma., The Invisible Man, Trolls World Tour, or The Hunt.

“Rather than delaying these films or releasing them into a challenged distribution landscape, we wanted to provide an option for people to view these titles in the home that is both accessible and affordable,” NBCUniversal CEO Jeff Shell told the Los Angeles Times. “We hope and believe that people will still go to the movies in theaters where available, but we understand that for people in different areas of the world that is increasingly becoming less possible.”

Currently, all cinemas in L.A. are closed down through at least March 31. Earlier today, Regal Cinemas, the nation’s second-largest movie chain, announced that it would close all 542 of its theaters across 42 states starting Tuesday, March 17.

Starting Friday, the new Universal Pictures releases will begin appearing on several streaming platforms including Comcast On-Demand, Google Play, iTunes, Amazon Prime, and Fandango Now. It’s expected that the films will be made available for 48-hour “rental” at $19.99.

RELATED: Baseball Season Will Be Delayed Until at Least Mid-May