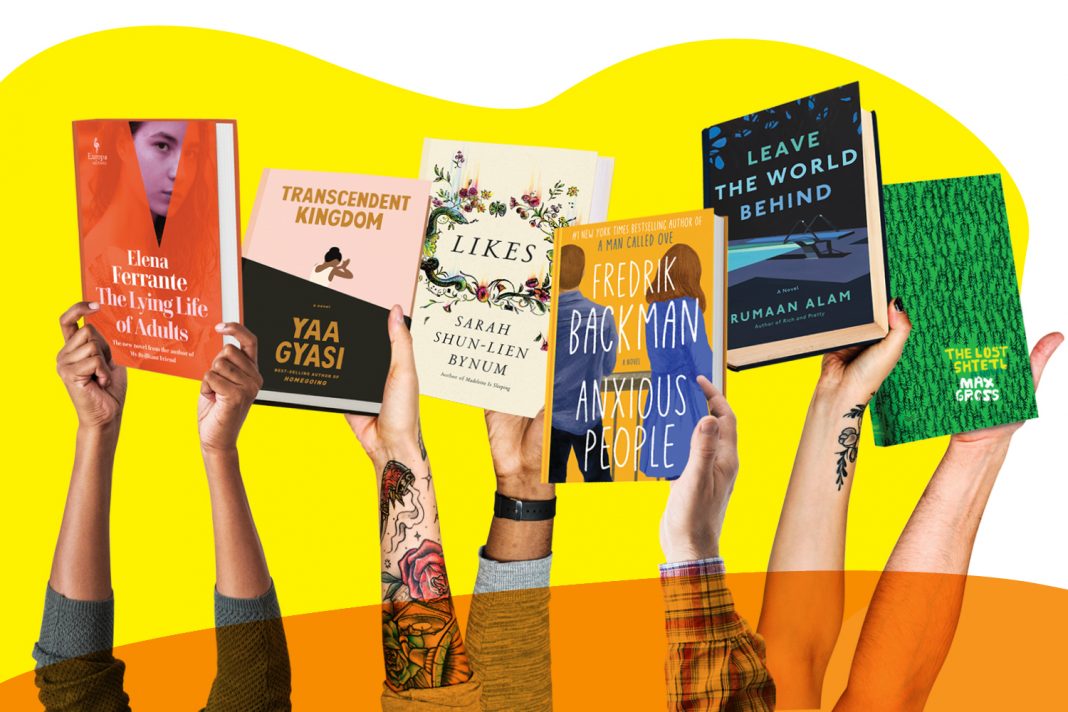 Forget the beach reading. It’s time to cozy up with the crisp pages of the season’s buzziest new fall books.

Sisters: A Novel by Daisy Johnson

After being the youngest person ever shortlisted for the Booker Prize with her 2018 debut, Everything Under, the 30-year-old literary star continues her ascent with this dark portrait, set in Oxford and the north of England, of sibling rivalry and a family’s haunting past. Out now.

The Lying Life of Adults by Elena Ferrante

The pseudonymous author of the obsessively beloved Neapolitan Novels returns with another female coming-of-age tale. In Naples in the 1990s, a rebellious middle-class teen named Giovanna navigates adolescence and her family’s secrets. Naturally, a Netflix adaptation is already in the works. Out now.

The Ghanaian-American author follows up her acclaimed best-seller, Homecoming, with this account of a Ph.D. student studying neuroscience and addiction as she grapples with the deaths of her brother and father as well as her mother’s debilitating depression. As in Homecoming, Gyasi’s restrained use of language makes the heroine’s unraveling all the more piercing. Out now.

This collection of nine short stories from the National Book Award finalist amusingly examines the contradictions and complexities of our modern moment with cutting portrayals of Waldorf school fairs, tween Instagrammers, and aging indie-film starlets. Out now.

The crime genre meets the outcasts-seek-redemption gimmick in the latest from the best-selling Swedish author. An incompetent bank robber crashes a bourgeois open house and takes eight strangers hostage in this absurd, irreverent examination of the human condition, with winking pearls of wisdom like “Our hearts are bars of soap that we keep losing hold of.” September 8.

This fourth novel in the saga that began with the Pulitzer prize-winning Gilead chronicles an interracial love story between the series’ dark-horse protagonist, John Ames Boughton (aka Jack), and a Black schoolteacher in segregated, post-WWII St. Louis. Elegantly mirroring a present not far removed from such fraught race relations, it has been hailed as “a beautiful, superbly crafted meditation on the redemption and transcendence that love affords.” September 29.

Leave the World Behind by Rumaan Alam

A white Brooklyn family enjoys a relaxing summer in a rented home in the Hamptons—until the house’s Black owners suddenly return and a series of strange events occur. Netflix has already snapped up the rights to the topical satire in a bidding war between studios and streamers, with Julia Roberts and Denzel Washington set to star and Mr. Robot’s Sam Esmail directing. October 6.

The Lost Shtetl: A Novel by Max Gross

This debut is drawing comparisons to Michael Chabon and Gary Shteyngart with its whimsical story of a tiny Jewish village in a Polish forest. Isolated for decades, the shtetl escaped the Holocaust and the Cold War, but a marital dispute brings it crashing into the twenty-first century. October 13

RELATED: Legends of the Fall: Meet the New Hollywood A-List