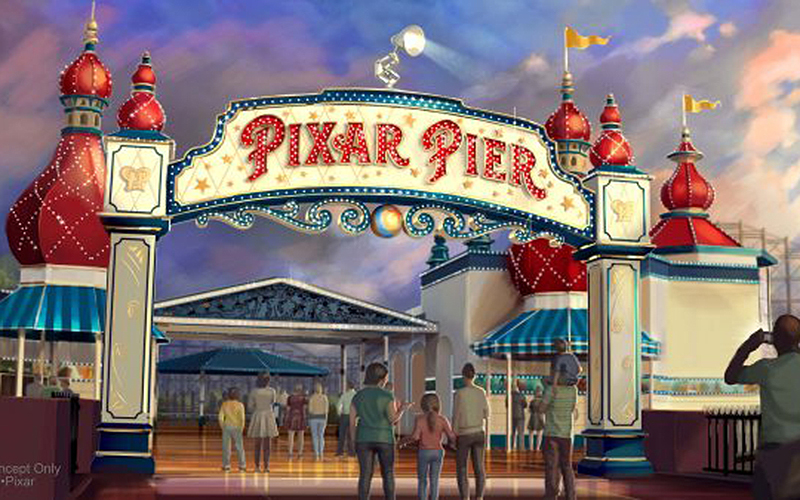 California Adventure’s Paradise Pier is in the middle of a major Pixar-themed glow up, which may really delight you or really bum you out depending on how nostalgic you are. But the Disney Parks blog shared some new renderings today for the forthcoming Pixar Pier (opening June 23), and, as Wall-E might say:                     !!!

Among the more drastic changes are the additions of Incredibles- and Inside Out-themed lands, plus a new gastropub called the Lamplight Lounge (it’s replacing Cove Bar). The Paradise Pier Ice Cream Company is becoming Adorable Snowman Frosted Treats, where the specialty of the house will be lemon Dole Whip (OG Dole Whippers can still get the pineapple variety at Disneyland). And come next year, King Triton’s Carousel will get the boot for Jesse’s Critter Carousel. Check out the latest images below, and scroll all the way down to get a glimpse of what you can expect during Pixar Fest, which kicks off April 13. Grab your rose gold mouse ears and let’s go: