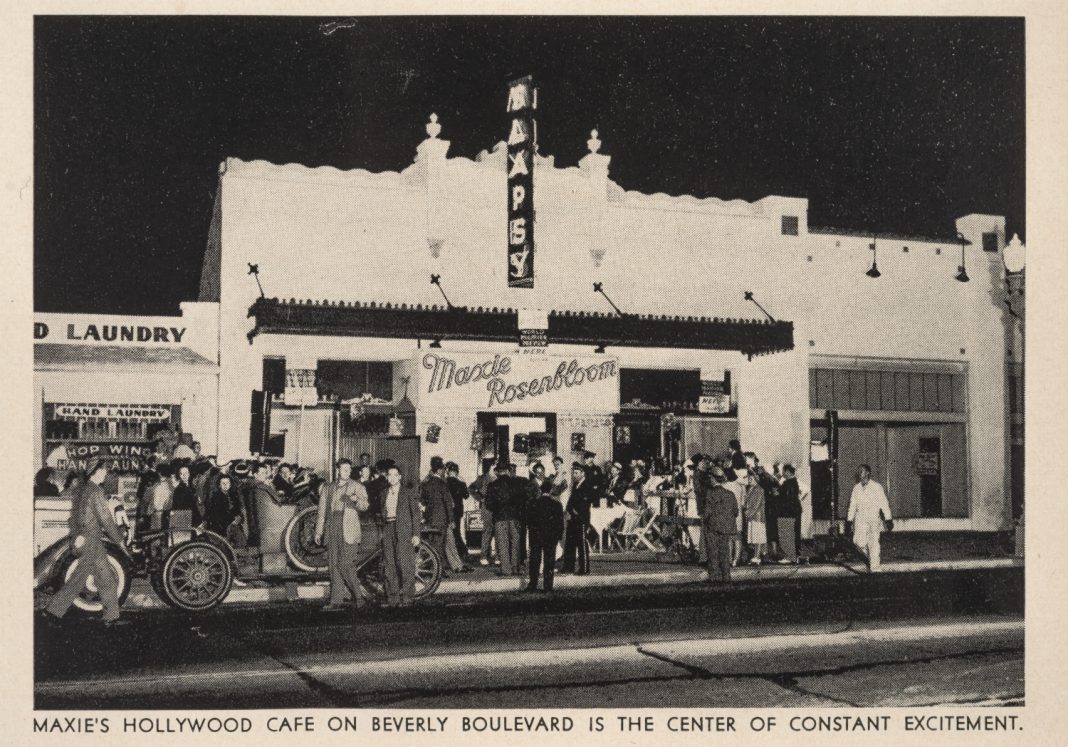 2018 was a bummer for L.A.’s fans of repertory film: In January, only two months after Cinefamily shuttered following a sexual harassment scandal, Quentin Tarantino’s New Beverly Cinema closed indefinitely for another round of upgrades and left a massive void in the art house scene. But celluloid junkies can breathe a sigh of relief. In December, the 228-seat revival theater finally reopened to the public. Before you toss back a large popcorn and enjoy the 2019 slate, brush up on the movie house’s long history.

A Spanish-style building that the New Bev now calls home goes up on Beverly Boulevard. Its first use? Likely a candymaker’s workshop (considering the “Chocolate Dippers Wanted” ad that appears a year later in the Los Angeles Times).

Boxer Maxie Rosenbloom’s namesake comedy club and celeb hot spot, Slapsy Maxie’s, opens in the space and operates there till 1943.

The building gets its first taste of Hollywood glamour when it becomes the Century theater, billed as “Los Angeles’s newest legitimate showhouse.”

After more than a decade showing repertory flicks, the theater’s screens are devoted exclusively to X-rated movies. The trend persists until 1977, when the Times decides to stop running ads for adult theaters despite a $1 million loss in revenue.

Tarantino takes over programming. The theater closes briefly for renovations before reopening.

After going dark for nearly a year, the theater’s projector flickered back to life on December 1 with a screening of, appropriately, Batman Returns. Tickets for the New Bev’s classic double features are still a steal at $10.