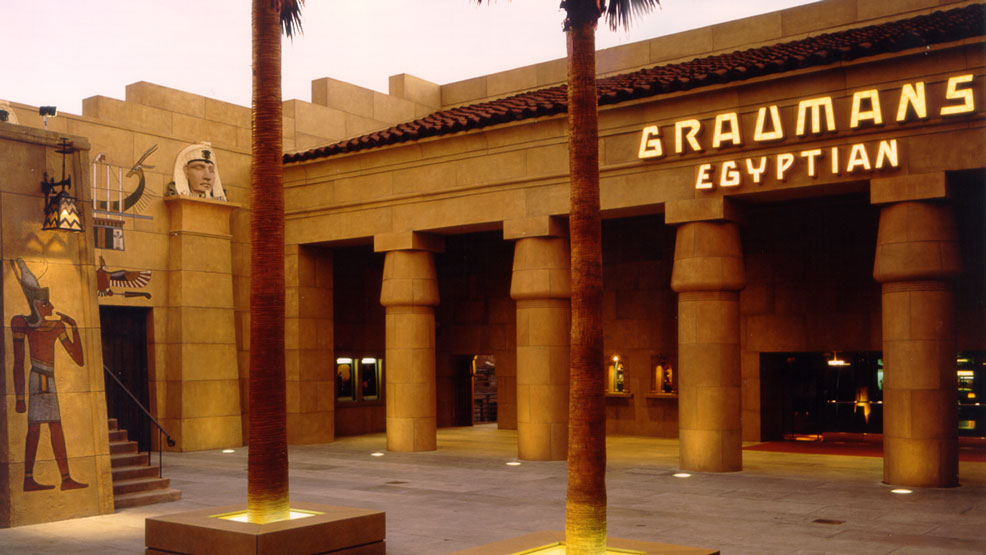 UPDATE: NOVEMBER 18, 2020 – More than a year and a half after it was initially reported, a deal for Netflix to take ownership of the historic Egyptian Theatre in Hollywood has been finalized. Under the terms of the arrangement, Netflix will own the building and use it several days a week for screenings, premieres, and special events. Operations will remain in the hands of the nonprofit film preservation group American Cinematheque which staged screenings and events in the space prior to the pandemic, and will continue to use the theater for public events on weekends under the new ownership.

“So we have 99 years of rent-free use, and part of the deal is they are also underwriting the costs of operating the theater. We are the actual operator of the theater—I think that’s important to note—so our staff will continue operating it, even for Netflix, and, in return, we are being paid a management fee on a monthly basis, which helps me underwrite the cost of operations,” Ken Scherer, executive director of American Cinematheque, told The Hollywood Reporter.

Netflix has also committed to invest in renovating the facility, which estimates suggest requires around $6 million in basic structural upgrades alone–funds that the Cinematheque simply did not have, even before the prolonged shutdown of in-person events.

“When you looked at the cash flow of the organization as a nonprofit versus those expenses and some debt that the organization assumed to finance the original purchase of it all,” Scherer told THR, “if we had not sold the Egyptian to Netflix, given the pandemic, we would be out of business, pure and simple.”

MAY 29, 2020 – It’s unclear when moviegoers will again be seeing films on the big screen, but streaming platform and nascent Oscars-dominant production studio Netflix is investing in the theater experience all the same. Today, upward of a year after news of the plan first broke, Netflix announced that it has purchased the historic Egyptian Theatre in Hollywood, which means it now has its very own venue at which to showcase its original content.

American Cinematheque, the organization that previously owned the theater, said in an email to members and patrons, “The Cinematheque was honored to bring the Egyptian Theatre back to life with an extensive renovation in 1998. We are now incredibly excited to announce a collaboration with Netflix to continue to preserve this space as a movie palace and to restore it once again for a new generation of film fans to experience movies on the big screen.”

American Cinematheque will continue to curate the theater’s programming on Fridays, Saturdays, and Sundays, while Netflix will “own the theatre and invest in the theatre’s renovation and use the revitalized space for special events, screenings, and premieres during the week (Mon-Thurs).”

The Cinematheque will still own and operate the Aero Theatre in Santa Monica.

Deadline first reported a sale was in the works back in April 2019, explaining that American Cinematheque had struggled with cash flow, and stood to benefit from selling the historic building to Netflix.

Scott Stuber, head of Netflix films, says, “The Egyptian Theatre is an incredible part of Hollywood history and has been treasured by the Los Angeles film community for nearly a century. We’re honored to partner with the American Cinematheque to preserve the theater’s storied legacy and continue providing remarkable film experiences for audiences. We look forward to expanding programming at the theater in ways that will benefit both cinema lovers and the community.”