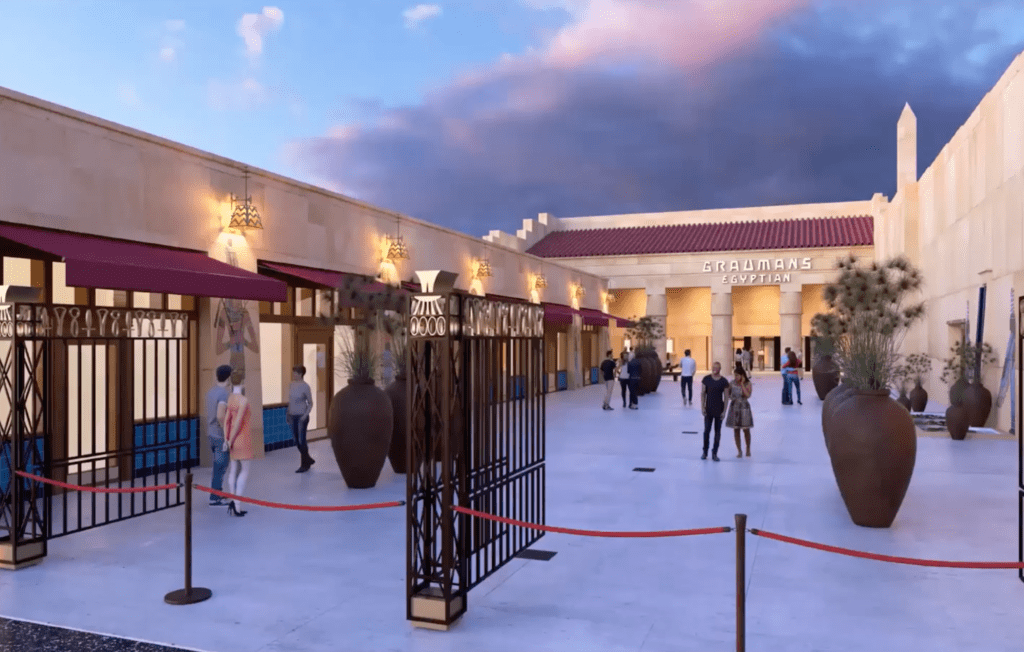 Netflix hopes to restore the historic Egyptian Theatre to its historic grandeur–with a few modern upgrades–according to detailed renovation plans and renderings shared last week during a meeting of the Central Hollywood Neighborhood Council.

The streamer completed a purchase of the property earlier this year, creating a home for screenings of its own exclusives alongside programming curated by the nonprofit American Cinematheque. When the deal closed, Cinematheque leadership said the property would require at least $6 million in renovations simply to remain functional. While no budget figures for the Netflix remodel have been released, it would appear to go substantially beyond those basic fixes.

“The Egyptian Theatre is an HCM–it’s already been designated as a Historic-Cultural Monument–and we are not doing anything to impact any of the historic nature of the project,” Netflix representative Charuni Patibanda told the meeting. “In fact, we are doing everything we can do essentially renovate and rehab the building back up to its former glory, when it opened in 1922.”

That “rewind rehab,” as Patibanda described the plan, involves restoring a number of vintage architectural details, including the ornate sunburst organ grille in the main auditorium’s ceiling, and a refresh of the outdoor courtyard areas. What Now Los Angeles reports that the Steven Spielberg Screening Room, added to the theater in the 1990s, will be removed in the restoration, replaced with a new, expanded lobby and concession area.

“The Egyptian Theatre is an incredible part of Hollywood history and has been treasured by the Los Angeles film community for nearly a century,” Scott Stuber, head of Netflix Films, wrote in a company statement. “We’re honored to partner with the American Cinematheque to preserve the theater’s storied legacy and continue providing remarkable film experiences for audiences. We look forward to expanding programming at the theater in ways that will benefit both cinema lovers and the community.”

Currently, Netflix expects the theater to open to the public in late 2022.