Home Celebrity “It Was Our Clubhouse”: Comedians and Artists React to the Closing of... 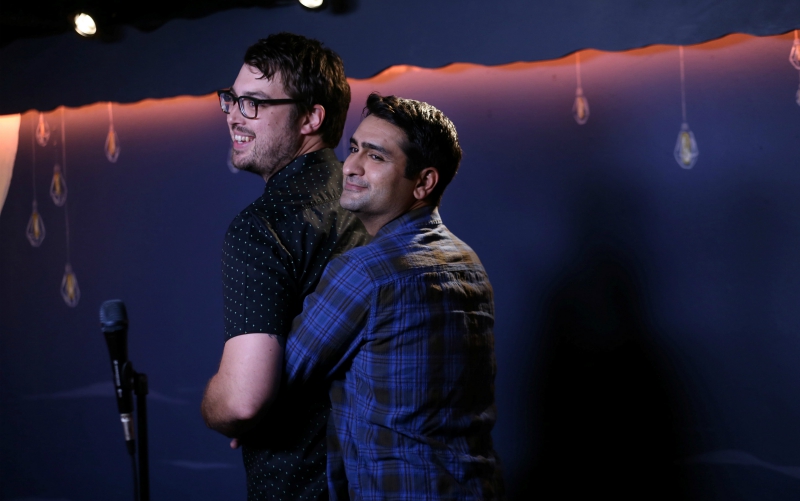 It’s always sad to see a small business close (hell, people are bummed that stupid Toys “R” Us is going out of business). But the impending March 31 closure of Meltdown Comics and its backroom comedy venue, the Nerdmelt Showroom, has hit L.A.’s nerd and comedy communities particularly hard. In the hours following the announcement on March 21, social media was flooded with 280-character obituaries written by people who frequented the Hollywood landmark, from comedians who grew their careers inside the tiny theater to comic book authors and fans for whom the retail space was a second home.

Producer of The Meltdown with Jonah and Kumail; Oscar nominee (Best Original Screenplay, The Big Sick)

“Meltdown Comics was what convinced me that living in L.A. was going to be OK. No matter what time of day I was there, it felt comfortable, like a friend’s basement, and slightly dangerous at the same time. I found a community, a job, and a sense of purpose there. I found a home.”

Co-host of The Meltdown with Jonah and Kumail, Oscar nominee (Best Original Screenplay, The Big Sick)

“Meltdown was my first home in L.A., and the first time Emily and I got to work together. We did a live show there for 6 years, and that is where I got to meet heroes I’ve idolized since I was a kid and friends I will know for the rest of my life. Meltdown is closing but it’ll stay with me forever.”

Official artist/poster maker for The Meltdown with Jonah and Kumail

“Meltdown was like my Cheers. I was lured in by the comics, toys, and weirdness and stayed for the people I met there. (Also, I saw Woody Harrelson there, so maybe it was like Cheers for him, too?) But seriously—Gaston watered more seeds of culture and creativity than anyone I’ve met out here in a city that prides itself on its uniqueness. I am joined by dozens of people who wouldn’t be growing professionally and creatively without Meltdown and its fertile soil. Its spirit will live on well beyond the closing of its doors.”

Co-host of The Meltdown with Jonah and Kumail

“Meltdown Comics was our clubhouse. Once a week, I knew I would be able to go to where I would pretty much know everybody hanging out. The reason everybody is so sad about it closing is that we all knew how special it was while it was happening. We appreciated it the entire time. We appreciated each other. I know there will be another place like this in the future, but that place was ours and we’ll never have it again, and even though that’s sad, it’s OK.”

Comedian, host of the You Made It Weird with Pete Holmes podcast, creator and star of HBO’s Crashing

“The room was perfect. The walls were hard and wooden so each laugh would bounce around, echoing, convincing even the tough laughers in the crowd to drop their guard and join in the fun. There were two green rooms, which meant sometimes the show was secondary—it was a place we could all meet, coming back from the road or a TV gig, and reunite, connect, and laugh.

Emily was definitely our comedy mom—supportive, wonderful—and Kumail and Jonah were our two weird dads. Because it was almost always the same people in the crowds, it felt different from any other place. It was like summer camp: The crowds were the campers, and we were the lucky comedy counselors. They knew you were doing new stuff, and they loved it. The whole place encouraged experimentation and risk-taking. Or, if you were feeling particularly needy as a performer, there was no better room to just go for a home run derby and kill.

My fondest memories at Meltdown are going on stage with Jonah when Kumail wasn’t there and doing my Kumail impression, making fun of his tight shirts and perfect hair. It was like teasing dad at the dinner table when he’s not there. I met Robin Williams at Meltdown. I watched Harris. I found out Crashing had been picked up at Meltdown. And, because my podcast recorded there, my entire life, internal and external, transformed at Meltdown. I think the shows and the podcasts there were so good because walking through a comic books store filled with toys and giant ninja turtles reminded us all as we came in: It’s all just play; have fun.”

Founder of the Nerdist empire and the NerdMelt Showroom, comedian, television host

“I started the Nerdist Podcast in 2010. Later that year, I knew I wanted a space to do live podcasts and comedy shows. Jonah Ray, Kumail Nanjiani, and Emily Gordon had only recently begun doing the Wednesday night Meltdown comedy show. Jonah suggested I talk to Gaston, the owner, about the possibility of taking over that back showroom that most of the time was just an art gallery. That was the beginning of the Nerdmelt, aka the Nerdist Showroom at Meltdown Comics.

What grew was an incredible community of performers, writers, podcasters, and artists. On any given night you could walk through the store, buy comics, play D&D in one corner, video games in another, walk to the left to take improv classes, walk upstairs to peer in on a podcast recording, and go straight back to see some of the best alternative comedy in L.A. It’s one of the things I’m most proud of being a part of, and it wouldn’t have existed without the amazing team of nerdterns, staff, and show-goers.

Thank you to all of them and any of you who ever even came to even one show for making my adult clubhouse dreams come true. Not only will Meltdown the store be deeply missed, but so, too, the cluster of nerdly humans who made it a home.”

Comedian; host of The Junk Show and The Space Cave podcast

“At some point in the future—when everything is retina scans and all content is strictly digital and humans swipe and scroll endlessly and mindlessly through a never-ending river of images and ideas and concepts—people will be incredulous at the notion that there were once places where you could not only touch and interact with physical creations but also with the people who created them. No one will believe that a place like Meltdown existed.”