Home Business Revisiting the L.A. Businesses in the Best Episodes of Nathan for You 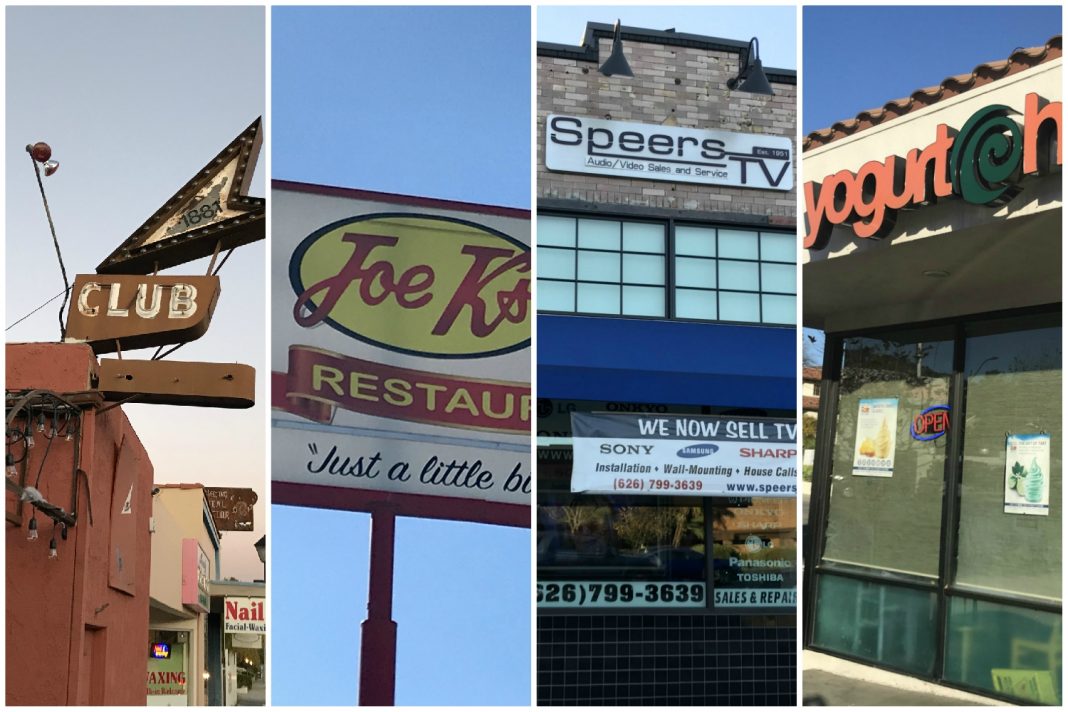 His name is Nathan Fielder and he graduated from one of Canada’s top business schools (with really good grades). On the side-splitting Comedy Central docu-reality series Nathan For You, a fictionalized Fielder concocts sensational tactics to help struggling local businesses overcome economic displacement. In just four seasons, the socially awkward Fielder of the program has delivered some of the world’s most outlandish and viral methods of success—from a moving company turned fitness routine to the “dumb” parody of a corporate coffee empire.

In October, it was announced that Nathan for You would not continue into its fifth season. While the statement noted that it was Fielder’s decision to end the series independently, it seemed like only a matter of time before the jig was up. The heartbreaking news was followed by the release of Nathan for You: The Complete Series, a nine-disc DVD collection featuring all 30 episodes and plenty of never-before-seen bonus features.

Elaborate schemes aside, one of the coolest things about watching Nathan for You as an Angeleno is that nearly every episode was filmed right here in our backyard. The small businesses Nathan intervenes to assist are bona fide neighborhood fixtures that, once the cameras are off, must continue to survive in an ever-changing consumer market. Perhaps encouraging an irritable taxi company to form a “sleeper cell” within Uber could only happen on television, the conflict at its root isn’t too far-fetched.

We checked in on many of the L.A. businesses featured on some of the most inventive episodes of Nathan for You.

Premise: In hopes of drawing national attention to a small-town diner, Nathan enlists a Michael Richards (“Cosmo Kramer”) impersonator to leave a $10,000 tip on his meal. To pull it all off, another man must first legally change his name to Michael Richards.

Present Day: Joe K’s Deli, whose motto is “Just a little bit better,” has been serving the meatpacking and warehouse workers of Vernon’s industrial district for decades. My waitress informed me that the incident had been a sincere occurrence—and that no one really understood it. Generous tips are always appreciated at Joe K’s.

As Seen On: Season 2, Episode 1: “Mechanic/Realtor”

Premise: Skeptical of an auto repair shop’s ability to price-gouge services, Nathan convinces one mechanic to offer quotes while hooked up to a lie detector test.

Present Day: G&Y Auto Repair is located within a plaza of bodyshops in Glendale. They no longer offer polygraph estimates, but it’s been said that their services are extremely trustworthy.

Premise: Nathan finds a way for underage teens to purchase alcohol with the promise that they can return to pick it up when legally allowed.

Present Day: Prior to entering the store, I asked some local skateboarders if the Bouquet Plaza was still selling booze to minors. They were clueless of my reference and understandably skeptical of my reasons for asking. The store looks exactly the way it did on TV, except for maybe the back room, which is no longer a “cool teen hangout” photo opp.

Premise: The first episode of the series, Nathan hopes to gain recognition for a frozen yogurt shop by introducing “Poo” to its lineup of flavors.

Present Day: There were about a dozen flavors available at the Yogurt Haven. Specialty gelato, vegan, fat-free flavors—they even had Dole Whip. But, for some reason I couldn’t seem to find “Poo.” I didn’t even bother asking—sometimes it’s for the best.

Premise: In response to a local Best Buy using aggressive pricing to hijack customers from the little guy, Nathan clashes with the electronics behemoth by taking advantage of its “price match guarantee.”

Present Day: While there is no longer a $1 sale on TVs and the alligator has returned home, the shop owner informed me that its appearance on Nathan for You has undoubtedly helped with business. Best Buy be damned: Speers TV lives on as one of the oldest operating independent businesses in South Pas.

Premise: Looking for a loophole to circumvent California’s health regulations, Nathan finds a way to allow smoking in a public space by making it part of a theatrical production. By presenting a normal bar scenario as if it were a play, people visiting the 1881 Club would be able to smoke freely without concern of the law. He called it “Smokers Allowed.”

Present Day: There wasn’t even the slightest trace of smoke in the air. And yet, I was tempted to light up a cig just as the “actors” had done. I just wish someone had brought in a skateboard deck to show off.

Premise: To encourage commerce at one of the many souvenir shops along Hollywood Boulevard, Nathan stages the filming of a fake movie called The Web, starring a Johnny Depp impersonator passersby are allowed to believe is actually Johnny Depp. Those hoping to catch a glimpse are offered the opportunity to star as extras in the film. Their roles? Paying customers in a souvenir shop.

Present Day: Even though filming has wrapped,you can still purchase a variety of keychains and little plastic trophies from L.A. Fame knowing that it was the centerpiece of Nathan Fielder’s The Web. Now we just need to track down the Depp impersonator to autograph all of these mementos.

Premise: One of Nathan’s most viral efforts was a coordinated pond rescue of a baby goat by Vince the Hero Pig. After making its way onto the internet, the hoax was picked up by international news outlets.

Premise: Nathan raises the bar by implementing an added component of fear-by-deadly-virus to this horror Halloween attraction.

Present Day: Reign of Terror operates seasonally out of Janss Marketplace in Thousand Oaks. According to its Facebook page, the attraction was “voted #1 walkthrough haunt and the largest indoor haunted house for all of Southern California.” So, highly contagious diseases aside, it seems like this place is still scary successful.

Sometimes the professional help of a creative visionary like Nathan Fielder just isn’t enough. Here are some of the independent businesses that closed in the wake of appearances on Nathan for You:

Sevan Gas Station (Burbank): The subject of the phenomenal gas rebate episode, the station is currently shuttered and awaiting transformation by Shell (irony). No word on whether its former owner Daniel still drinks his grandson’s pee.

L.A Burger (Carthay): Nathan was willing to pay $100 to any person who disagreed with this stand’s claim of “best burger in LA.” When the city approved to build a six-story residential building in its location, efforts to gain landmark status for the ’60s burger joint fell flat.

Park Place Stable (Malibu): This horseback riding facility experimented with weather balloons as a solution for those above the weight-threshold to ride freely. it’s closed since filming took place.

Pet Mania (Burbank): Not only is the pet store closed, the giant headstone advertisement is no longer on view at Gardena’s Pet Haven Cemetery. R.I.P. Buzz.

Billy’s Deli (Glendale): The deli agreed to open its restrooms up to public use in hopes of attracting potential diners. After 67 years serving as a neighborhood staple, Billy’s Deli (and its bathrooms) closed up shop in 2015.

The Helio Cafe (East Hollywood): The inspiration for what is regarded as Nathan’s greatest achievement, this coffeehouse spawned the creation of the “Dumb Starbucks” pop-up in Los Feliz. Cuties Coffee now exists where Helio Cafe used to be.