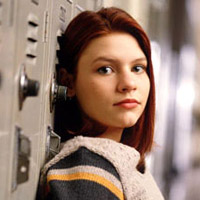 This is, like, epic: My So-Called Life premieres tonight on the Sundance Channel. In case you don’t remember or were too young to watch, the mid-nineties drama about teenage life was groundbreaking, and not just because it dealt with homelessness, teen drug addiction, homosexuality, infidelity, and school violence, but because its writers never lost sight of their characters will doing so. At the heart of the series is Angela Chase (Claire Danes), a high school sophomore whose self-awareness makes her every teenage impulse—to leave her childhood best friend behind for a more exciting friendship with Rayanne Graff (A.J. Langer), to stay out past her curfew to party in an abandoned house, to slight her nerdy neighbor, Brian Krakow (Devon Gummersall) to ditch class to spend time with Jordan Catalano (Jared Leto) in his car—more wrenching than petulant. It’s interesting that the show will air at 11, when fans who tuned into the series on ABC 17 years ago are ready for Conan to come on instead of an earlier time when more teenagers new to My So-Called Life might be watching. Guess that’s what Tivo is for. Here’s a clip: