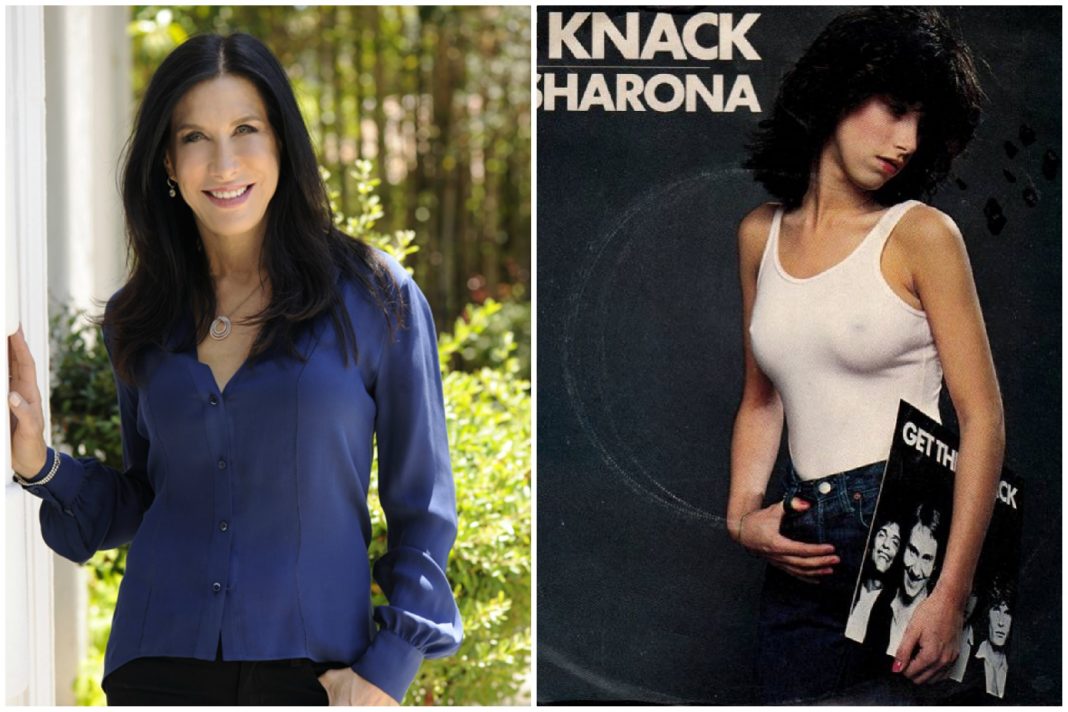 She is one of the rare people who is internationally recognized solely by her first name, yet still maintains the anonymity most A-listers would kill for after another day dodging paparazzi. She’s the kind of pop culture phenom who has the bragging rights to being both a question in a New York Times crossword puzzle and an answer (er, question) on the game show Jeopardy!. When Alex Trebek asked contestants: “Name the girl in this hit by the Knack who made Doug Fieger’s ‘motor run, my motor run’ and became a star in the real estate world” practically everyone in the audience there and watching at home knew the answer: Who is “My Sharona”?

Before becoming a top real estate agent in Los Angeles, Sharona Alperin hit rock-star-muse status in summer 1979. The L.A. native met Fieger, lead singer of the Knack, while she was still a student at Fairfax High School. “Doug was nine years older than me. I was 17. And he was instantly saying things like, ‘I’m in love with you. We’re going to be together,’” she says. “I was fully in love with my serious boyfriend at the time and he was much closer to my own age.”

But that didn’t deter Fieger. The singer’s ardent pursuit was the stuff of fairy-tale rock and roll rom-com. He wooed her one night by getting one of her favorite performers, Eddie Money, to come up on stage and sing “Two Tickets to Paradise” with the Knack. But no doubt the grandest gesture of all is the song that bears her name. One day Sharona dropped by a band rehearsal and was surprised to hear them playing a new song. “When they all sang ‘My Sharona’ I was stunned,” she says. “I actually remember asking myself, ‘Did I just hear a song with my name in it? What just happened?’

“And when the song came out on the radio,” she recalls, “I was still in a relationship with my boyfriend, if you can believe it.”

But a few months later, when Sharona could no longer resist the lead singer’s advances, she broke up with her longtime beau and at the age of 19 began touring with the Knack. “I have a 19-year-old daughter in college now, and here I am wishing my daughter was in college across the street rather than at USC,” she says with a laugh. “And at the same age I’m off traveling with a rock band all over the world.”

When the band wasn’t on tour, Alperin zipped around house hunting throughout Los Angeles. “Doug would be in the studio and I would preview houses for him,” she explains. “He would tell the real estate agent with the listing, ‘Do you mind if Sharona shows it to me, and the real estate agents would be like, ‘Wow, you really know how to show a house.’” Although they bought a house together, the couple broke up after four years but remained great friends.

Turns out those real estate agents weren’t just humoring their rock star client and his pretty girlfriend, because the newly single Alperin parlayed her knack for showing houses and mixing with the city’s who’s who by securing a real estate license at 25. Homes above the Sunset Strip, right above the clubs she previously cut such a glamorous swath through, became her area of expertise.

Now a successful mover of multimillion-dollar estates at Sotheby’s International, Alperin refuses to restrict herself to one area of the city. “I am an L.A. woman of Los Angeles, I don’t limit myself to just Hollywood,” she says with bravado. “My clients and properties are everywhere from Malibu to Manhattan Beach to Brentwood.

“I understand the emotion behind selling or buying a house,” she says. “It’s personal. It may be your nest egg or your divorce. You need to understand this is someone’s home.”

Alperin describes herself as a workaholic who feels guilty ever taking a day off. “I feel bad getting my nails done,” she says. “I wish I could send someone to get my nails done and I could go show a house.”

Her real estate career and dining at restaurants have replaced the rock and roll lifestyle. She dines out several nights a week and is a formidable foodie, right down to the way she orders cocktails. No drink is complete until she reaches into her handbag and takes out some candied ginger to add to her Moscow mule.

It’s the same kind of detail she pays to orchestrating open houses. When potential buyers walk in and see her name on the sign someone will usually joke, “Are you ‘My Sharona’ from the song?” not realizing the answer is yes.

“I’m always surprised people still recognize the name,” she says. “Imagine if there had been social media back then.”

A week doesn’t go by without a package arriving at her Sunset Strip office with a little piece of the past. Recently a big delivery came containing an array of memorabilia, a sticky note on each piece indicating how she should autograph it. It included the sleeve of the “My Sharona” single with her with her clad in a pair of 501 jeans and a white tank top.

She is still passionate about music, real estate, and Los Angeles. “It’s the best city,” she says with a tone of excitement in her voice. “Where else can you get this weather, be 30 minutes from the beach, two hours from the mountains to go skiing, and two hours from the desert!

“It is a perfect city to sell real estate,” she raves. “I love my job! The only other thing people joke that I should do is start a company that does tours of Los Angeles. Maybe one day.”

RELATED: Who Is the Real Alex Trebek? I Think I May Have Caught a Glimpse

In the Wings: Rock ‘n’ Roll’s Most Inspiring Muses