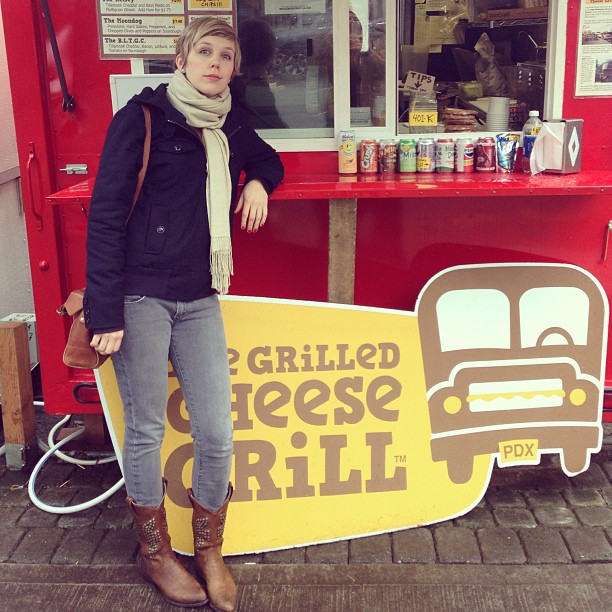 Imagine a cheerful American version of Beth Orton with a puckish sense of humor and you’re half of the way to describing Nataly Dawn. The Northern California singer releases her first solo album, How I Knew Her, tomorrow but for the last several years she has been one half of the frothy pop duo Pomplamoose. Known mostly for their low-fi YouTube videos that include covers of Beyonce’s “Single Ladies” and Nat King Cole’s “Nature Boy” (actually Eden Ahbez’s “Nature Boy”), Pomplamoose did a funny mashup of two of 2012’s biggest hits: “Call Me Maybe” by Carly Rae Jepsen and last night’s Grammy-winning “Somebody That I Used To Know” by Gotye. No singing in garages or naked body paint in this version.