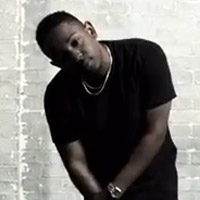 “Poetic Justice,” (could the title be an homage to the 1993 movie starring Janet Jackson and Tupac Shakur?) one of the two songs he performed a few weeks ago on Saturday Night Live, is the Compton native’s latest ode to life, love, and his city. The video is full of visual L.A. references. See if you can spot them all.