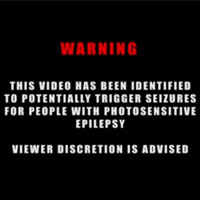 The video for “Came Back Haunted,” Nine Inch Nails’ first single in five years, came out on Friday. It’s directed by David Lynch, marking his second collaboration with Trent Reznor. They worked together on the soundtrack for Lost Highway back in 1997.

Listen to the song and you might think you’re listening to a dance remix of a decades-old outtake from Pretty Hate Machine. Watch the clip with its stuttery, mostly black and white images of insects, eyeballs, and lightning bolts, and you might have a seizure. There’s even a warning at the start of the video.

“Came Back Haunted” is one of the tracks on NIN’s upcoming album Hesitation Marks, which comes out September 3rd.