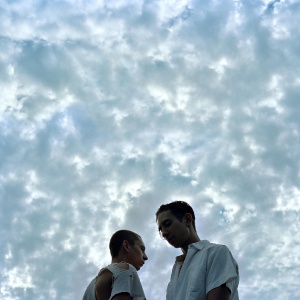 Inc. is a pair of pensive, gossamer-voiced brothers, Daniel and Andrew Aged, who make R&B slow jams that sound like radio hits you might have heard in the early 90’s. The Mt. Washington duo recently released their inscrutable, engaging, and utterly unpretentious debut album, No World. There’s no sexy story here, but there is a 40-minute block of super sexy music. We chatted with the siblings who discussed their favorite place to nosh in Los Angeles, philosophized about the spirit of their new album, and recalled their brief experience jamming with Beck. No World is available now via 4AD.

How did you initially come to LA?
Daniel: Originally we came here for school at USC for music performance. We wanted to be session musicians and play with people we grew up listening to. But you know how life works. Sometimes where you spend all your time focusing on one thing and all of a sudden you can get it, but what you really want to do is the next thing.

What was it like to play with Beck?
Daniel: We did some session stuff for him. Beck does a lot of recording that doesn’t see the light of day ever, so it was more like an experiment. He wasn’t even sure what he wanted to do. We sort of just spent a day recording. He is still figuring out his next move, I think, but it was nice.

What is your favorite place to eat in L.A.?
Daniel: We have recently been going to our friend’s restaurant, Masacasa, in Eagle Rock. It is home-style Japanese food, and it’s nice to have a friend making food.

What is the spirit or gender of your debut album?
Andrew: Daniel said two-spirits, which is an idea from Native American culture. It’s what they call a transgender or homosexual, but it’s not really a homosexual album. I always liked the idea of “anima,” which Jung talked about; it’s the feminine channeled inside the man. It is incredibly masculine, but it’s a feminine energy that is harnessed as a masculine power. That is something that I think about or I feel. I think it’s part of my energy.