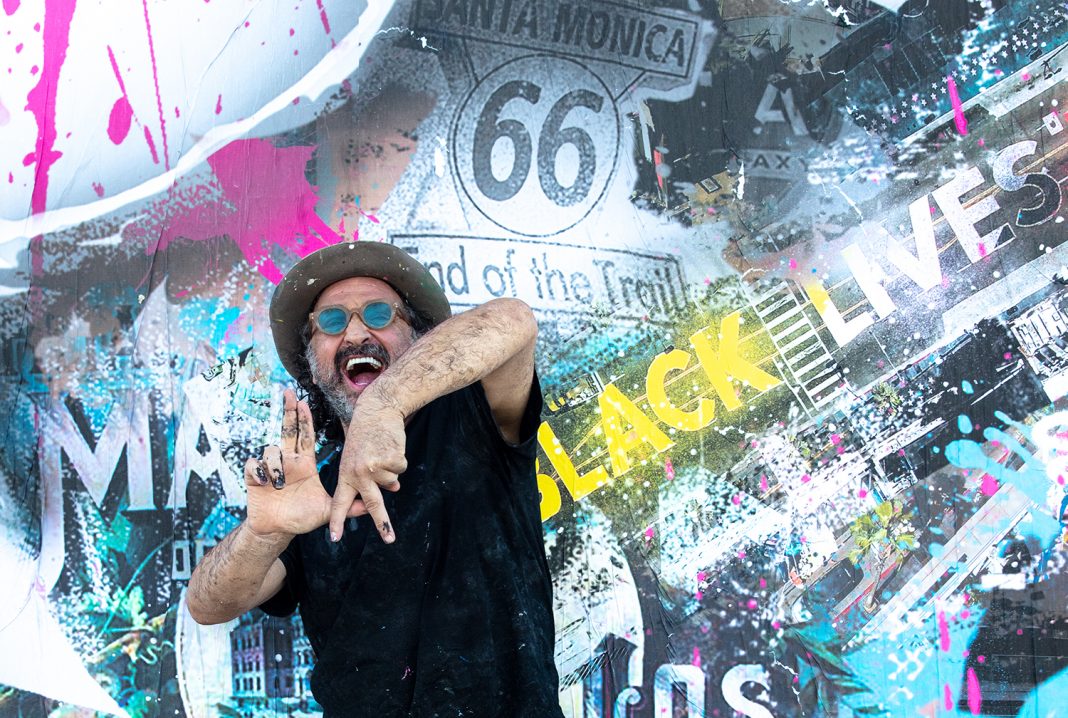 A decade ago, the Banksy-directed, Academy Award-nominated documentary Exit Through the Gift Shop premiered and catapulted Mr. Brainwash to global fame. Even before that, L.A.-based Thierry Guetta was already generating buzz, thanks to a massive solo show staged inside a former CBS studio in 2008 and, a year later, his cover for Madonna’s 2009 greatest hits collection, Celebration. It was the doc, though, that established the Mr. Brainwash persona as an unlikely and incredibly enthusiastic art star.

“What Exit Through the Gift Shop did was it put me worldwide,” says Guetta while standing on La Brea Avenue in front of his latest wall. He says that just a day earlier he met people who had only recently seen the ten-year-old film.

Guetta designed two covers for Los Angeles‘ 2020 Best of L.A. issue and he just finished pasting one of them (right) on the side of a building facing the buzz of traffic at 1255 S. La Brea Avenue. It’s a detail-heavy amalgamation of Mr. Brainwash iconography and slogans mixed with words and images reflecting Los Angeles in the middle of 2020. The artist’s recognizable self portrait appears in a bottom corner, next to a 101 freeway entrance sign. Alfred Hitchcock’s clapboard reads “life is beautiful,” one of Guetta’s signatures. Elsewhere, you’ll find Kobe and Gianna Bryant and the phrase “Black lives matter” written down Hollywood Boulevard. He incorporates mottos like “never give up” and “follow your heart”— the latter written so that it could also be read as “follow your art”—into the piece. 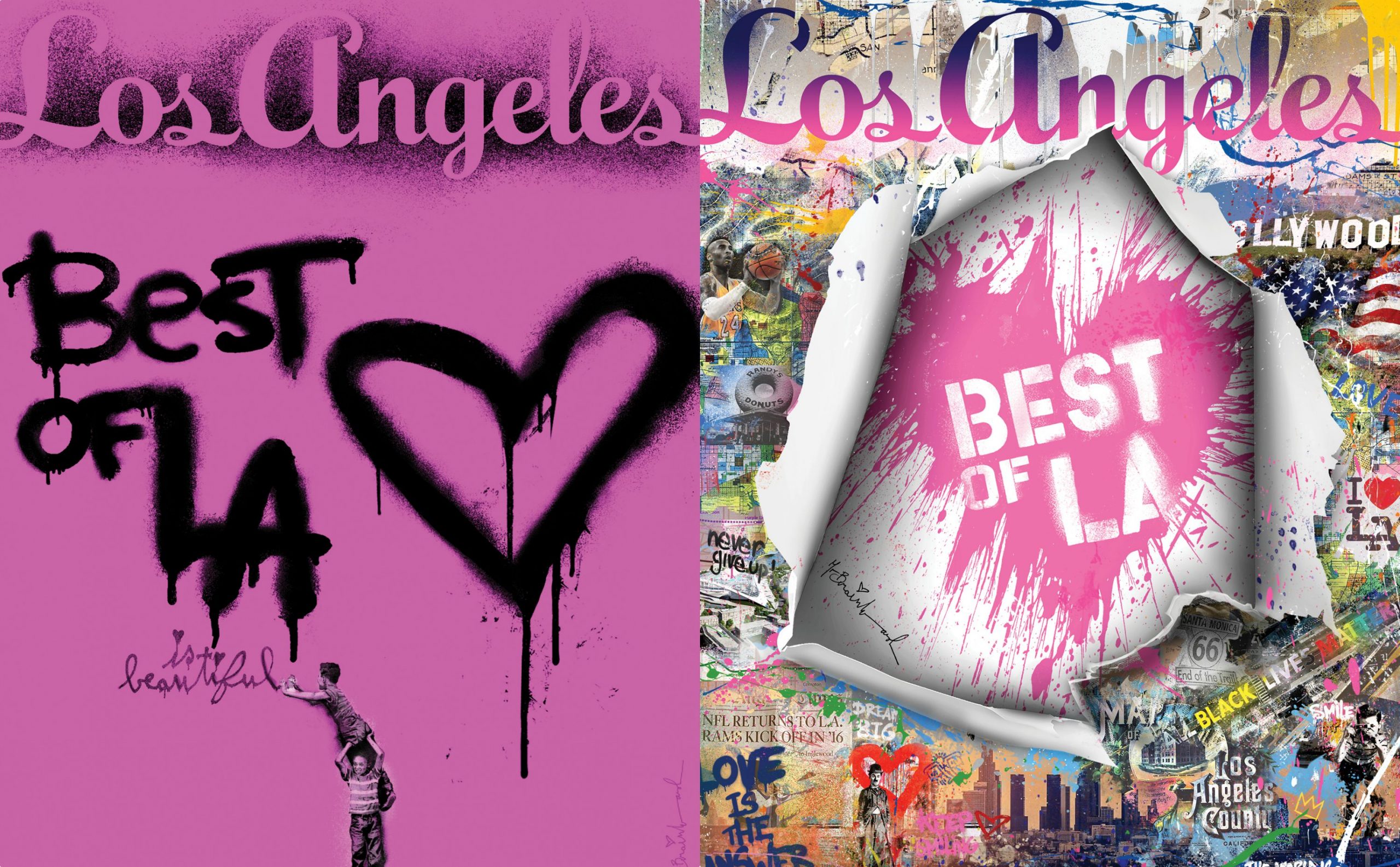 Guetta says there’s more he wishes he could have added to the piece—more things to say, more parts of the city to incorporate. He’s lived in Los Angeles for 30 years now and says that the city is his heart.

“We need positivity,” Guetta says of the images in the mural. “We’re not just Los Angeles, we are a family today. We are all together. We all have problems, but we’re all going to resolve it together. We’re going to make it better together. Los Angeles, it’s a family.”

Earlier this year, Guetta had announced plans to open a pop-up museum in Beverly Hills, at the Richard Meier-designed space that was previously Paley Center for Media, but the COVID-19 pandemic has put those plans on hold, explaining that “right now is not the right time to do it.” But, he says, he’s been staying positive during the pandemic: “Something is going to be good again. Something is not going to be just good again, but better than ever.”

He repeats credos during our interview—”You really have to follow your heart, because love is the answer”—but he also has a bigger message to share with people.

“Everyone can make it happen. Everyone is beautiful and can show light to everyone,” says Guetta. “It happened to me. I’m no better than anybody else. I’m not more artistic than anybody else. I just don’t give up. I just work and make it happen. So, don’t give up. You’re beautiful and you can do something different in this world, just believe it because you have the talent to do it.”

The mural is located at 1255 S. La Brea Avenue in Mid-Wilshire. Take a photo with it and tag it #MyBestOfLA to be reshared.