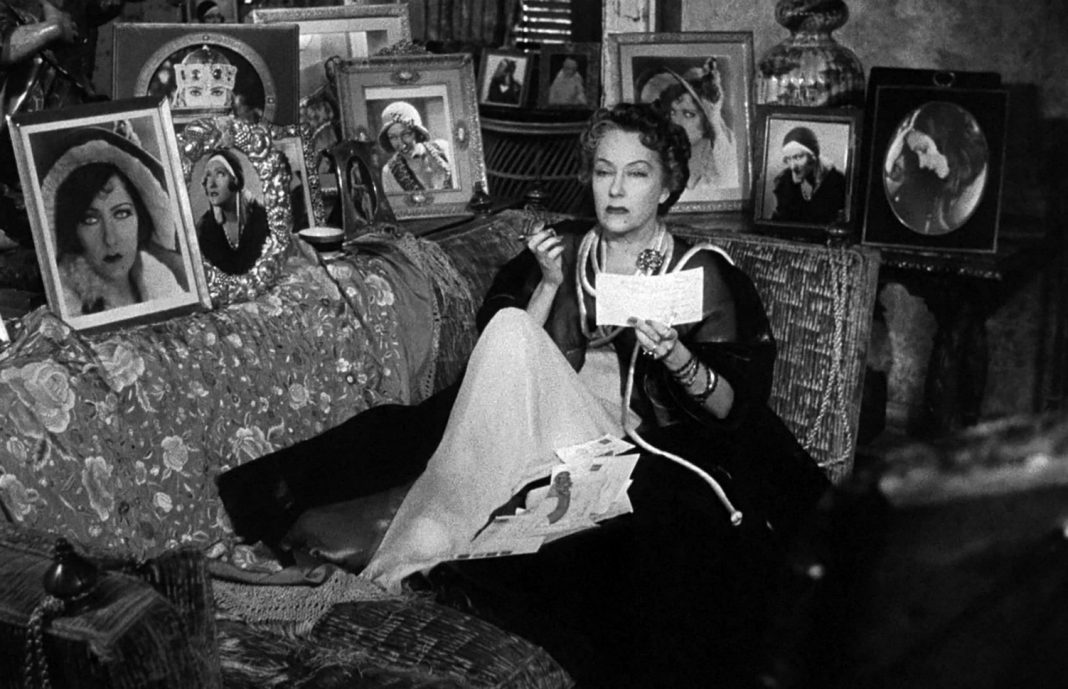 Missing Los Angeles even though you’re still here? Feeling like you live in an apartment in Anytown USA instead of our expansive, magical, mucky city? Luckily, the City Angeles is also the city of celluloid—and there are countless movies to watch to get out of the house and into the city, without ever leaving your bed. (We recommend pairing your viewing with take-out from a local restaurant.)

Silent Hollywood constantly utilized Los Angeles locations, and Charlie Chaplin was no exception. In the heartwarming (at times nauseating) The Kid, we get glimpses of everything from pre-Disneyfied Olvera Street to Pasadena’s famed Suicide Bridge.

Streaming for free for Starz subscribers; available to rent on Amazon, YouTube, and iTunes.

This noir classic based on a Raymond Chandler novel takes detective Philip Marlowe (Humphrey Bogart) to locations (created on the Warner Brothers lot) inspired by real locales including the Security Pacific Building and the Stanley Rose Bookshop.

As screenwriter Henry Gayden notes, many low-budget noirs were filmed around L.A.—particularly downtown Los Angeles because it was cheap. He Walked by Night is one of the best examples, and includes an early view of the Hollywood Sign.

Streaming for free on Prime Video, Vudu, and Kanopy; available to rent on Amazon.

This Billy Wilder takedown of Hollywood is also about Los Angeles as a whole, and features Paramount Studios and long-gone L.A. treasures like the legendary Schwab’s Drugstore and 641 South Irving Boulevard, the fabled Sunset Boulevard mansion of Norma Desmond, which was torn down in the late 1950s.

Stream for free on Prime Video, the Criterion Channel, Crackle, and Pluto TV; available to rent on Amazon, YouTube, iTunes, and Google Play.

For an entirely different take on youth-driven rebellion, try this counter-culture exploitation movie which was inspired by the curfew riots on the Sunset Strip. For trippy documentary footage of the time, check out Mondo Hollywood, called by Variety a “flippy, trippy psychedelic guide to Hollywood.”

Stream for free on Prime Video; available to rent on Amazon.

Set in the 1930s through ’50s, this romantic, gold-lit weepy stars Barbra Streisand and Robert Redford as sophisticated, star-crossed lovers. Everything falls apart in Los Angeles, when even the stunning beaches, mammoth mansions, and shiny movie studios aren’t enough to keep the couple in the mood for love.

No movie has done more to define L.A. in popular culture than Chinatown. Moving from City Hall to Point Fermin Park to the Pig & Whistle to Echo Park and more, Jack Nicholson’s private eye epitomizes the seedy shadiness associated with L.A. “Forget it Jake, it’s Chinatown” could really be the mantra for all of Los Angeles.

Free to stream for Starz subscribers; available to rent on Amazon, YouTube, Google Play, and iTunes.

This sexy, stylish Hal Ashby sex comedy takes a look at hip Hollywood, starring peak-cool Julie Christie, Warren Beatty, and Goldie Hawn. Said to be based in part on the life of hairdresser (and Manson victim) Jay Sebring, it features gloriously bright locations shot in both West Hollywood and Beverly Hills.

Stream for free on Crackle; available to rent on Amazon, YouTube, Google Play, and iTunes.

Set in apocalyptic, zombie-infested Los Angeles, this film follows two Valley Girls as they roam L.A., searching for survivors and getting a little shopping done along the way. Includes glimpses of the El Rey, the Bank of America Plaza, and Whittier Boulevard.

Stream on Tubi, Pluto TV, and Shudder; available to rent on Amazon.

Jeff Goldblum and Michelle Pfeiffer star in this comedic thriller that features everything from Randy’s Donuts to Tommy’s Burgers to the International Terminal at LAX.

Thom Andersen’s 169-minute love letter to L.A. explores how Los Angeles has been presented and portrayed in film over Hollywood’s first century.

Streaming for free on Kanopy; available to rent on Vudu, YouTube, Google Play, and iTunes.

Stream for free on Prime Video, Hoopla, and Kanopy; available to rent on Amazon, Vudu, iTunes, and Fandango Now.

This hard-hitting documentary takes a look at the Latino punk scene in East Los Angeles and features the fraught days and revolutionary nights of this homegrown music scene.

Streaming for free on Prime Video and Kanopy; available to rent on Amazon and iTunes.

Hungry for more L.A.-centric recs? How about … L.A. Story, Them!, Straight Out of Compton, In a Lonely Place, La La Land, 500 Days of Summer, Valley Girl, Swingers, Once Upon a Time in Hollywood, Mommie Dearest, Kiss Me Deadly, Show People, Rebel Without a Cause, Mildred Pierce, Fast Times at Ridgemont High, Clueless, Devil in a Blue Dress, Point Break, The Long Goodbye, Singing in the Rain, Jackie Brown, and The Big Lebowski.