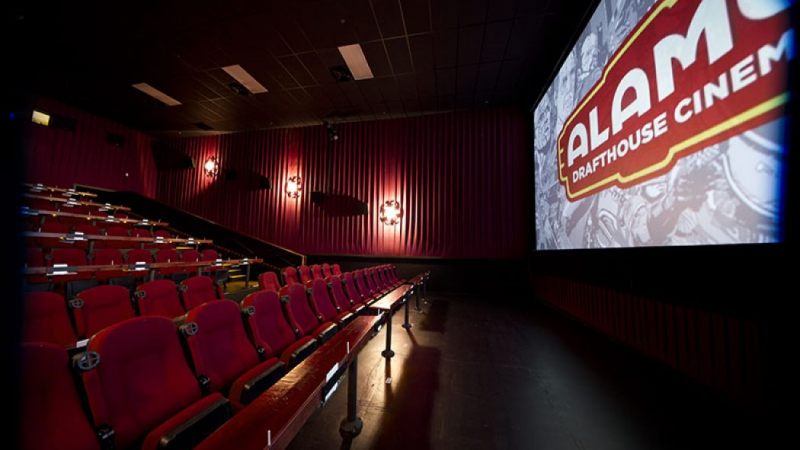 UPDATE: On Sunday, March 15, Los Angeles Mayor Eric Garcetti announced that he signed an executive order mandating the temporary closure of many public places, including movie theaters, bowling alleys, arcades, and bars. Restaurants will remain open, but only for takeout and delivery orders.

If you’re absolutely sure you’re healthy and you just need to head out into the world, going out to the movies is one of the only things you can still do–practically every other form of entertainment is offline until April. Which raises the question: How are movie theaters responding to coronavirus? Local chains have announced a variety of measures aimed at protecting cinema-lovers and staff.

Alamo Drafthouse released a statement on Friday stating their updated policies for preventing the spread of COVID-19. Surfaces including armrests, cupholders, and tables will be sanitized between shows, all guest-accessible hard surfaces will be disinfected at least once per day, and staff have received additional training on illness prevention. Employees are also being offered paid sick leave, including up to 14 days of quarantine time.

Perhaps the most dramatic change at Alamo Drafthouse is a seating policy designed to enforce “social distancing.” When you attempt to book a seat online, the system will block out a buffer seat on either side of you, to space patrons farther apart.

Similar measures have also been adopted at the Laemmle cinemas. That chain has also opted to limit capacity of their screening rooms to no more than half-full, to allow patrons space to spread out. Additionally, Laemmle is taking steps to reduce human hand contact between staff and patrons in the movie-going experience.

Even the biggest movie theater chain in the U.S., AMC, is taking extra precautions. They’ll be selling only 50 percent of seats for any given screening through April 20.

What you’ll be seeing on screen might be a bit different than originally planned as well. Many of the biggest releases that were set for coming weeks, including Mulan, A Quiet Place Part 2, and new installments in the Fast and Furious and James Bond franchises have all had release dates pushed back.

RELATED: What’s Closed, Canceled, and Postponed Due to Coronavirus So Far?