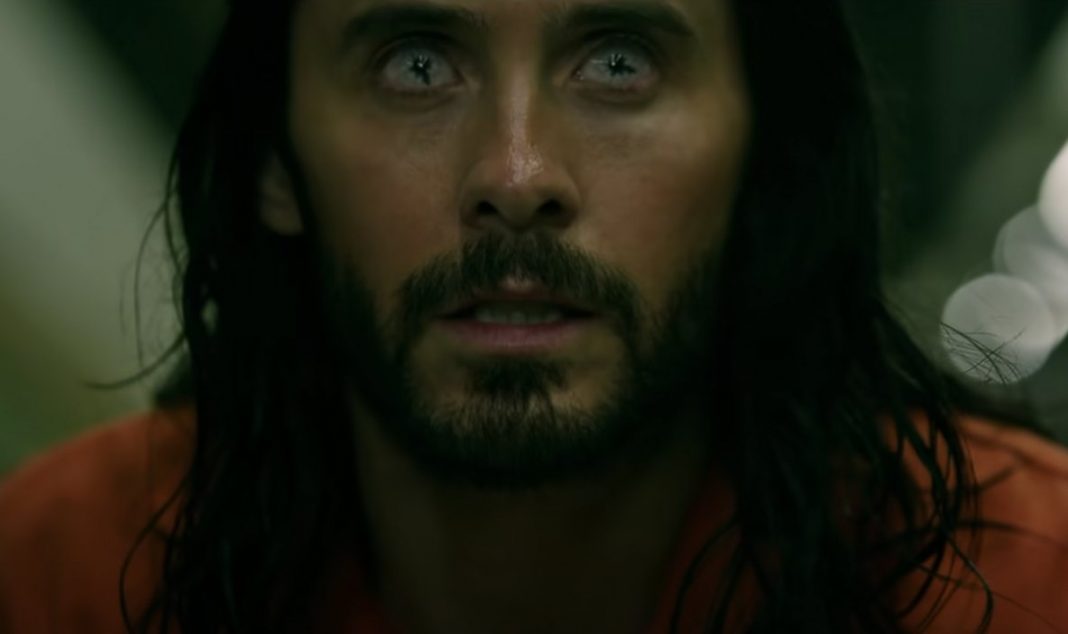 After seeing six different release dates come and go, it seems that the seventh one has stuck and Morbius, the new vampire superhero/antihero movie from Sony Pictures (in association Marvel, don’t forget!!!) is finally here even though there’s a perfectly good bat-based comic book movie already playing in theaters.

Oscar winner (and, unfortunately, newly-crowned Razzie winner… ssshhh) Jared Leto stars in this PG-13 film, which is cut from the same disappointing cloth as the studio’s Venom sequel, and is expected to open to half as much as that movie, leaving Sony as satisfied as I imagine ticket buyers will be.

Leto plays Michael Morbius, excuse me — Dr. Michael Morbius — who was born with a rare blood disease that forced him to walk with the aid of forearm crutches. As a boy, he found himself under the care of a kindly doctor (Jared Harris, Chernobyl), who ran a clinic of sorts that did its best to care for kids with incurable illnesses. One of its young charges, Lucien, hailed from a wealthy British family and grew up with the same rare blood disease as Michael, who quickly nicknamed him Milo after his original friend at the clinic.

Michael grows up to be a Nobel Prize-winning scientist famous for creating synthetic blood — an achievement only made possible by rich kid Milo (Matt Smith, Doctor Who), who has financed Michael’s research and experiments. Of course, Michael is also using the money to fund blood research that isn’t entirely ethical, let alone legal, and that’s because he knows that he and Milo are running out of time and must resort to drastic measures. 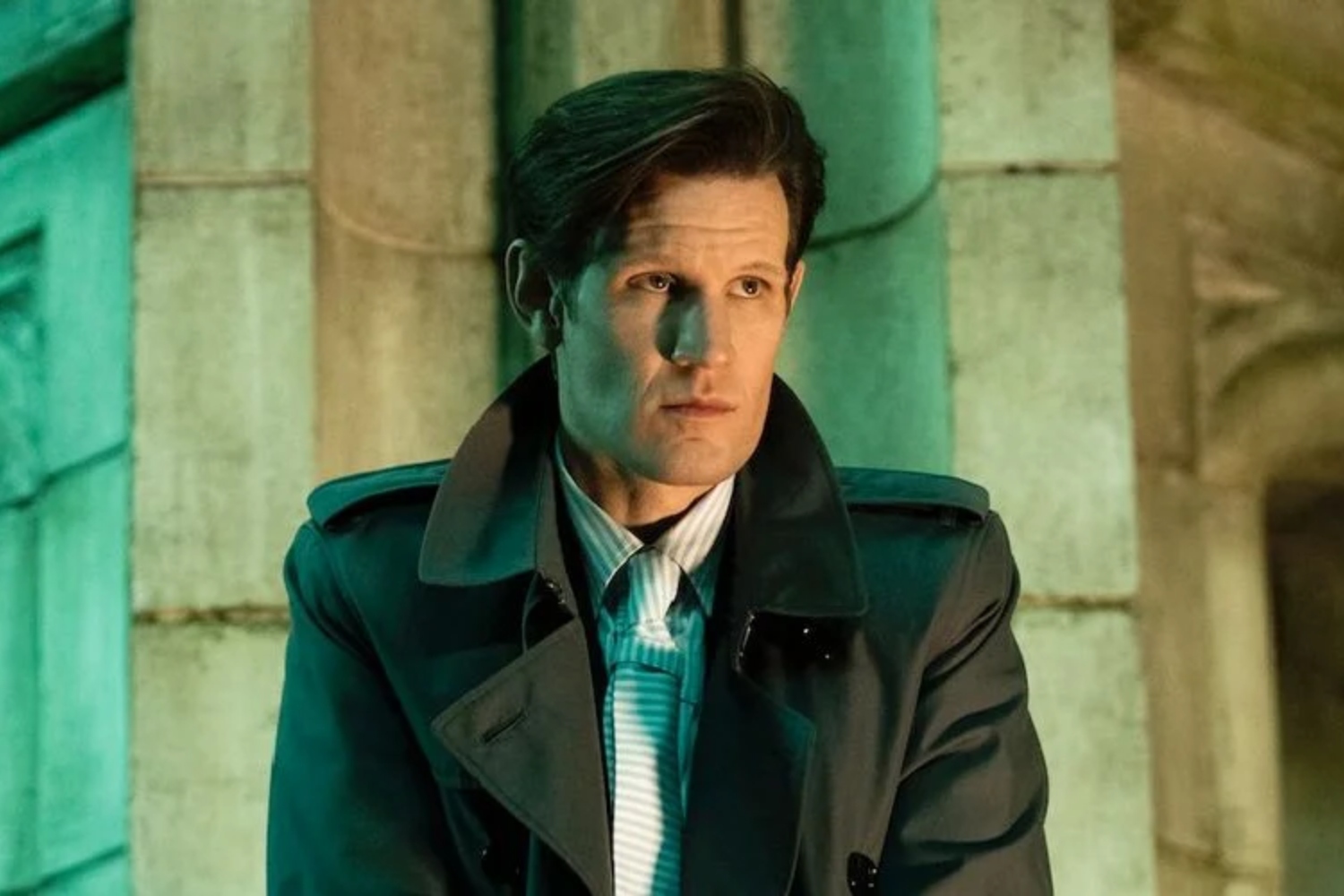 Those measures? Injecting themselves with a serum featuring the DNA of Costa Rican vampire bats, which can take down creatures 10 times their size and have finely-tuned radar that allows them to hear things from great distances. Some superheroes get superhuman strength or supersonic speed, but my boy Morbius? He’s just a great listener.

Anyway, you know how this story goes. Michael injects himself and immediately regrets it, calling his budding vampirism a curse and warning Milo not to do it, only for Milo to defiantly do just that, because what else is he supposed to do — just curl up in a ball and die from their incurable blood disease? Naturally, Milo starts to enjoy his newfound powers a little too much, and it’s up to Michael to stop him.

What is Milo’s plan? I have no idea. What is his motivation? At one point, he explains that he and Michael have lived their whole lives with death hanging over them, so “why shouldn’t they [meaning healthy people] know what it feels like for a change?” I can actually understand where Milo is coming from, as most people take their health for granted, but it feels kind of thin. I know he’s staring death in the face, but he’s also had a long time to come to terms with his illness and I didn’t necessarily buy that he’d start giddily murdering people to save his own skin.

There’s also a ticking clock of sorts attached to this story, as Michael can only go so long between feeding on bags of artificial blood, and that time interval is growing shorter, though Dracula Untold screenwriters (shudder) Matt Sazama and Burk Sharpless do a poor job of elucidating the stakes behind that growing threat, which speaks to the real issue at hand — how surface-level this attempt at world-building is, seeing as how vampires were never really part of the Marvel universe before, be it Sony’s or the real one.

It’s kind of disheartening how generic and formulaic Morbius feels, as Michael Morbius sure does resemble fellow Marvel scientist Bruce Banner, who turns into the Hulk when he gets angry. This film even makes reference to it, as there’s a line where Morbius says he’s hungry, and “you wouldn’t like me when I’m hungry,” just to drive home the comparison. The point is, we’ve seen this all before, but instead of a green monster, the scientist turns into a vampire. There’s really not a big difference, since it’s not like Morbius plays by the rules of a traditional vampire movie. There’s no garlic in this film and no one waits to be invited inside anywhere either. 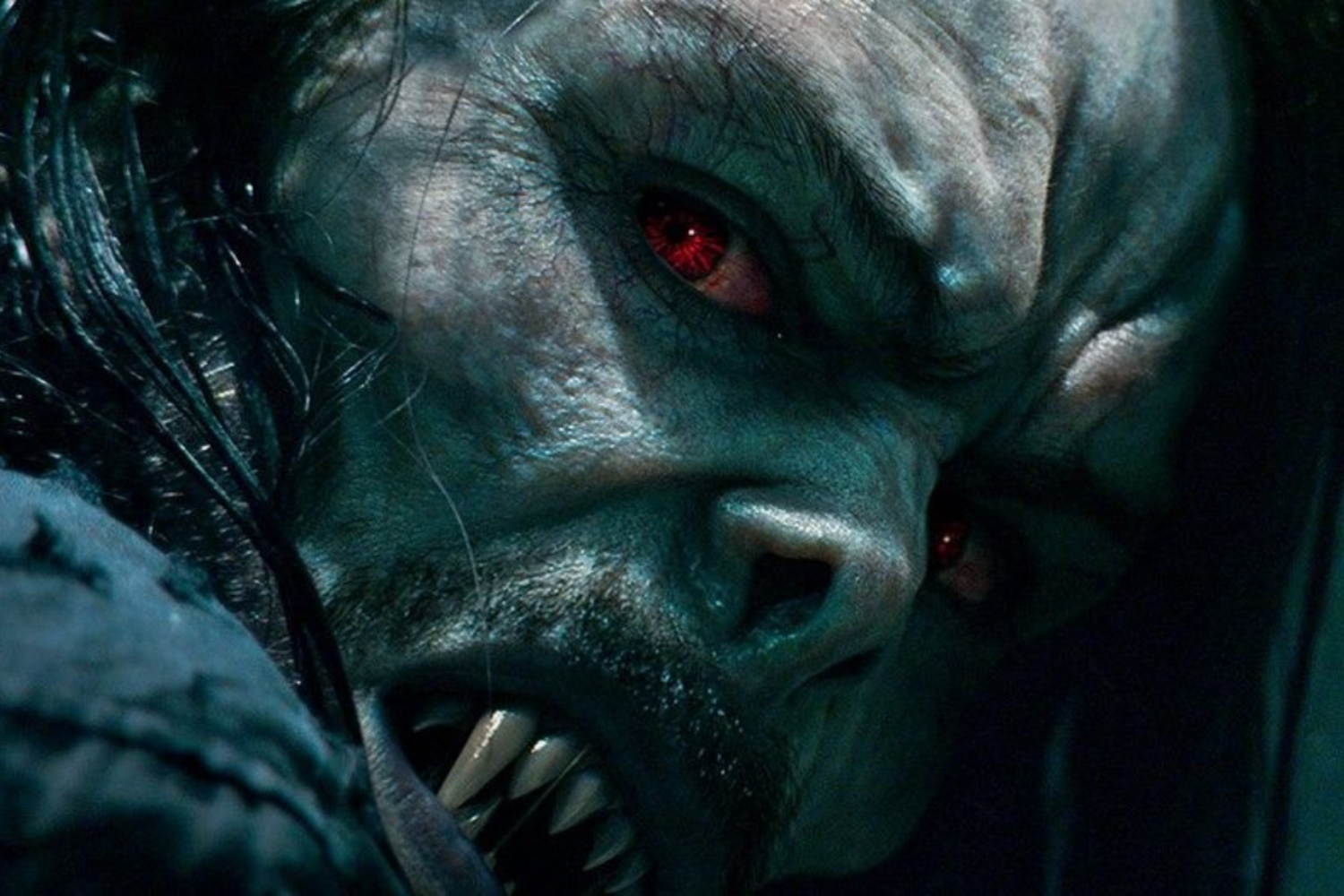 Speaking of which… this is, ostensibly, a vampire movie, so its PG-13 rating is kind of a problem. I fully understand the economics of Hollywood tentpoles and that studios can’t afford to shell out $75 million-plus on R-rated movies when the target audience for Morbius is likely teenagers, but being a movie about vampires, Morbius might have been better served with a more adult rating, at least creatively speaking. For a movie about blood, it’s… curiously bloodless. I just look at the success that Fox had with Logan and Deadpool, and I’m not sure why more studios don’t emulate that extreme path, which may have worked wonders here and could maybe have been more lucrative for Sony depending on how Espinosa chose to use that extra bit of creative freedom. Had Sony embraced the vampiric nature of its protagonist and steered this film into horror film territory, I wonder if it could enjoy crossover success as both a genre film and a superhero movie.

Either way, one inescapable issue versus that of Sony’s hit Venom franchise that does not weigh in Morbius’ favor is that of star power. I think Leto is a pretty good actor but he’s not a capital-M, capital-S Movie Star (as good as he was in Requiem for a Dream) who can anchor a film of this size. I mean, Venom’s Tom Hardy played Mad Max and Bane, whereas Leto played the Joker in Suicide Squad for a few minutes. Smith is neither Riz Ahmed nor Woody Harrelson. Up-and-comer Adria Arjona is not four-time Oscar nominee Michelle Williams or one-time nominee Naomie Harris. You see what I’m getting at here? The elements in this film — and accordingly, its budget — just aren’t comparable.

It’s not that Leto or Smith are bad here, they’re just saddled with some tough material, and there’s really no supporting cast to help them get through it, as Arjona, who plays Michael’s fellow scientist and (poorly scripted) love interest, is relegated to a hospital bed for much of the running time, and Harris is thoroughly wasted as Michael and Milo’s mentor cum father figure. Elsewhere, Al Madrigal and Tyrese Gibson play a couple of FBI agents hunting Michael, though neither is terribly effective, even though Madrigal’s character does lends the film a little humor — something it probably could’ve used more of given the inherent silliness of this entire endeavor.

At times, the action can be thrilling as colorful pixels trail Michael’s manic, monstrous movements, but at others, it’s far too hard to discern what the hell is going on onscreen unless director Daniel Espinosa and DP Oliver Wood veer into slow-motion. I liked some of the more subtle effects work, such as a flash of anger that reveals the vampire lurking within, not to mention what happens to Michael and Milo’s ears while using their bat radar, but their digital transformations aren’t as frightening as good old-fashioned makeup and prosthetics work. Milo’s transformation brought to mind Edward Herrmann in The Lost Boys, only half as scary — not what you want from your bloodthirsty villain.

The end credits include two brief scenes, both of which feature a past Spider-Man villain, and neither of which are any good. That pretty much sums up this entire endeavor. Morbius certainly isn’t terrible, but it lacks real bite and simply isn’t good enough to merit a visit to your local movie theater. This is what we in the biz call “a rental,” which kind of says it all these days, doesn’t it?