Home TV The Cast of There Goes the Motherhood, Ranked by How Much We... 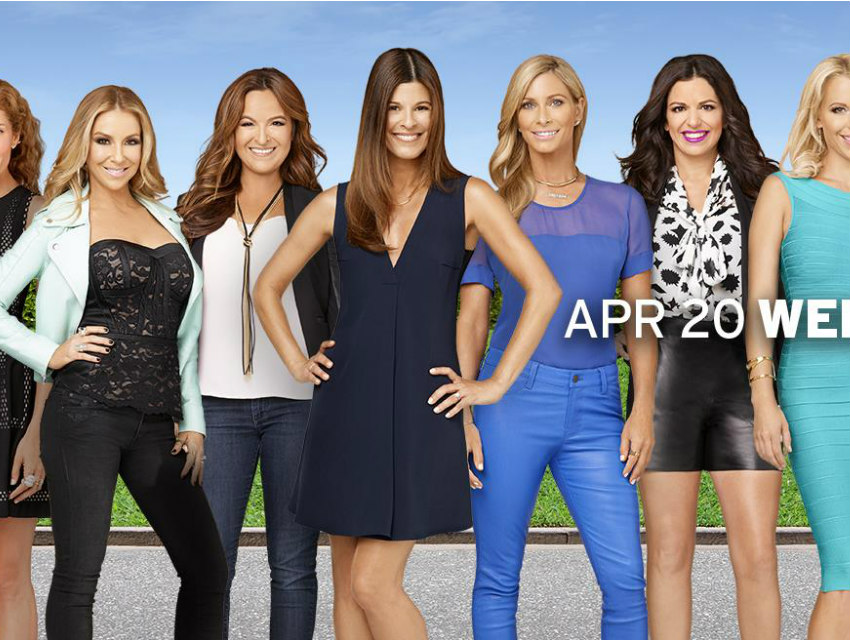 Within the first two minutes of the show, a toddler—a starry-eyed, innocent, cherub-like mini human—says with no context at all, “Money talks; bullshit walks.” I don’t care if it took the producers three hours and hundreds of takes to successfully spoon feed this kid that line, it was the perfect combination of hilarious, endearing, shocking, and utterly grotesque. It was everything a good reality show should be.

You might not yet be familiar with There Goes the Motherhood. You should change that. It’s fantastic. The show follows six L.A. moms of varying degrees of wealth—some are wealthy whereas others are super-wealthy—as they criticize each other’s parenting styles, drink wine, unsolicitedly rap at X-to-the-Z Xzibit (spoiler alert!), and attend a “mommy group” together, which, if we are to believe this show, is a real thing that exists. To put it simply: It’s the Real Housemoms of L.A.

Though the series just kicked off last week (it’s on every Wednesday at 10:00 p.m.), we’ve put together our way-too-early power ranking of all the cast members, based on how much we wished they were our moms growing up. It’s about to get weird.

6. Jen Bush
First red flag: she named her kid Rivers. Second red flag: She makes Rivers wear a fedora. Third red flag: She covers Rivers’ ears when people say what she perceives as curse words, but are not actual curse words. She refers to “idiot” and “moron” as “the I word” and “the M word,” respectively. If you wouldn’t enjoy growing up mind-numbingly sheltered and having bullies fill your fedora with dog turds every day after school, Jen might not be the ideal the mom for you.

5. Beth Bowen
Beth likens parenting to negotiating with terrorists. Beth spends lots of money on clothes as her kids run amok in the store. Beth approached Xzibit at Stefanie’s pool party (more on that later) and rapped Eminem verses while proclaiming “I’m a gangsta rapper at heart.” When Beth meets one of your black friends’ parents, she would likely try and fist bump them instead of shaking their hand.

4. Stefanie Fair
A huge, huge, huge part of me wanted to put Stefanie higher on the list. She has a super sweet house in Brentwood and Xzibit showed up to her pool party. Come on, who wouldn’t want the former Pimp My Ride host as an unofficial uncle? Thennnnnn we found out that she put deadbolts on all her kids’ bedroom doors and locks them in at night so she can get ripshit off wine while watching them from surveillance cameras. Where’s Snowden when you need him, right?

3. Alisa Starler
We know almost nothing about Alisa at this point. She still lands inside our top three. Sometimes the devil you don’t know just seems better.

2. Leah Forester
Never mind the Buddhist chanting or the fact that she thinks her kids were sent to her from the stars, Leah is the cool mom who’s super open about the joys of sex and smoking weed. Her pantry is probably filled with the best organic munchie snacks and she would likely hand out variety packs of condoms to you and your friends before going out to a house party. Huge points for that.

1. Meghan Conroy-Resich
You get the sense that Meghan was cast as the control variable—the one mom who’s relatively normal and isn’t a living embodiment of L.A.’s most egregious stereotypes. She has chickens in her backyard, she lets her kids ride bikes around the pool, and she seems to have a generally laissez faire attitude towards most things. That said, Meghan’s storyline could just be the calm before her inevitable reality TV meltdown storm. Fingers crossed!