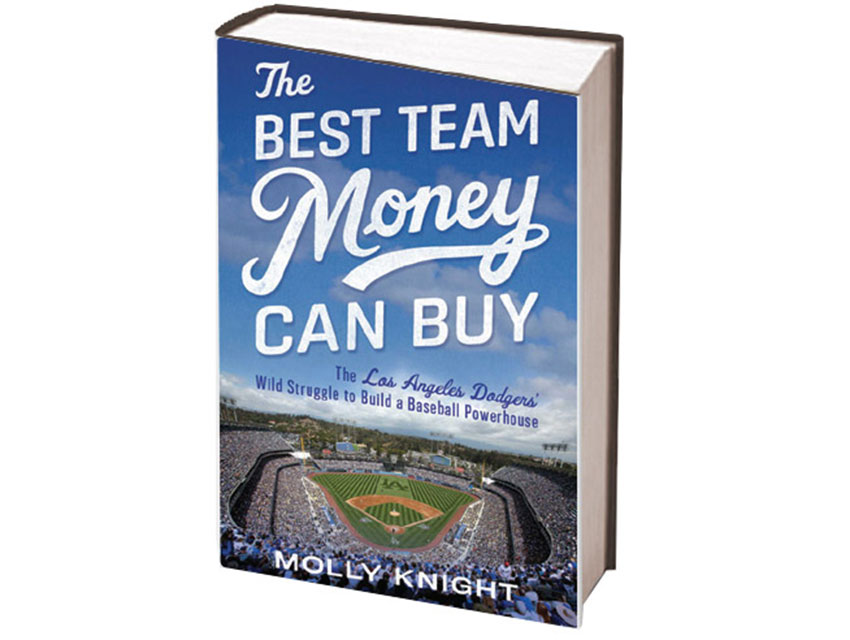 Infuriatingly, the Dodgers will never eclipse the Yankees in one all-important category: books written about the team. ESPN writer Molly Knight’s The Best Team Money Can Buy battles the odds with an agile exploration of the Dodgers’ vertiginous 2013 season. Knight had her notebook out for all of it: Guggenheim Partners’ $2 billion buyout of team owner and “professional litigant” Frank McCourt; rookie Yasiel Puig, fresh from Cuba and playing the game like he’d invented it; and pitcher Clayton Kershaw, who was perfection right up until it counted most. For any self-respecting fan, putting this book down would be like trying to eat just one garlic fry. If only Knight had spared a few pages for the man on whom the Dodgers’ future really depends: Charley Steiner, the play-by-play announcer who will someday—though not for years, no, maybe not ever; in fact, never mind—inherit Vin Scully’s microphone.

The Dodgers: Not in the World Series, but Always on Our Walls

Escape from Cuba: Yasiel Puig’s Untold Journey to the Dodgers