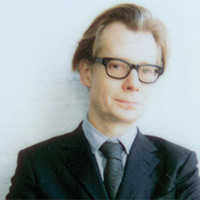 The new head of the Museum of Contemporary Art, Philippe Vergne, has galleries on his mind. “I love going to galleries,” he says. “If you work in a city, you need to get to know the people who work with you, next to you, and these galleries represent many of the artists who work and live in Los Angeles.” It makes sense that Vergne, a 48-year-old former figure skater from Troyes, France, wants to build relationships. His predecessor, Jeffrey Deitch, drew crowds with his shows on street art and disco, but his management was a disaster that splintered the museum’s board of directors. Even before that, the endowment had dwindled to $5 million. Vergne now has more than $120 million. He made his reputation at the Walker Art Center in Minneapolis, mounting provocative installations, like Kara Walker’s gorgeous paper silhouettes commenting on racism, before moving to New York’s Dia Art Foundation. His first MOCA exhibition, Steve McQueen: Drumroll, opens June 28 at the Pacific Design Center and features a dozen photographs along with a three-screen installation of an early video by the 12 Years a Slave director. “I think if we are true to our legacy of being a contemporary art museum, we should do it by putting experimentation into context,” says Vergne. “It means that we can show historical work in an experimental way. We can experiment with history. We can experiment with the present.”

A few highlights from Vergne’s career

Carl Andre: Sculpture as Place, 1958–2010 (2014)
Since his 1985 acquittal in the death of his wife, artist Ana Mendieta, the sculptor has kept a low profile. The Dia: Beacon show, which comes to MOCA in 2017, could mark a comeback—or incite more controversy.

Gramsci Monument (2013)
The makeshift plywood structure, designed by Thomas Hirschhorn and overseen by a team at Dia, also served as an ad hoc community center in the South Bronx.

Whitney Biennial (2006)
One of Vergne’s most memorable selections for the exhibition, which he cocurated with Chrissie Iles, was a graffiti-inspired painting by trumpeter Miles Davis.