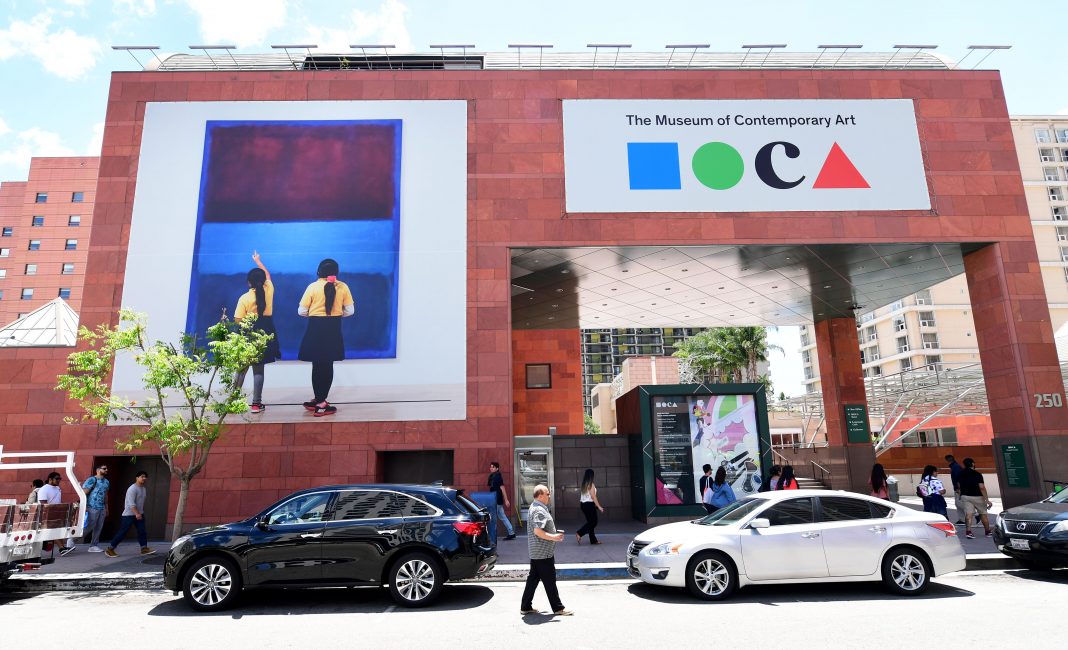 UPDATE (12/6/19): In a statement released this afternoon, MOCA announced it would voluntarily recognize the proposed union. The agreement confirms that the American Federation of State, County, and Municipal Employees will represent museum workers in upcoming negotiations.

“We have spent the last two weeks thoroughly considering the staff’s initiative through the lens of MOCA’s vision of being a civic-minded institution, and we concluded that we want to be supportive of this effort,” MOCA director Klaus Biesenbach wrote in the prepared statement.

By voluntarily recognizing the union, workers can skip the step of requiring a formal National Labor Relations Board election.

“We are thrilled MOCA will voluntarily recognize our union,” wrote gallery attendant Christine Samples. “We look forward to working together to start a new partnership to serve our community through appreciation and education of the art we love.”

The wave of labor organizing in arts institutions continued on Friday, as 128 workers at MOCA in Los Angeles approached management to recognize their union. The group of workers, which primarily includes gallery assistants and guest-facing roles, describe low wages, being expected to stand for long periods of time, and not being able to take breaks even when they’re scheduled due to a lack of relief staff to fill in, among other concerns.

“These are the people who have conversations about art,” says Ling Esangga, a representative for AFSCME Council 36, the union with which the MOCA workers have been organizing. “They mostly have Masters degrees, higher education, but they are making just minimum wage.”

A group of around 50 workers arrived at the office of MOCA chief Klaus Biesenbach to read their demands. Biesenbach was not present when they arrived, though the organizers suspect that he didn’t know what they were planning and were unaware of any union activity at the museum up to now.

“We contend that in order for the museum to realize its core values as a civic institution, the well-being of its workers needs to be considered among its chief concerns,” a worker wrote in a statement about the announcement. “If MOCA is serious about its stated goal of entering a new chapter in its history, we believe that management needs to work with us to turn the page on its labor practices of the recent past, and to assure that staff are given fair wages and stable working conditions.”

Part of that “new chapter” that MOCA is looking toward is dropping admission fees at its galleries starting on January 11, 2020. By going free, it’s likely that the museums will see an uptick in visitor traffic, which could then increase demands placed on the workers who interact most directly with those visitors.

MOCA management does not appear to be supportive of the attempt to unionize. A statement emailed by the museum reads: “While we respect the right of employees to decide whether or not they wish to be represented by a union, we do not believe that this union is in the best interest of our employees or the museum.”

The announcement comes just weeks after the abrupt shuttering of Marciano Art Foundation, whose visitor-facing staff had also moved to unionize. While MOCA is older and far more established, the tempestuous co-founder of that now-closed institution, Maurice Marciano, is a central figure at MOCA too. Of note, Biesenbach’s formal job title is “The Maurice Marciano Director” of MOCA and Marciano remains a chair emeritus of MOCA’s Board of Trustees.