Home Uncategorized Moby Dick Beaches Itself on L.A.’s Shores: 5 Ways to Cram for... 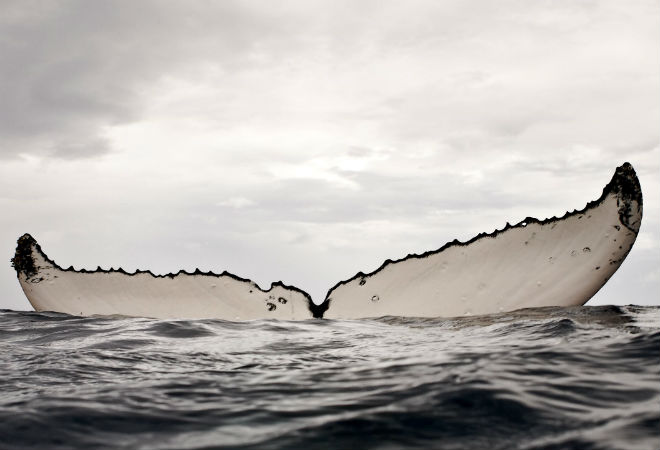 What ever happened to Moby Dick? That’s not just a rhetorical question, it’s the name of an event series sponsored by the Library Foundation of Los Angeles and the Los Angeles Public Library. The idea is to explore how the often assigned, rarely read book by Herman Melville relates to a 21st century megalopolis like Los Angeles. Published in 1851, the whale of a tome spends approximately 600 pages dissecting Captain Ahab’s obsession with the beast that took his leg and the whaling industry itself. But the larger struggle may be getting people to read the book. As Stephen Colbert asked, “Is Moby Dick a metaphor for the struggle of trying to read Moby Dick?”

Throughout September and early October, “What Ever Happened to Moby Dick?” delves into Melville’s whale tale with talks, concerts, theatrical performances, movie screenings, and interactive social media experiments at library branches all over the region.

If you’ve dreamt of fishing in the North Atlantic, the Hammer Museum hosts a free screening of the visceral 2012 documentary Leviathan on September 25. Wondering how Moby Dick holds up in a classroom in the era of YouTube and hip-hop? Melville may be the master mashup artist of the nineteenth century. Learn how at “Re-Mixing Moby Dick, or, Media Studies Meets the Great White Whale,” a panel discussion at downtown’s Central Library on September 26. On October 5, David Schweizer’s My Moby Dick promises “a uniquely Southern Californian look at the literary masterpiece.”

Before you set sail, brush up on your knowledge of Captain Ahab, Queequeg, and the titular big fella himself with these five riffs on the novel.

1. Picture Book
Matt Kish’s beautiful art experiment, Moby-Dick in Pictures: One Drawing for Every Page, won’t help you with the plot points of the novel, but every page features a gorgeous illustration based on a quote from the text, which is highlighted in the margin.

2. TV Drama
The 1988 TV adaptation is a double whammy when it comes to Moby Dick trivia. Gregory Peck won a Golden Globe Award for his portrayal of Father Mapple but this was not the first time Peck sailed the Pequod. In 1956 he starred as Ahab in John Huston’s adaptation, which featured Orson Welles in the role of Father Mapple.

3. Whale Songs
Taking a sensory approach, the 2004 album from progressive heavy metal pioneers Mastodon, Leviathan, is heavily influenced by Moby Dick. Melville’s universe is evident in refrains like ”White whale/Holy grail” and “Harpoons thrust in the sky” as well as in song titles “Blood & Thunder,” “Seabeast,” and “I am Ahab.” Turn up the volume and let the thunderous roar of distorted guitars carry you out to sea.

4. Panel By Panel
From The Illiad and Treasure Island to Dracula and The Jungle Book, Marvel’s series of illustrated classics adapts great literary works from the Western canon. Marvel Illustrated: Moby Dick was originally published in six volumes, all them featuring stunning artwork by Pascal Alixe. The series has since been published as a one-volume graphic novel with a foreword by Roy Thomas.

5. Deep Dive
George Cotkin’s thorough and easily understandable Dive Deeper: Journeys of Moby-Dick is a comprehensive, chapter-by-chapter analysis of the book’s major themes and plot points. But you don’t have to read the whole thing. A large part of Cotkin’s study is dedicated to describing the various ways Melville’s novel has permeated culture from Albert Camus to Led Zeppelin.