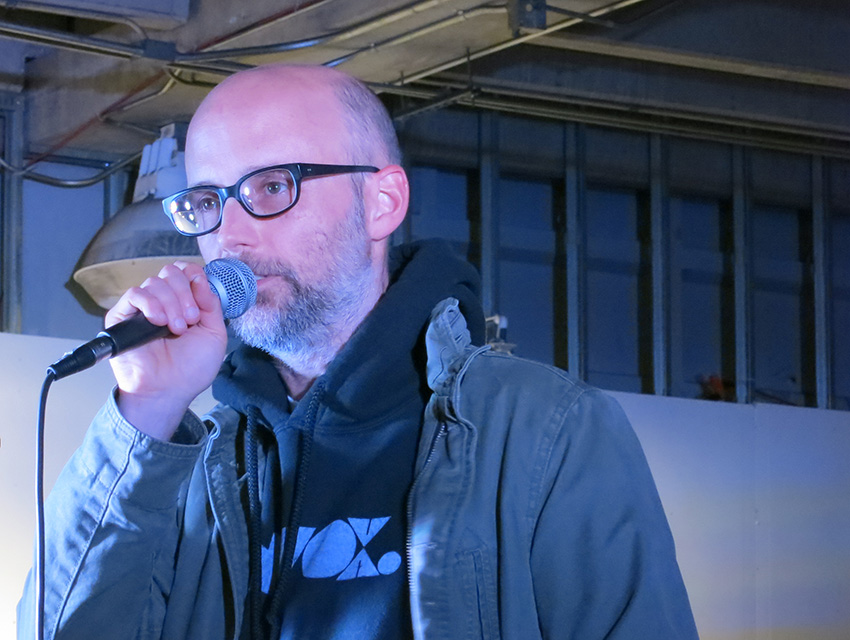 Between delving into architecture, photography, art, and whatever else strikes his fancy, Moby is releasing a new album on December 16. Well, not exactly new. Hotel: Ambient was released in 2005 as a limited bonus disc that came with the Hotel album. A few previously unreleased tracks have been added and the entire album has been remastered. We caught up with Moby to find out what rekindled his love for ambient electronica and how he makes his old tracks new again.

Moby will perform at the Masonic Lodge at Hollywood Forever Cemetery on December 16, 17, 18, and 21st.

What inspired you to re-release this record?
We made only 10,000 copies of Hotel: Ambient and for the last ten years I’ve been trying to get EMI to re-release it as a standalone. They didn’t have much interest, which is understandable because it’s quiet, experimental, and has no vocals or drums. I got the rights back to it six months ago because EMI didn’t really care about it.

What does this revival mean to you as an artist?
I’ve always loved quiet, ambient music. I call Hotel: Ambient an album that most people weren’t able to hear. I’m not thinking in terms of my career or development; I think it’s a little more naïve than that. I just really like this record and I presumptuously hope that the 10 or 20 people who are willing to listen might like it as well.

You’ve never performed ambient music in concert. What will the experience be like?
There will be big screens with visuals that my friends and I have made including clips from David Lynch. The idea is that the show starts very quietly then slowly builds. By the end, it’ll be more dance oriented; not hands-in-the-air raving but more experimental.

I’m doing these L.A. shows because I really hate touring. I’ve been on tour for most of the last 24 years. As I get older, touring starts to get very repetitive. I decided that if I’m going to do live shows or any touring I’d like to something more interesting than anything I’ve done in the past. I don’t see the interest in seeing a middle-aged musician going out and doing the same tour that he did five or ten years ago.

Your show on December 21st will benefit the Integratron. Why did you decide to donate your proceeds to this venture?
About five years ago, I heard about this place in the Joshua Tree called the Integratron. When I moved to L.A. I made a pilgrimage out there. I loved the beauty and the strangeness of it; things like Integratron can only exist in California. I was talking to the women who run it and they said that it needed repairs so I decided to do a fundraiser for them. It’s something utterly unique and special, and perhaps these shows will encourage people to go out to Joshua Tree and see the Integratron. The space lends itself to quiet, atmospheric music.

You are also donating many of your songs to independent filmmakers on mobygratis.com. How did that come about?
I was a philosophy major at Purchase College at SUNY, which had a huge experimental and indie film program. Ever since them I’ve had a lot of friends in the world of experimental, indie, and nonprofit film. They all complain about how hard it is to license music for their films. I started mobygratis.com to provide filmmakers with free music. It’s structured so I can never make money off it. It’s just this humble website with no ulterior motives.

What else should ticket-holders know about your upcoming shows?
These concerts will be boring by definition. I’ll be doing some ambient versions of my better-known songs, but for the most part it will be very, very quiet. If someone comes expecting a big, crazy performance they will be very disappointed. Some of the songs are just instrumental and some don’t even have drums in them. I imagine that someone who saw me DJ at Coachella would come to one of these shows and be profoundly disappointed. Hopefully, people will know what they are getting into. There will probably be a few people asking for their money back.