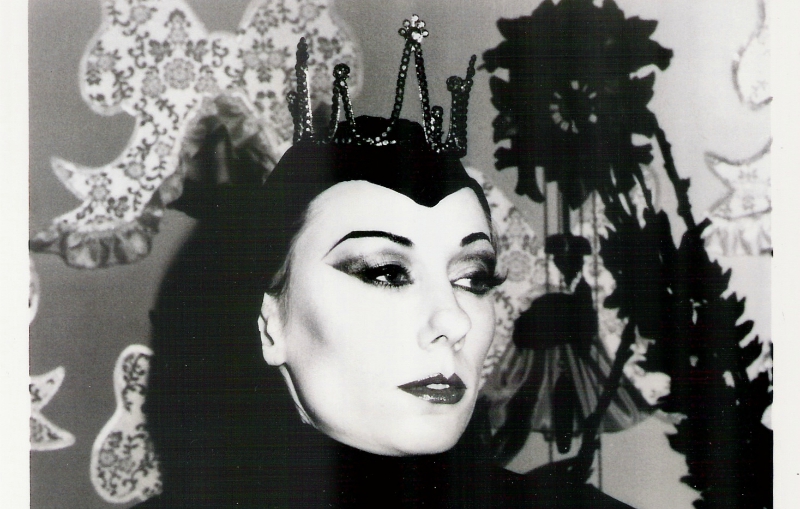 At some point during the late 1960s, soon-to-be-cult-famous friends (and friends of John Waters) Mink Stole and Divine were considering getting an apartment together. This was not an idea that appealed to Stole’s mother, a Catholic convert who, despite left-leaning politics, worried terribly about outward appearances. “She would never have admitted [she said it], but my mother said that she really hoped I wouldn’t do that and she’d rather I had a lesbian for a roommate, because a female roommate was respectable.”

They didn’t end up rooming together, but for the subsequent two decades, Stole (real name: Nancy Paine Stoll) and Divine (real name: Harris Glenn Milstead) co-starred in a series of Waters’ feature-length films. Many of those masterfully twisted midnight movies to-be—early ones like Mondo Trasho, Multiple Maniacs, and Pink Flamingos, in particular—exist to almost exclusively to explore the dankest depths of disreputability. (Her mother wasn’t a fan of this either.)

Mink was forever the foil to Divine’s unlikely hero; at the climax of Pink Flamingos, Divine’s character puts Stole’s character on trial, convicts her of “asshole-ism,” tars and feathers her, and then executes her with a pistol. It wasn’t until Hairspray that Mink was on the side of the “good guys” as Tammy, a producer on the Corny Collins Show and an ally to “clean teen” and television integrator Tracy Turnblad. Divine played Tracy’s mom Edna, as well as ornery station manager, Arvin Hodgepile.

In 1988, the year Hairspray was released, Divine passed away. Later this month, Stole is traveling from Baltimore to L.A. to judge for a Divine drag contest at Sex Cells: Divine Ball, a tribute to the drag legend helmed by Lethal Amounts gallerist and party promoter Danny Fuentes.

Thirty years after his death, Divine’s influence on a generation of drag performers and misfits is indisputable. In 2015, Waters guested on a season seven episode of RuPaul’s Drag Race dedicated to the late actor. The point of the exercise was to embrace a sort of anti-glamour. Be a little gross—as Divine taught us, there’s power in that.

“I’m wondering if anybody will come up with an Edna Turnblad, a non-glam look—or even the scarred face from Female Trouble,” Stole says of judging the contest (in Female Trouble, Divine’s character is mutilated in an acid attack at the hands of Edith Massey). “I’m interested to see what the takes are,” she adds. “Divine has been dead for 30 years—I have a feeling a lot of these contestants born after he died!”

Despite her friend’s influence on modern drag, Stole says she doesn’t think of Divine as a drag performer. “He was an actor who played women’s roles,” she says. “I never think of him as camp in these roles. I don’t think of our films as camp; we tend to get categorized that way, but I think it’s incorrect. He plays every female character perfectly straight… He was a character actor.”

After spending 18 years living in L.A., Stole moved back to Baltimore in 2007. In recent years, she’s acted on stage, recorded an album with her band, Mink Stole and Her Wonderful Band, and currently tours doing a two-woman show with drag performer Peaches Christ. Occasionally, she gets an opportunity to do something to honor her late friend. “I find it fascinating and thrilling that people still really care,” she says. “Divine is still so lionized, even more than when he was alive. He’s become such an important figure and he’s remained so important.

Oh, and her mother (who has since passed away) eventually came around to her unconventional film career. “Once the world starting deciding we were respectable, it was OK for her,” she says. “By the time Hairspray came along, she was actually an extra. She liked Jerry Stiller, so if he’s in the movie, it certainly couldn’t be bad for her to be in the movie.”

A Punk Rock Gallery and a Swanky T-Shirt Brand Battle Over the “L.A. Safety Pins” Design