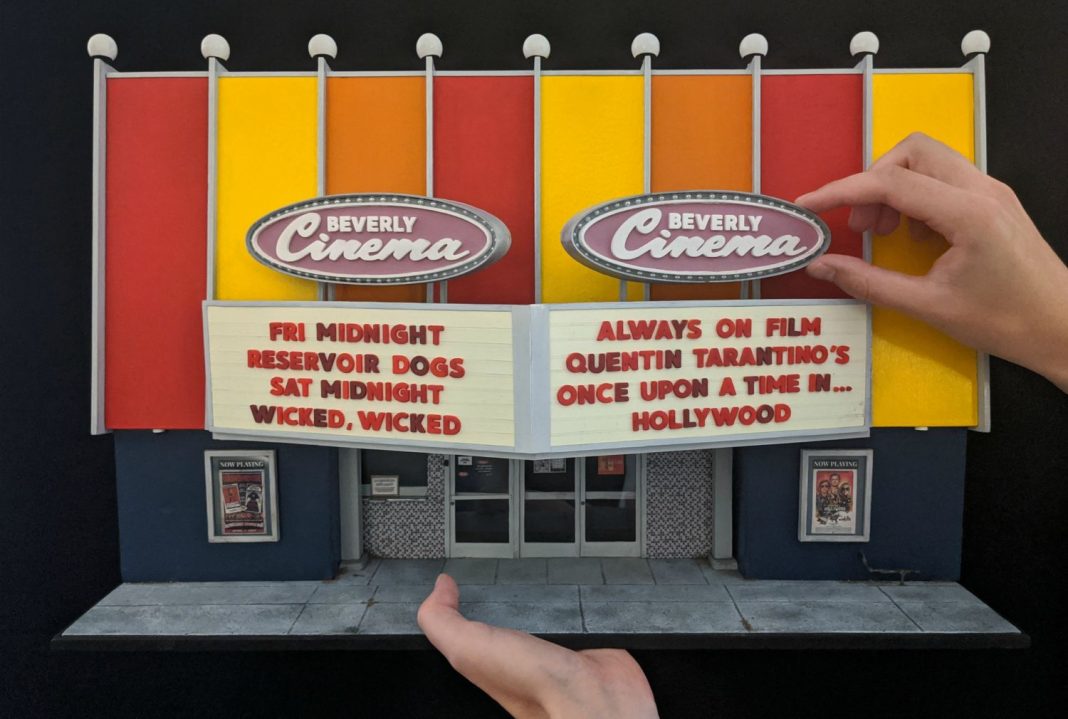 Kieran Wright has been in Los Angeles for only three years but has fallen head over heels for his adopted hometown’s landmarks. The 28-year-old from New Zealand spent this spring and summer meticulously crafting miniatures of some of his favorite L.A. places including the Tiki Ti in East Hollywood and the New Beverly Cinema in Fairfax. “I have this deep appreciation of Southern California’s iconic architecture,” he says. “I love driving around looking for old buildings.”

At the beginning of this year, Wright was furloughed from his job marketing Australia as a travel destination and was looking for something new. During his down time, he visited the Walt Disney Family Museum in San Francisco and marveled at the complexity of the 14-inch diorama of Disneyland. “I could stare at that for hours,” he said. “It inspired me to give it a go myself.”

A short time later he was having lunch with a friend at Rae’s coffee shop in Santa Monica when he was struck with the notion of recreating the 1958 restaurant in miniature and started photographing every canted angle and bit of neon in preparation for his first model. Building Rae’s was a hands-on learning experience for the first-time artist, who turned part of his Miracle Mile home into a studio and learned his technique from YouTube tutorials.

The 1:24 scale Rae’s was crafted from foam, plastic, plaster, and items scavenged from dollar stores. Six layers of paint were needed to simulate the wear and tear of decades of hard living, and authentic rust was made by soaking steel wool in vinegar and painting the goop onto surfaces meant to look deteriorated. The rooftop neon sign was created with the help of a 3-D printer and he fastidiously bent strands of tiny wire to simulate neon. 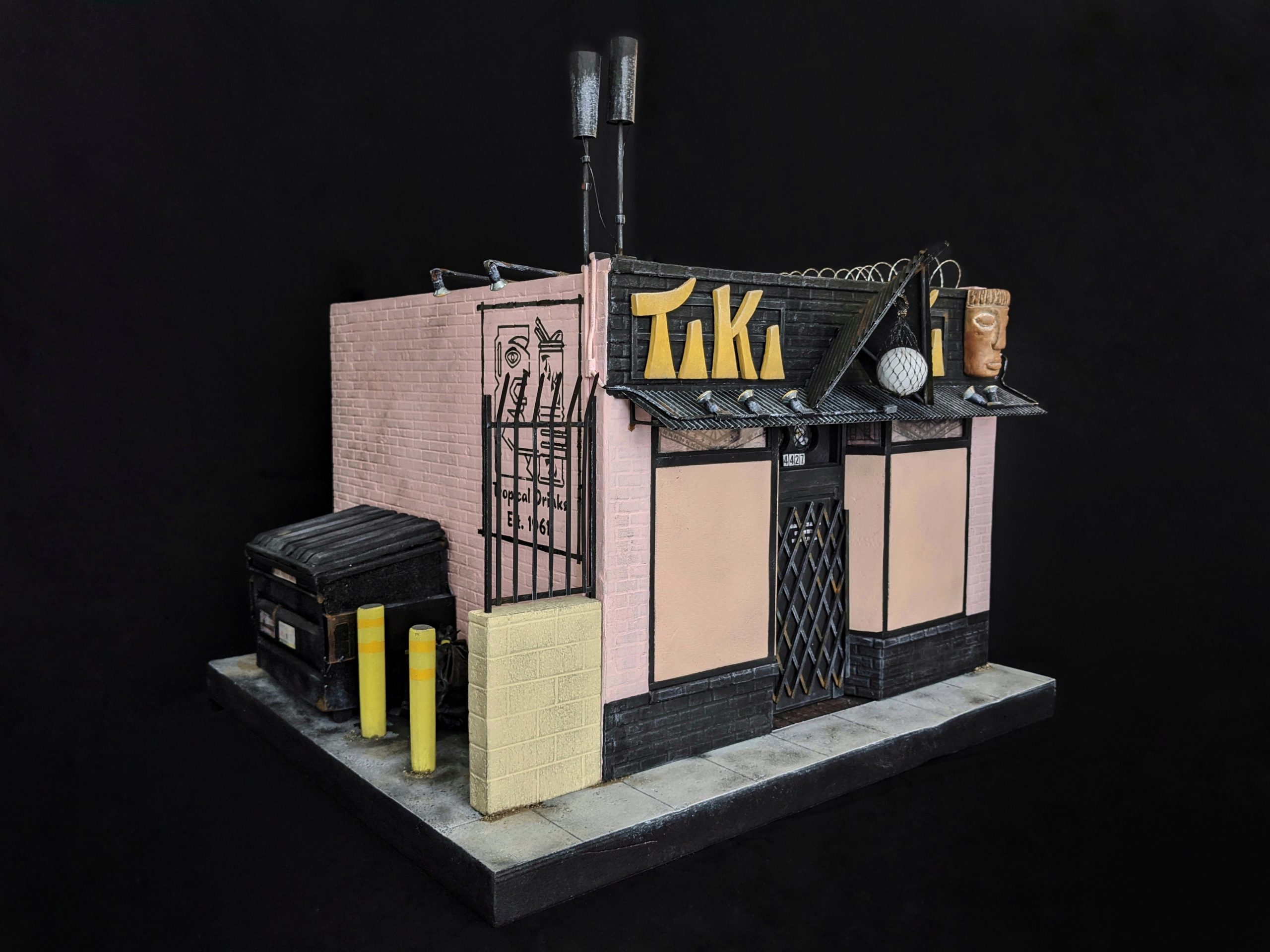 Each of Wright’s vintage buildings show signs of aging and urban grime and read as how they look today, from the tagging on the awning of Rae’s to the razor wire lining the roof of the Tiki Ti. However, for his scale model of Morgan Camera in Hollywood, Wright turned back the clock a few months choosing to base the design on the way the long-shuttered camera shop looked before the façade was obliterated by graffiti earlier this year.

Friends from New Zealand asked Wright why he would leave such a beautiful country. “L.A. has a different type of beauty,” he says. “I see the beauty in the grunge, and the concrete, and the wonderful landscapes.” Wright’s hometown of Napier, in New Zealand, was largely destroyed by an earthquake in 1931 and rebuilt. It has become a magnet for architectural tourists and rivals Miami as the Art Deco capital of the world. “Having an appreciation for that style growing up,” he says. “It was a natural transition to appreciate the Googie style of the 1950s.”

Future landmarks set to receive the shrinking treatment include icons of programmatic architecture; buildings that resemble what they sell. The Tail o’ the Pup hot dog stand, the Idle Hour bar in North Hollywood, and the Chili Bowl in West Los Angeles. Wright’s Instagram followers on @smallscalela buy up the models as soon as they’re finished, so he’s working on a second New Beverly for a customer who missed out the first time.

“I thought of it as a hobby to get me past this pandemic,” he says. “And now everybody’s excited to see what I’m going to do next. I’m here for the long run. There’s nowhere else I’d rather be that in Southern California.”

RELATED: L.A.’s Shuttered Movie Theaters and Venues Are Using Their Marquees to Speak to the City