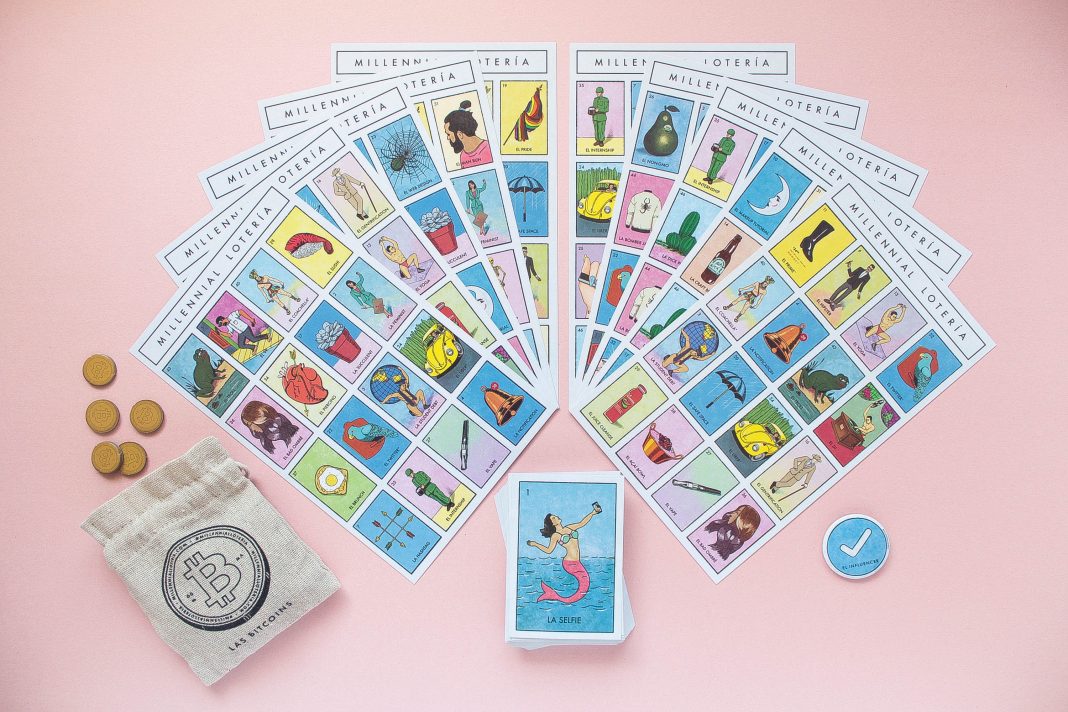 When we think back on childhood family gatherings—whether it was the holidays, a cousin’s birthday party, or just another carne asada on the weekend—lotería (basically the Mexican version of bingo, but with a little more personality) always made an appearance at some point in the night. It wasn’t really a party until a game broke out.

You’d grab your lucky tabla (a board made up of 16 randomized images from the deck of lotería cards), your quarters (if you were playing for money), and your small rocks, pennies, marbles, or beans to fill up your tabla. Like bingo, the game goes on until the first player fills up a row of four across in a horizontal, vertical, or diagonal line. And then you call out, “Buenas!” But in a new redesigned version of lotería, you instead call out “Yaaaaasssssssssss, Millennial Lotería!”

Millennial Lotería creator Mike Alfaro wasn’t looking to remake the game, but rather create a parody of millennial life as seen through a Latinx lens. “I want Latinx millennials to be able to relate to the game in a more modern fashion, to to be able to share it with their friends,” he says.

The 29-year-old Guatemalan writer and creative director, alongside designer Gerardo Guillén, reimagined classic lotería cards like “La Dama” (The Lady) to now be “La Feminist,” they’ve also included an “El/La Gender Fluid” card, and instead of beans, you can use bitcoins to fill up your tabla.

It’s safe to say that older generations won’t necessarily get the point of this modern take on the cards. But that’s the point. “It’s also a good way to start conversations with [our] parents about topics we don’t usually chat about,” Alfaro says. For example, now we can school them on what “El Tinder” or “El Safe Space” mean.

Besides opening the door to more nuanced conversations with family members and friends, the game also addresses what Alfaro sees as a need for accurate representation of Latinx communities. “Latinx representation, especially of young immigrants like myself, has been severely lacking in pop culture,” Alfaro explains. “When they do portray us, it’s always in a negative and stereotypical fashion.” So he took matters into his own hands.

“I wanted to make it more inclusive, not only in the diversity of our people, but also in the inclusiveness of the LGBT community, which is a big part of culture, especially here in Los Angeles,” he says.

Last year, he released 1,000 copies of a limited-edition set, which he’d used his savings to create and produce. Alfaro thought it would take months to run out of the inventory, but every set sold out in fewer than four days.

Before the official launch of Millennial Lotería on December 4, Alfaro had 10,000 preorders. Millennial Lotería has been an Amazon #1 Best Seller since its launch, and Alfaro believes that’s a testament to the power Latinx Millennials have and “how badly they want to be represented.”

Starting in January 2019, Millennial Lotería will be sold at Urban Outfitters, Barnes & Noble, as well as mom-and-pop shops. In the coming year, he also has plans to release new cards through Instagram. The cards that get the most likes and comments will be added to upcoming expansion packs; people can weigh in on their faves at @millennialoteria.

RELATED: A Map for the Millennials

A First Taste of Jimmy and Andrew Shaw’s Torta Co.