Home Uncategorized Michael Jackson’s Dermatologist is Having an Estate Sale 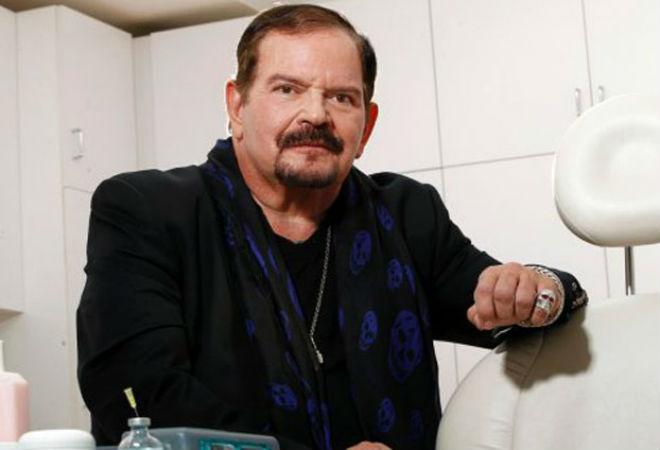 A lightsaber from Star Wars, a marble dining table, and works of art by David LaChapelle, Roy Lichtenstein, and Frank Gehry are among the 10,000 items that dermatologist to the stars, Dr. Arnold Klein, hopes to get rid of at his massive estate sale.

From Michael Jackson to Elizabeth Taylor and Cher, Klein worked on the faces of numerous Hollywood A-listers. Along the way, he somehow found time to amass an impressive magpie collection that ranges from serious and swanky to cool and kooky. On November 13, much of the art, furniture, and knickknacks will be up for sale in Klein’s 12,000 square-foot home in Hancock Park.

Ever wanted a real lightsaber used in the Star Wars movies? Dr. Klein has two—and he’ll throw in an original Jabba the Hut prototype to sweeten the deal. In addition to movie props and memorabilia, Klein is getting rid of five chandeliers; an assortment of Baccarat glasses and stemware, Lalique crystal, and Wedgwood fine china; and for the grand finale, his “bear collection.” (The ad doesn’t specify whether they’re of the stuffed teddy variety or alive and hungry.)

The four-day sale seems to be an everything-must-go situation, so here’s a chance to grab some Disney memorabilia or maybe a Warhol painting. Whatever stuffs your stocking.