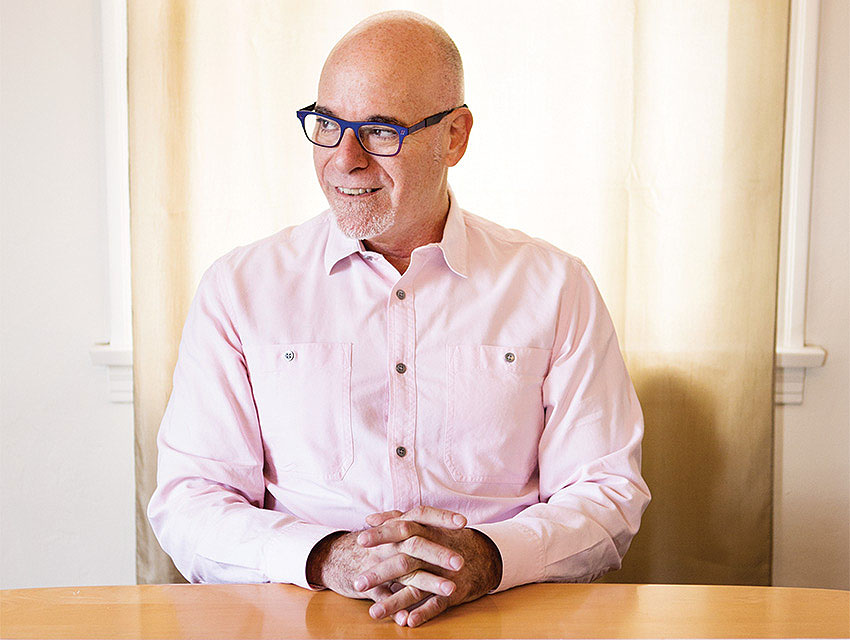 Whether it was Andy Warhol appropriating Campbell’s soup cans or Roy Lichtenstein commandeering a comic strip, pop art usually involved an element of theft. As a middle-school student in the mid-1960s, Bernard Cooper proved a quick study. As Cooper recounts in his new memoir, My Avant-Garde Education, his first intoxicating exposure to Warhol took place in the school library when he picked up a copy of Life and discovered an article titled, “You Bought It, Now Live with It,” about pop artists and the collectors who love them. Cooper didn’t buy—he tore out the entire feature from the glossy magazine. This revelation would turn the humdrum consumer world of his Los Feliz youth into a delightful explosion of charged particles in which L.A.’s roadside attractions, from doughnut shops to gas stations, manifested themselves as the inexhaustible exhibits of a sort of plein air Louvre. It inspired him to compose loving portraits of Gem razor blades and frosty mugs of A&W root beer while still in his teens, and to hoard lint from the dryer, hell-bent on unlocking its aesthetic potential. It helped mold him into one of L.A.’s great cultural critics and memoirists. It also informs the university students in his creative writing classes as well as his recent art—nebulae superimposed on paper doilies, the Pennsylvania Turnpike materializing in the folds of an accordion. The purloined article remains in a box somewhere in Cooper’s Los Feliz home, its pages worse for wear after nearly half a century, the statute of limitations for its abduction long past. But it is still the prime mover for an artist for whom the everyday never ceases to amaze.

Richard Hamilton’s Collage
“The bodybuilder, the woman with the lampshade on her head—Hamilton took images from magazines for his collage and put them together in an inventive way. He took a domestic setting and made it otherworldly.”

Andy Warhol’s Brillo Boxes
“I would have to say that this might be kind of an unpopular choice for greatness,” Cooper says, “but I’ve had this dream of getting three Brillo boxes and experiencing the kind of satisfaction I’d describe as ‘slaphappy.’ ”

Lee Friedlander’s Shadow Photographs
“These are photographs about an individual’s physicality, but there’s no physical presence in it, only fleeting darkness that is cast by Friedlander’s shadow. The effect is metaphysical—completely mysterious.”