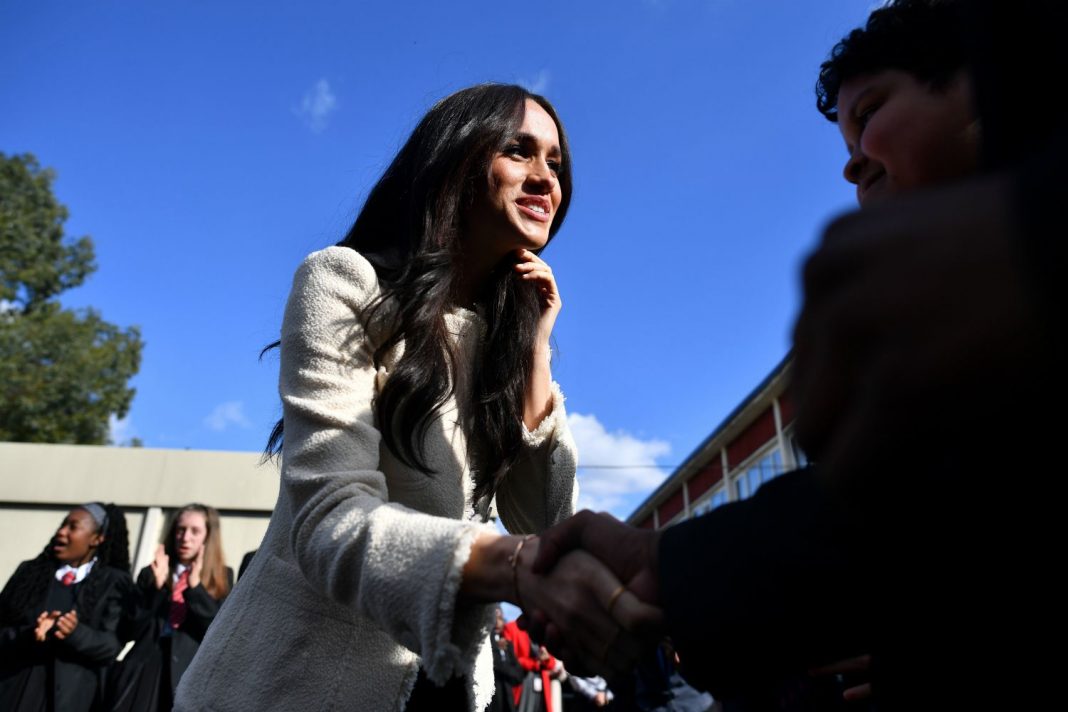 Many celebrities have dispatched messages of encouragement to high school and college students in the graduating class of 2020 over the past several weeks. In a commencement address to seniors at her alma mater, Immaculate Heart High School in Los Feliz, L.A. native Meghan Markle used the opportunity to address the issue at the forefront of everyone’s minds at the moment.

“For the past couple weeks, I’ve been planning to say a few words to you for your graduation,” Duchess of Sussex says. “And as we’ve all seen over the last week, what is happening in our country and in our state and in our hometown of L.A. has been absolutely devastating. And I realized the only wrong thing to say is to say nothing.”

Meghan, Britain's Duchess of Sussex, called the current events in the U.S. ‘devastating,’ in a video message she recorded for students graduating from her old high school in Los Angeles https://t.co/jg44YiRlDt pic.twitter.com/IRQWyVuQZr

“We are seeing people stand in solidarity, we are seeing communities come together and to uplift. And you are going to be part of this movement,” she says.

She goes on to describe a moment she recalls from her sophomore year, when a teacher told her, “Always remember to put others’ needs before your own fears.”

“That has stuck with me through my entire life,” she says. Markle, who went on to become an actress before marrying Harry, the Duke of Sussex, graduated from the Catholic all-girls school in 1999. Since wedding Harry, Markle, who is Black, has been the target of racially charged tabloid coverage in the United Kingdom; the couple recently relocated to Los Angeles, and have already been spotted doing doing work for charitable causes.