Home Celebrity Megan Mullally is Playing Largo, and We Talked to Her About It... 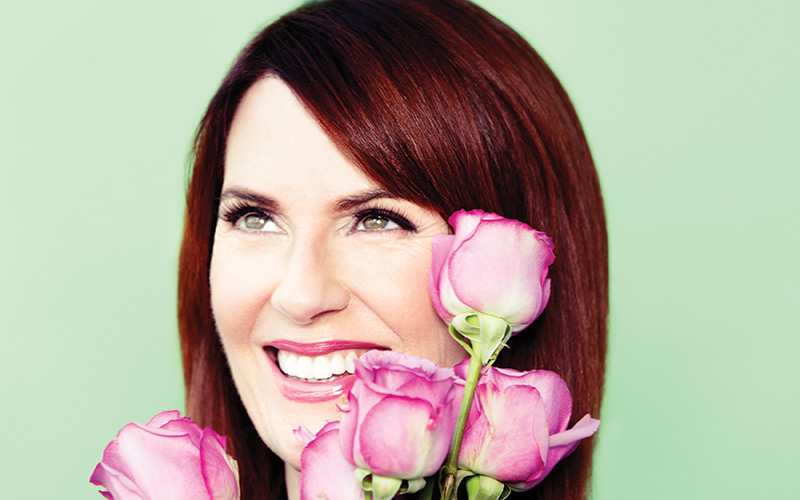 “L.A. is a great city to try yourself out. God forbid you try something out in New York—that’s eight years of therapy right there.”

On April 8, the 58-year-old plays at Largo as one half of the L.A.-based band Nancy and Beth, a project she started in 2011 with actress Stephanie Hunt (Friday Night Lights fans will recognize the 27-year-old from the seminal garagecore band Crucifictorious). The bluesy duo’s first album, which features covers ranging from Wynona Carr’s “Please Mr. Jailer” to Gucci Mane’s “I Don’t Love Her,” drops April 7; they’ll be on tour now through June. Here she talks harrowing left-hand turns and the one reality-TV contestant she’d harass on Twitter.

Pick a Nancy And Beth Hype Man: Glen Campbell or Glenn Close.
Totally Glen Campbell. He’s been instrumental in mine and Nick’s romance. I wouldn’t give up the puss until after we saw Glen Campbell at the Hollywood Bowl. I’d been holding Offerman off for quite a bit, which is insane, because I’d never done that. I had rushed into so many relationships, and I didn’t want to do that with Nick. I didn’t want to have a fling with him—he’s not fling material in any way, shape, or form—so I knew it was going to be a big deal. I wasn’t going to give up the full booty until I was darn good and ready. Glen really fanned the flames. I don’t know why. I don’t know what it was about Glen.

Three Angelenos, dead or alive, you’d collab with on a Nancy And Beth song?
I am obsessed with Randy Newman. I’d like to have a conversation with him for anywhere between 60 seconds and four hours. Nina Simone would get our vibe—we could teach her some of the choreography. And Jesse Plemons. He was also in Crucifictorius.

I will do my best for you.
Thank you.

An unauthorized musical parody of your life is opening at the Pantages. What’s it called?
Off To A Great Start! I’ve always been a late bloomer.

Character from Broadway you’d like to brunch with?
Mama Rose from Gypsy. I’d want to straighten her out. She needs to come to L.A. and chill, maybe audition for some television shows.

If you could start a band with any character you’ve ever played or voiced, who would it be?
Aunt Gayle from Bob’s Burgers. She loves to sing, and she’s quite a prolific songwriter.

Angeleno you’d resurrect to be the opening act for Nancy And Beth?
Dean Martin. He sings some of the funniest fucking songs. But he was such a cad—we’d come on stage exhausted from fending off his advances.

Song that could be the musical soundtrack to your life?
I have to go with—bearing in mind that he wrote it completely ironically—Randy Newman’s “Lonely at the Top.” He wrote it about how it’s so lonely at the top, but he was nowhere near the top. So that’s how I’d also invoke it.

Person you’d anonymously troll on Twitter for a day?
Somebody from the Bachelor franchise. I’m just trying to pick. Oh! Chad. But it has to be anonymous because that guy’s a murderer. I’d troll him and then probably narc him out to the cops.

You almost became a professional ballet dancer. L.A. movie you’d like to see turned into a ballet?
Straight Outta Compton would be unbelievable. As a matter of fact, I may get busy on that.